The Generator has been on air since November 2005. It started as a combined print magazine and radio show but the print publication has been put on hold due to insufficient resources.

Magma trapped below the Earth rises and gas bubbles form, creating a violent molten froth that needs to escape 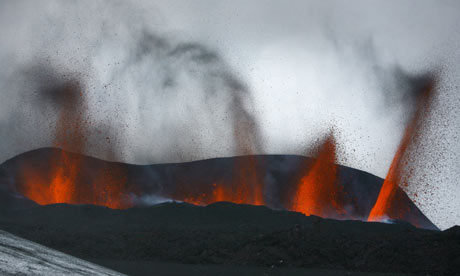 Lava spews out from a mountain in the Hvolsv llur region of Iceland. Photograph: FI R Kjartansson/AFP/Getty Images

Volcanic ash has long been identified as a mortal hazard to aircraft, but whether the cloud spreads further across Britain depends on wind speed and direction.

Magma usually lies as pressurised pools of molten rock deep beneath the Earth’s surface. During an eruption it rises. This drops the pressure and gas dissolved in the magma starts to emerge and forms bubbles, just as it does in champagne when a cork is released.