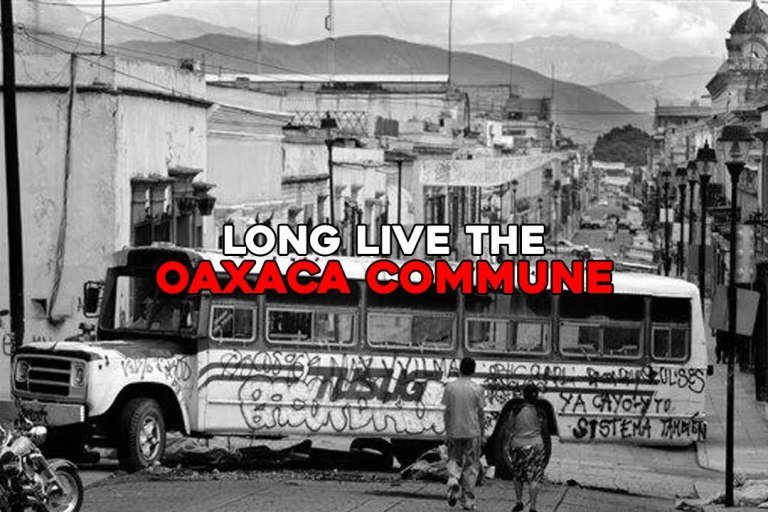 Zapitastas at Oxaca still strong, a decade on

Writing in CounterCurrents this week, Gustavo Esteva reports that the Oxaca Commune in Southern Mexico has continued to evolve and grow despite brutal repression by the Mexican government in 2006. A gentle revolution by the largely indigenous population of 4 million people set out to displace the economy from the center of social life, reclaiming END_OF_DOCUMENT_TOKEN_TO_BE_REPLACED