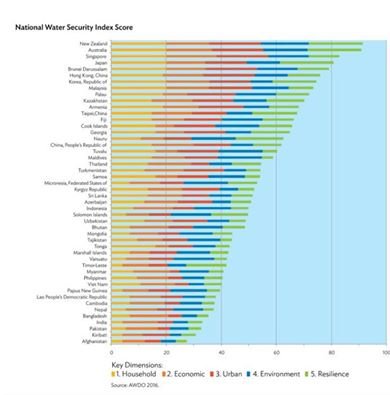 Sixty percent of countries in the Asia Pacific region face water insecurity according to the Asia Water Development Outlook report released last week. The region currently has 1.7 billion people with no access to sanitation and includes 22 cities with populations that will exceed ten million by 2030. These numbers have improved compared to the END_OF_DOCUMENT_TOKEN_TO_BE_REPLACED