What the US government is doing in Syria is tantamount to a war of aggression, which, according to the Nuremberg Tribunal, is the worst possible crime a State can commit against another State

People who shut their eyes to reality simply invite their own destruction, and anyone who insists on remaining in a state of innocence long after that innocence is dead turns himself into a monster

we all need to plan for this future. Florida keys is only a few feet above SLT, just like Barmagui another parts of Australia.
https://www.youtube.com/watch?v=DfWJ_X1Uijs

Everywhere exposed cities and agricultural land will be flooded. Meltwater Rie pulse 1A 5m+ or 16 feet in a century. By 2100 coastal cities will nkow they are doomed.
https://www.youtube.com/watch?v=baGrtqyWSRM

Giant iceberg poised to break off from Antarctic shelf

Predicted to be one of the largest break-offs ever recorded, separation of iceberg could trigger breakup of most northern major ice shelf, Larsen C. A thread of just 20km of ice is now preventing the 5,000 sq km mass from floating away, following the sudden expansion last month of a rift that has been steadily growing for more than a decade. “It just makes the whole shelf less stable. If it were to collapse there would be nothing holding the glaciers up and they would start to flow quite quickly indeed.”
https://www.theguardian.com/world/2017/jan/06/giant-iceberg-poised-to-break-off-from-antarctic-shelf-larsen-c

Is that a Black Hole or a hole in the data?

How to quickly spot dodgy science.
https://theconversation.com/how-to-quickly-spot-dodgy-science-65160
To spot false information
The US government is creating a new $160 million bureaucracy to shut down information that doesn’t conform to U.S. propaganda narratives, building on the strategy that sold the bloody Syrian “regime change”
https://consortiumnews.com/2017/01/01/the-war-against-alternative-information/

Most Important Videos Uploaded In December 2016

Earths past was much hotter

Today global land temperature stands at 14.8C where the most common has been 7C hotter – far too hot for us

Morality vs Ethics: the problem with trolleys

Many people – even many philosophers – think that morality and ethics are the same thing. But they are not. Morality is primarily about making correct choices, while ethics is about proper reasoning. Should you kill the fat man?
http://crookedtimber.org/2010/09/25/trolley-problems-2/
and
http://www.philosophersbeard.org/2010/10/morality-vs-ethics.html

When the researchers corrected the data to take the “cold bias” into account, they concluded that the oceans had warmed 0.12C per decade since 2000, nearly twice as fast as previous estimates of 0.07 degrees. The warming experienced in the first 15 years of the 21st Century was “virtually indistinguishable” from the rate of warming between 1950-99, a time generally acknowledged to have seen significant rates of warming from human emissions of CO2. The study did not go down well with climate sceptics and US House of Representatives subpoenaed the author’s emails which Noaa refused to hand over.
http://www.bbc.com/news/science-environment-38513740

One of the economic arguments that has been used to support current immigration rates has been that it helps offset an ageing population. However, the Commonwealth Bank report noted that this is only “kicking the can down the road”, with the current working age migrants themselves ageing and leaving the workforce 20, 30 or 40 years from now.
http://www.abc.net.au/news/2016-10-14/population-growth-masking-weak-economy-cba/7931928

When hoping for population decline

It is worth remembering what happened to the numbers of the St Matthew Island reindeer herd in the late 1960s.
https://www.adn.com/features/article/what-wiped-out-st-matthew-islands-reindeer/2010/01/17/

Bureau of Meteorology’s annual climate statement cites unprecedented bushfires in regions that don’t usually burn and worst coral bleaching on record, and has been attributed as the cause of damage to vast tracts of crucial kelp forests, oyster farms and salmon stocks across southern Australia.
https://www.theguardian.com/australia-news/2017/jan/05/record-breaking-extreme-weather-in-australia-in-2016-devastates-ecosystems

A well-kept open secret: Washington is behind India’s brutal experiment of abolishing most cash

In early November, without warning, the Indian government declared the two largest denomination bills invalid, abolishing over 80 percent of circulating cash by value. Amidst all the commotion and outrage this caused, nobody seems to have taken note of the decisive role that Washington played in this. That is surprising, as Washington’s role has been disguised only very superficially.
http://norberthaering.de/en/home/27-german/news/745-washington-s-role-in-india#weiterlesen

The dominant story about the future of the world food supply is logical, well known and wrong. Changing Diets, Not Population Growth, is the Dominant Driver of Food Demand
https://ensia.com/voices/changing-the-global-food-narrative/

But by analyzing temperatures alone we have more precise estimates of how climate change could affect the economy. It turns out that temperature has a surprisingly consistent effect on different economic inputs: labor supply, labor productivity, and crop yields all drop off dramatically between 20°C and 30°C.
http://www.businessinsider.com/climate-change-effects-global-economy-gdp-2016-12?IR=T

Obama has also permanently banned oil and gas drilling across large swaths of the Atlantic and Arctic oceans, closed off 1.6 million acres of Western land to development and scrapped the last vestiges of a registration system used largely on Muslim immigrants.
http://thehill.com/homenews/administration/312162-nearing-exit-obama-seeks-to-tie-trumps-hands

In ‘game-changing’ development, China announces it will ban all domestic ivory trade by end of 2017.
http://www.commondreams.org/news/2016/12/31/greatest-single-step-help-elephants-was-just-taken

There’s a new industrial revolution just around the corner, driven by artificial intelligence and robotics. Deterioration within the key institutions of suffrage, education, and land policy indicate that Australia may be left behind this time.
https://theconversation.com/history-suggests-australia-could-be-left-behind-by-the-next-industrial-revolution-69335

NATO’s Playbook Of Proxy Wars In The Middle East

Since the times of the Soviet-Afghan jihad, during the eighties, it has been the fail-safe game plan of the master strategists at NATO to raise money from the oil-rich emirates of Saudi Arabia, Qatar, UAE and Kuwait; then buy billions of dollars’ worth of weapons from the arms’ markets of the Eastern Europe; and then provide those weapons and guerilla warfare training to the disaffected population of the victim country by using the intelligence agencies of the latter’s regional adversaries. Whether it’s Afghanistan, Chechnya, Bosnia, Libya or Syria, the same playbook has been executed to the letter.
http://www.countercurrents.org/2017/01/02/natos-playbook-of-proxy-wars-in-the-middle-east/

What set off the firestorm was that Kerry dared to publicly and forcefully criticize Israeli policy. And that was what the overreaction intended to snuff out. The standard Israeli approach used in situations of this sort is to launch a campaign of intimidation designed to pummel the offender into submission and to discourage others from taking similar course.
http://lobelog.com/what-kerry-did/#more-37365

2016 was a great year for wind and solar, even if nobody noticed.

Renewable energy’s gains this year were incremental and unglamorous. In the US, the amount of residential solar installed rose, with no limits in sight. Utilities built solar projects in record-breaking numbers.
http://grist.org/briefly/drought-doesnt-just-mean-less-water-it-also-means-more-pollution/

The conventional nuclear power method involves inserting radioactive rods into a reactor core where their fissionable material is converted into energy. Problem is, it’s not particularly efficient. Over the four years or so that a rod will remain in use, only about three percent of its available nuclear material is expended, leaving 97% as “waste.” And since nobody seems particularly willing to just fling it into the Sun, this waste must be disposed of in a nuclear repository. Over the past forty years or so, the US has generated 67,500 metric tons of the stuff—enough to cover a football field with spent fuel rods to a depth of seven yards. But what if there were a way to recycle the waste and recapture the remaining energy? 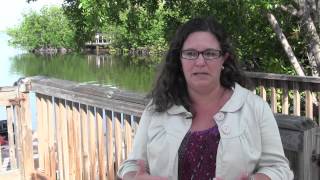