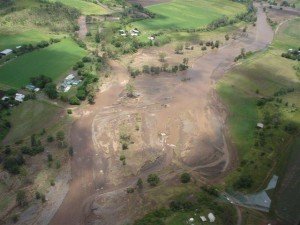 The 2011 Queensland Floods report confirms the concerns of locals Diane and Mark Bruhn about the lunacy of the flood measures being taken by local and state governments.

Published in The Generator last week they provided new evidence that they are bulldozing and burning, increasing the speed and ferocity of the floods and the subsequent damage. If instead they listened to the science, slowed down the rivers and dispersed the water into the landscape, it would reduce flood damage and  have drought reduction value as well. It is well documented that the majority of water in streams comes from groundwater. Clearing the landscape and increasing the speed of run-off reduces the availability of groundwater significantly.

One thought on “2011 report confirms locals concerns about flood management”