A Climate Alarm, Too Muted for Some

A Climate Alarm, Too Muted for Some 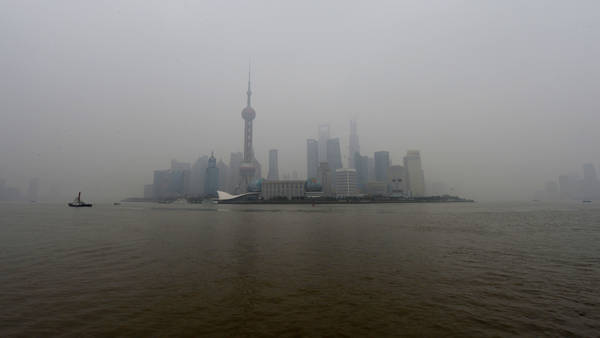 Human Hands in a Changing Climate: The Times’s Justin Gillis talks about what the Intergovernmental Panel on Climate Change will release in their report later this month.

This month, the world will get a new report from a United Nations panel about the science of climate change. Scientists will soon meet in Stockholm to put the finishing touches on the document, and behind the scenes, two big fights are brewing.

Articles in this series focus on the central arguments in the climate debate and examine the evidence for global warming and its consequences.

Factories near Bangkok. A United Nations panel will release a new report on the science of climate change this month.

Fishermen at Marunda beach in Jakarta, Indonesia. Rising sea level is one of the risks associated with burning fossil fuels and higher global temperatures.

In one case, we have a lot of mainstream science that says if human society keeps burning fossil fuels with abandon, considerable land ice could melt and the ocean could rise as much as three feet by the year 2100. We have some outlier science that says the problem could be quite a bit worse than that, with a maximum rise exceeding five feet.

The drafters of the report went with the lower numbers, choosing to treat the outlier science as not very credible.

In the second case, we have mainstream science that says if the amount of carbon dioxide in the atmosphere doubles, which is well on its way to happening, the long-term rise in the temperature of the earth will be at least 3.6 degrees Fahrenheit, but more likely above 5 degrees. We have outlier science that says the rise could come in well below 3 degrees.

In this case, the drafters of the report lowered the bottom end in a range of temperatures for how much the earth could warm, treating the outlier science as credible.

Climate change skeptics often disparage these periodic reports from the United Nations, claiming that the panel writing them routinely stretches the boundaries of scientific evidence to make the problem look as dire as possible. So it is interesting to see that in these two important cases, the panel seems to be bending over backward to be scientifically conservative.

Is it right to throw out bleeding-edge science in the one case while keeping it in the other? That is hard to judge for anybody who is not a working climate scientist. After all, we pay them for their expertise, just as we pay doctors to advise us if we are diagnosed with cancer. And we are talking about two distinct issues here, each with its own specialized body of research.

The group making these decisions is the Intergovernmental Panel on Climate Change, a worldwide committee of several hundred scientists knowledgeable in the complex field of climatology. It won the Nobel Peace Prize in 2007, along with Al Gore, for helping to alert the public to the risks that are being run with the unchecked combustion of fossil fuels.

The group’s decisions will not be final until the official report is released on Sept. 27. We know about them only because a secret draft was leaked ahead of the final editing session coming up in Stockholm. Scientists from a few countries have raised objections to the preliminary decisions on sea level and temperature, and they could well change in the final report.

Perhaps they should; there are climate scientists not serving on the committee this year who think so. Their fear is that the intergovernmental panel might be pulling punches.

It turns out that the Nobel Prize, welcome as it might have been back in 2007, served the same function it has for many other scientists who have won it over the years: it painted a fat target on the committee’s back. The group has been subjected to attack in recent years by climate skeptics. The intimidation tactics have included abusive language on blogs, comparisons to the Unabomber, e-mail hacking and even occasional death threats.

Who could blame the panel if it wound up erring on the side of scientific conservatism? Yet most citizens surely want something else from the group: an unvarnished analysis of the risks they face.

To be clear, even if the Intergovernmental Panel on Climate Change ends up sticking with the lowball numbers in these two instances, they are worrisome enough. As best scientists can tell, the question with sea level is not whether it is going to get to three feet and then five feet of increase, but merely whether it will happen in this century or the next.

Likewise, with temperature, the panel is saying only that the lowball numbers are possible, not that they are likely. In fact, the metric used in the scientific literature, the temperature effect of doubled carbon dioxide, is merely a convenient way of comparing studies. Many people make the mistake of thinking that is how much of a global temperature increase will actually occur.

At the pace we are going, there is no reason to think that we will stop burning fossil fuels when carbon dioxide doubles. We could be on our way to tripling or quadrupling the amount of that heat-trapping gas in the atmosphere. In that case, experts believe, even an earth that turns out to be somewhat insensitive to carbon dioxide will undergo drastic changes.

Obviously, the high estimates are even scarier. So it would be nice to hear an explanation from the drafters of this coming report as to why they made decisions that effectively play up the low-end possibilities. But with the report still officially under wraps, they are not speaking publicly. We are thus left wondering whether it is a matter of pure professional judgment — or whether they have been cowed by the attacks of recent years.

Assuming these decisions withstand final review, it will be fascinating to hear the detailed