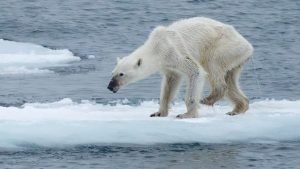 The Arctic continues to break records for warm winter temperatures and low coverage of sea ice.

There was less than one million square kilometres of ice at the end of November, the lowest amount on record and less than half the long term average for this time of year.

Large increases in snow fall and colder temperatures have been recorded in Finland and Russia raising fears that the warmer Arctic ocean may deposit its snow and ice over Europe.