Climate change communication: Key psychological research findings (and why you haven’t heard about them yet) (2)

Climate change communication: Key psychological research findings (and why you haven’t heard about them yet) (2) 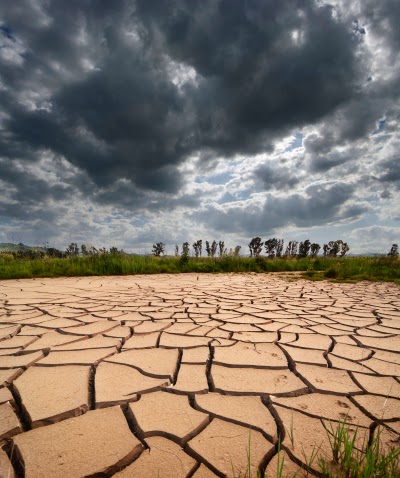 Research has identified a number of psychological barriers that can prevent people from believing in or acting on messages about climate change. Luckily, it has also suggested strategies for overcoming these barriers. Second of a two-part report by Paul Connor.

5. Some messages can get through to conservatives! Sort of…

One of the most common analyses one hears about the social psychology of climate change is that the issue has become increasingly politicised over the last decade. More and more, it is said, people are making up their minds on the issue according to their political allegiance, and not by an objective assessment of the facts. And certainly, there has been an observable trend for opinions on the issue to increasingly diverge across political and ideological lines.
But even with this increasing polarisation, the party line split in climate change attitudes is not absolute. In both Australia and the US, research shows that around one in four conservative voters still accepts the basic tenets of climate change science that climate change is happening and that it is due to human activities. And there is some pretty good research out there that suggests tailoring your climate change messages in the right way can increase their appeal to conservative audiences.

In their 2010 paper entitled ‘System Justification, the Denial of Global Warming, and the Possibility of ”System-Sanctioned Change”’, Irina Feygina of New York University and colleagues explored the connection between attitudes towards environmental issues and a constellation of beliefs known as ‘system justification’. System justification is the tendency in some individuals to defend society’s status quo and see the way things are as right and just. It is strongly related to conservative political attitudes, and is thought to stem from a psychological need for order, structure, and security.

Feygina and colleagues began by using large samples of undergrad students (340 in the first study and 563 in the second) to compile correlational data regarding system justification and environmental attitudes. Oddly, given their paper’s title, they did not look specifically at climate change denial, but focused more broadly on denial of environmental issues in general, which they measured by asking participants how much they agreed with statements such as “The so-called “ecological crisis” facing humankind has been greatly exaggerated”.

In both experiments, they found system justification and environmental denial to be strongly related. In fact, in the second study, they found that the extent to which people reported holding system justifying beliefs largely (but not totally) explained the connection between people’s political orientation and their denial of environmental problems.

The results showed that overall, there was no significant difference between the ‘system sanctioned’ message and the normal message in promoting pro-environmental intentions and behaviours.  However, the results showed that among people high in system justification, the system sanctioned message was significantly more effective. The authors concluded that “…reframing environmentalism as supporting (rather than undermining) the American way or life eliminates the negative effect of system justification on pro-environmental behavior”.

To start, they recruited 155 people “from the general public” who either did not believe climate change was happening or believed it was not human caused. These people were then asked to imagine a future society where substantial action had been taken to combat climate change. After this, they were asked to rate how different that future society would be from today in terms of a number of different characteristics. These included the interpersonal warmth of the society, its societal competence, and its societal development (which involves, for example, scientific or technological advancement). They were then asked about their intentions towards performing ‘environmental citizenship’ actions. These included actions like donating to environmental groups, signing pro-environmental petitions, and voting for political candidates because of their environmental credentials. Results showed that overall, the sceptics were more likely to report higher environmental citizenship intentions when they thought that that acting on climate change would create a more interpersonally warm society, and also when they thought that it would enhance societal development.

Despite this quibble, however, both these studies indicate that climate activists need not necessarily give up on conservative-minded individuals. Instead, they indicate that there is room for tailored messaging towards conservative audiences, which keeps in mind the arguments that will appeal to more conservative mindsets, and remembers that even climate skeptics can sometimes see non-environmental benefits in climate change action.

Another message that seems to be important for winning support for climate change policies is that of the consensus among climate scienists. 97% of climate scientists agree with the consensus position that the planet is warming and we are causing it, yet studies have shown that people generally misunderstand this to a surprising degree.

The authors also performed a mediation analysis. This basically involves checking if your data matches a particular theory about one variable having an effect over another variable via a third mediating variable (For example, the correlation between owning drums and being disliked by neighbours is very likely mediated by a third variable – the overall amount of drums played). They proposed that people’s perceptions of the consensus were affecting the degree to which they held certain key beliefs about climate change (including whether climate change is happening and whether it is human caused), which was in turn affecting their support for climate change policies. Their data supported this theory (though keep in mind this data is correlational!).

Extending upon Ding and colleague’s findings, Stephan Lewandowsky of the University of Bristol and colleagues sought to experimentally investigate the effects of scientific consensus information in their 2012 paper entitled ‘The pivotal role of perceived scientific consensus in acceptance of science’. Surveying people recruited from the street (in Perth I believe, though I’m not sure), they first asked people how many out of 100 climate scientists they believed endorsed the belief that climate change is happening and caused by humans. They then provided information about the 97% scientific consensus to half of these people via a short text and graphs (the other half received a ‘neutral’ message about climate change – I do not know what that was though!), and following this asked people about a number of key beliefs about climate change. Finally, they asked participants about how much they endorsed free market capitalism, a view previously shown to be related to lower belief in climate change.

The last study I want to discuss is the 2010 paper by Paul Sparks and colleagues from the University of Sussex entitled ‘Pro-environmental actions, climate change, and defensiveness: Do self-affirmations make a difference to people’s motives and beliefs about making a difference?’. It’s a nice paper. Not only is it solid scientifically, but I also think it says something pretty poignant about individuals need to be approached by change makers.

Sparks and colleagues were interested in investigating the effect of ‘self-affirmation’ on climate change denial and motivations towards pro-environmental behaviours. The theory behind self-affirmation is basically about how we protect out concept of our self. It suggests that when we feel more sure of ourselves and confident of our own self-image, we are generally more open to receiving new information, and react less defensively to information that is threatening or upsetting in some way.

In Sparks and colleagues’ first experiment, 125 undergrad students were asked to complete either a self-affirmation exercise or a non self-affirming questionnaire about themselves. The self-affirming exercise, designed to strengthen the participants’ perceptions of themselves as being kind, asked the participants to list instances when they had behaved kindly or compassionately towards others. The non self-affirming questionnaire simply asked neutral questions about the participants, such their favourite flavour of ice cream. Following this, all participants were presented with a number of real life climate change communications chosen by the researchers for their ‘threatening’ nature. One was taken from the Guardian newspaper, one from a book by George Monbiot, and one was this gloomy missive from James Lovelock: “Why are we so slow . . . to see the great peril that faces us and civilization? What stops us from realizing that the fever of global heating is real and deadly and might already have moved outside our and the Earth’s control?”. After reading these messages, the participants were asked about their beliefs regarding climate change.

Results showed that the participants who had completed the self-affirmation exercise reported lower levels of denial regarding climate change than non-affirmed participants. Interestingly, this ‘denial’ was mainly due to what the researchers called ‘denial of self involvement’, measured by participants’ agreement with statements such as “My own personal impact upon climate change is insignificant”. While the affirmed participants also reported lower levels of ‘denial of outcome severity’, which was measured by their agreement with statements such as “The threat of climate change has been exaggerated”, this difference was not quite statistically significant.

Sparks and colleagues then used another 90 undergrads to investigat whether self-affirmation would also affect people’s reactions to messages encouraging pro-environmental behaviours such as recycling. This time, their self-affirmed group simply chose a particular value from a list (e.g. kindness, forgiveness, altruism) that they felt was most important to them, while the non-affirmed group did nothing. Following this, information was presented to all the participants about the risks of not recycling, and attitudes and intentions towards recycling were measured.

The results again showed that the affirmation exercise made a difference. Among people who had previously been relatively low in recycling behaviours, the self-affirmation produced significantly higher intentions to recycle in the future. The researchers concluded that “…both studies point to the success of manipulations of self-affirmation and point to further avenues where self-affirmation theory may be potentially applied to the psychology of environmental issues”.

It appears, then, that when people feel more secure and confident about who they are and the values they hold, they are more open to potentially threatening climate change and environmental messages, and also potentially more open to changing their behaviour. Again, when I read this finding I was reminded of an activist I had once seen intuitively applying it in her work. Speaking on television about the need to move away from fossil fuels such as coal, she prefaced everything she said by praising the hard working and self-sacrificing coal communities that had so reliably toiled to provide energy for our society for the past century. Given the threatening nature of her message for those communities, such an affirmation of their worth and moral integrity was no doubt a wise strategy.

I have to say, I do find it kind of amazing that asking someone to list a few occasions they have been kind or choose a value that is important to them could have an effect over their reactions to climate change messages or their intentions to recycle. Yet it did. And this, I suppose, is yet another reminder of a common theme that runs through much of the research discussed here – climate change can simply be confronting to a lot of different people in a lot of different ways. Whether through threatening just world beliefs, through threatening system justification beliefs, through making people feel disempowered, or through threatening people’s sense of self, there are just a lot of ways that people can and will find messages about climate change psychologically aversive. And this is obviously a major challenge for both the activists and social psychologists working in the area. But as I hope I have shown, there are some ways of using evidence-based knowledge regarding these challenges in order to more ably navigate them.