Climate change is happening but we can meet the challenge

Climate change is happening but we can meet the challenge

As carbon emissions rise inexorably, it’s easy to feel powerless as catastrophe looms. But activism is a chance to take control 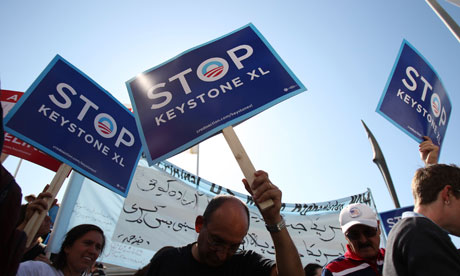 “The level of carbon dioxide in the atmosphere just hit 400ppm,” I told Alex, my 23-year-old son, as we were catching up on news.

I couldn’t think what to say. Alex had just returned from college, a new graduate, ready to start his life as an adult. Like many members of his age group, Alex knows that 350ppm is the threshold for safe levels of carbon in the atmosphere. Pass that level and, climate scientists tell us, things get dicey: soils dry out, damaging food production. There is more frequent and more intense flooding, coastlines get inundated, species go extinct. Farming, which relies on predictable weather patterns, is disrupted, and dry land farming areas turn to desert. Forests die from new infestations and drought, and become more prone to monster fires.

Young people like Alex are coming of age in a world that’s changing much faster than was predicted just a few years ago. Already, scenes of wildfires, floods, drought, and storms border on apocalyptic. And so far, temperatures have risen less than one degree centigrade.

So what does a young person do when confronted with a global climate crisis? What does anyone do?

Based on a roundtable discussion with young leaders and informal conversations with others of all ages, I’ve come to believe that these three steps are essential:

First, let this reality sink in. This is not the future we thought we would have. Young people, especially, have the right to be disappointed, angry, and fearful. It will take courage to face this new normal, especially when so many others remain disconnected from what’s happening. By being mindful of your own emotions, you can experience fear or grief without being overwhelmed by those feelings. And by remaining alert to the way the climate crisis may show up in your life, you can be better prepared and more resilient.

There’s controversy among some environmental leaders about whether to downplay the dangers for fear of frightening people or fostering nihilism. But if we are counting on the unique human genius for creative solutions, we need to be honest about the task at hand, and the consequences of inaction.

Second, take a stand. We may be too late to stop the climate from shifting, but we can likely stop the most catastrophic effects of climate change. People of all ages are stepping up to block extraction, transportation, and burning of fossil fuels and to challenge the clout of the fossil fuel lobby. Some are doing it to protect their community’s water or air or their own health; others are motivated by concern for climate stability and the lives of generations to come. Here are some examples:

• President Obama has the power to stop the Keystone XL Pipeline, which would expedite further extraction of tar sands, an extraordinarily destructive form of energy. Around the United States, people are pressing the president to reject the pipeline and make good on his promise to take on the climate challenge.

• Fracking for natural gas has been sold as a climate-friendly alternative to coal and oil. It is not. Leakage of methane during extraction and shipment makes it as damaging to the climate as other fossil fuels, and it threatens precious groundwater supplies. Communities around the United States are joining up to block fracking.

• In the Pacific Northwest, young people, Native American tribes, and others are mobilizing to stop the rail transport of huge quantities of Wyoming Powder River Basin coal to Northwest seaports for export to Asia.

• Students and alumni are calling on colleges and universities to divest holdings in oil companies. While this might not immediately reduce the mammoth profits of these global corporations, it does help erode the legitimacy of this industry and therefore their claim on public subsidies and special benefits (like the right to use our atmosphere as a dumping ground).

Third, consider ways to replace the consumer-oriented, energy-intensive ways of life that are unaffordable both for many of our families and for the planet. Young people are especially are turning to finding satisfaction in what they contribute, the depth of friendships, and in personal development – rather than in “having stuff”. Building relationships founded in trust and reciprocity increases quality of life and resilience today, and builds the foundation for the life-centered – rather than consumption-centered – world that can thrive within the constraints of a small planet.

The news about the climate is daunting, but we don’t have to wait for skeptics or politicians to get it. We can act right now by getting real about what’s happening, taking a stand to stop further damage to our climate, and working together to build a world that treasures the precious diversity of life on this planet – including human life today and in the future.

Save oceans – save environment June 08, 2013Prev
The American PartyNext