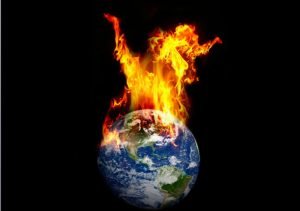 Increasing energy efficiency has long been promoted as a realistic means of reducing consumption and so lowering carbon emissions and resource consumption. Only problem is, gee whiz, that it does not work. Figures of the last two decades of energy use indicate that given an increase in efficiency, the resultant price drop encourages additional use and so increases consumption. In other words, the tendency is for humans to consume as much as we can afford rather than as much as we need.
The battle then is not to simply create better technologies but to better manage our lifestyle expectations and our behaviour.

The more ‘efficient’ our technology, the more resources we consume in a downward spiral of catastrophe. Thanks to efficiency an airline ticket is one of the most environmentally damaging goods money can buy.
The transition from incandescent to LED lights won’t result in any lasting savings as more efficient lighting resulted in more light consumption and therefore higher overall energy spending; efficiencies in cooling technologies encouraged more air conditioning and refrigeration everywhere; although it takes about three times less energy to make a ton of paper than it did in 1965, we photocopy one billion documents  with a 22% growth rate; each unit generated by non-fossil-fuel sources displaced less than one-tenth of a unit of fossil-fuel-generated electricity.
https://thetyee.ca/Opinion/2018/02/26/Energy-Efficiency-Curse/