Disturbances, such as wildfires, contribute to the reduction of carbon sequestration in Europe’s forests
Continue reading the main story

European forests are showing signs of reaching a saturation point as carbon sinks, a study has suggested.

Since 2005, the amount of atmospheric CO2 absorbed by the continent’s trees has been slowing, researchers reported.

Writing in Nature Climate Change, they said this was a result of a declining volume of trees, deforestation and the impact of natural disturbances.

Carbon sinks play a key role in the global carbon cycle and are promoted as a way to offset rising emissions. 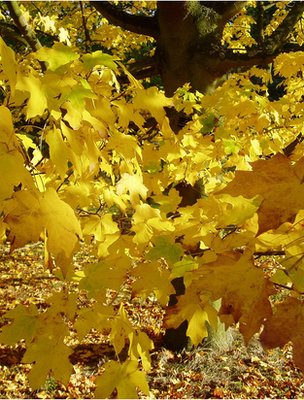 Many of Europe’s forests are reaching an age where growth, and carbon uptake, slows down

Writing in their paper, the scientists said the continent’s forests had been recovering in recent times after centuries of stock decline and deforestation.

The growth had also provided a “persistent carbon sink”, which was projected to continue for decades.

However, the team’s study observed three warnings that the carbon sink provided by Europe’s tree stands was nearing a saturation point.

“First, the stem volume increment rate (of individual trees) is increasing and thus the sink is curbing after decades of increase,” they wrote.

“Second, land use is intensifying, thereby leading to deforestation and associated carbon losses.

“Third, natural disturbances (eg wildfires) are increasing and, as a consequence, so are the emissions of CO2.”

Co-author Gert-Jan Nabuurs from Wageningen University and Research Centre, Netherlands, said: “All of this together means that the increase in the size of the sink is stopping; it is even declining a little.

“We see this as the first signs of a saturating sink,” he told BBC News.

The carbon cycle is the process by which carbon – essential for life on the planet – is transferred between land (geosphere and terrestrial biosphere), sea (hydrosphere) and the atmosphere.

Carbon sinks refers to the capacity of key components in the cycle – such as the soil, oceans, rock and fossil fuels – to store carbon, preventing it from being recycled, eg between the land and the atmosphere. 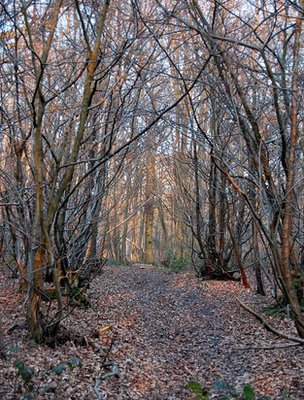 Management techniques, such as coppicing, will help rejuvenate Europe’s forests, the study suggests

Since the Industrial Revolution, human activity has modified the cycle as a result of burning fossil fuels and land-use change.

Burning fossil fuels has resulted in vast amounts of carbon previously locked in the geosphere being released into the atmosphere.

Land-use change – such as urbanisation and deforestation – has reduced the size of the biosphere, which removes carbon from the atmosphere through photosynthesis.

Dr Nabuurs explained that saturation referred to the point where the natural carbon sinks were unable to keep pace and absorb the additional atmospheric carbon being released by human activities.

He said emissions had risen a lot over the past decade, primarily through the rise of emerging economies in countries such as China, India and Brazil.

The researcher’s conclusions appear to contradict the State of Europe’s Forests report in 2011 that showed forest cover in Europe had continued to increase. The report said trees covered almost half of Europe’s land area and absorbed about 10% of Europe’s annual greenhouse gas emissions.

But Dr Nabuurs said that the rate of afforestation was slowing, adding that a sizeable proportion of forests were mature stands of trees, which were mainly planted in the early part of the 20th Century or in the post-World War II period. 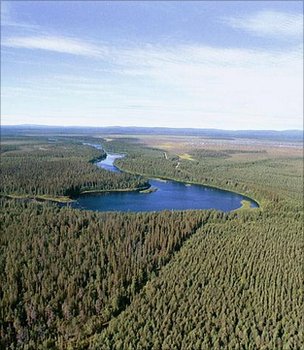 “These forests have now reached 70-80 years old and are starting a phase in the life of a tree where the growth rate starts to come down,” he explained.

“So you have large areas of old forest and even if you add these relatively small areas of new forest, this does not compensate for the loss of growth rate in the old forests.”

However, mature woodlands have been recognised as a key habitat for supporting and conserving biodiversity.

Will this lead to policymakers making a choice between forests’ ecological value and their effectiveness at sequestering CO2?

“That is indeed a large challenge,” said Dr Nabuurs.

“Old forests in Europe are necessary and we certainly need those forests.

“I think policymakers at a national level and within the EU have to be clear that in certain regions, within valuable habitats, that the focus is on old forests and biodiversity.

“But in other regions, maybe it is time to concentrate more on continuous wood production again and rejuvenate forests again, so then you have growing forests and a continuous flow of wood products.

“This seems to be the optimal way to address both the need for wood products and maintaining a carbon sink in growing forests.”

The study’s findings could have implications for EU and member state’s climate mitigation efforts to reduce emissions.

“Most European nations, as part of their emissions reduction commitments, can also use forest carbon sinks,” Dr Nabuurs observed.

“Under the Kyoto Protocol, countries were voluntarily choosing to take that sink into account.

“But in the next commitment period, forest management will be an obligatory part of reaching the emissions reduction targets.

“For some countries, the sink is a very large part of their emissions reduction commitment so the saturation is a real problem, requiring them to take additional measures, for example in the electricity generation or transport sectors.”

As a sizeable proportion of Europe’s forest areas are owned by smallholders, the process of changing the age-profile of the continent’s tree cover could prove challenging with some owners resisting the idea of increasing wood production and tree harvesting.

One potential solution is a pan-European, legally binding agreement on forest management that would look to balance the ecological value of forests against the trees’ commercial and climate mitigation value.

Delegates from more than 40 nations have been working on such a framework since 2011.

However, talks stalled in June when negotiators were unable to reach agreement on a number of technicalities.

“This is a very important process where all the European states are working towards a legally binding agreement,” Dr Nabuurs commented.

“It is a very important framework in which the member states can devise their own national policies.

“It is obvious that within nations, forest policy is often quite weak. To strengthen this, this agreement is certainly necessary.”

Talks are set to resume in the autumn, with the aim of having a draft agreement in place by mid-November for EU forestry ministers to consider. 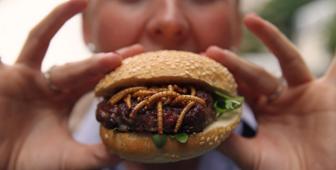 Most stunning images of the week