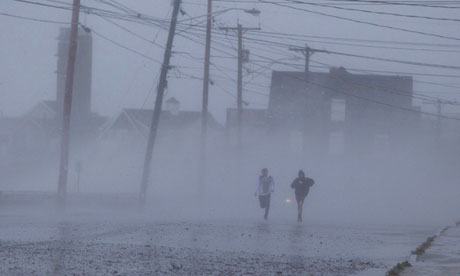 We know that changes we are making to the Earth’s climate will (and currently are) affecting weather. Some of the impacts are clear to see and easy to quantify. For instance, in some regions, droughts are becoming more severe and longer lasting, while in other locations, the opposite is occurring – more precipitation is falling in heavier downbursts. Two competing issues have to be considered. First, increased temperatures are increasing evaporation rates i.e., drying is occurring. Second, increased temperatures lead to more water vapor in the atmosphere, which results in heavier rain/snow events. In regions that are currently dry, the first issue dominates, whereas in wet regions, the second is more important.

Despite these competing effects, scientists can detect changes in the drying/wetting patterns around the globe, and these are linked to human emissions.

For other weather patterns, the evidence is not as clear. For instance for tornadoes, our observations just aren’t good enough to make categorical conclusions. Reliable records in the U.S. started in the early 1950s, but since then, there have been improvements in our sensing instruments, which makes it difficult to assess long-term trends.

A similar situation exists for hurricanes and cyclones. We are more able to observe and quantify these storms now, so we have to ask whether increases in these storms is caused by global warming, by improved measurements, or by both. Similarly, we have had very destructive storms in the U.S. recently, but is the damage due to more powerful storms or increased infrastructure in storm areas? 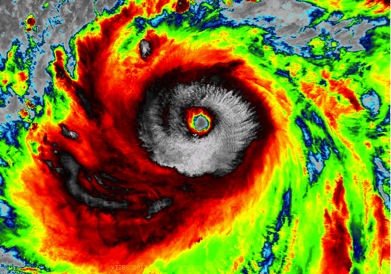 Image of infrared emission from Typhoon Sanba, 2012.One useful tool that can help answer these questions are climate models. Climate models are like virtual reality computer programs. You can input today’s conditions (wind speed, temperatures, pressures, etc.) and predict what will happen in the future. Today’s weather forecasts use similar prediction tools. In some respects, “climate” computer programs and “weather” computer programs are different, but there are some clear similarities. “Weather” prediction programs try to give short-term prognostications of local weather a few days into the future. “Climate” predictions attempt to describe long-term trends in large-scale climate patterns years and decades into the future.

So, how can computer programs help us answer the hurricane/cyclone question? With the help of the program, a scientist can play “what if” scenarios and see how future storms will change. What if greenhouse gases increase? What if ocean temperatures increase? What if wind speeds change? How will these things affect the number and strength of hurricanes?

Very recently, a publication appeared by perhaps the world’s best-known hurricane scientist, Dr. Kerry Emanuel of MIT. Dr. Emanuel combined global computer simulations with more regional simulations to look into the future at the evolution of storms. What he found was surprising. Because the storms will become stronger and more numerous, within the next century, the power dissipated by future storms will increase by about 50 percent. What was particularly interesting was that his findings show increases in both strong and weaker cyclones. 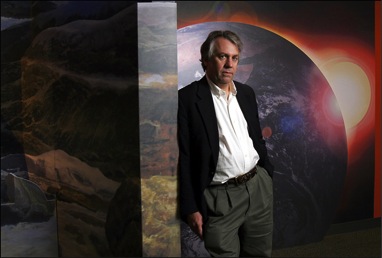 Dr. Kerry Emanuel, MITI asked Dr. Emanuel to summarize the present understanding of hurricanes, and he responded with the following insights:

• The incidence of high-intensity tropical cyclones (Safir-Simpson categories 3-5) should increase, and the amount of rainfall in these storms should increase, upping the potential for freshwater flooding. These changes will not necessarily occur where tropical cyclones develop and thrive today. “Indeed,” wrote Emanuel, “it is likely that there will be decreasing activity in some places, and increasing activity in others; models do not agree on such regional changes.”

• “Very little work has been done on the problem of storm size,” wrote Emanuel, “what little research has been done suggests that storm diameters may increase with global temperature. This can have a profound influence on storm surges, which are the biggest killers in tropical cyclone disasters. ”

Is Dr. Emanuel right? We will have to wait and see. What we do know is he has been right many times in the past, and I am not willing to bet against him. All of this may be academic but it has real human impact. Just ask the people affect by recent storms Katrina, Sandy, Irene, Isaac, Ike, Rita, Wilma, Charley, Ivan, Andrew…you get the point.