The Intergovernmental Panel on Climate Change (IPCC) is meeting in Sweden to thresh out a critical report on global warming.

Scientists will underline, with greater certainty than ever, the role of human activities in rising temperatures.

But many governments are demanding a clearer explanation of the slowdown in temperature increases since 1998.

One participant told BBC News that this pause will be a “central piece” of the summary.

Researchers from all over the world work with the IPCC to pore over thousands of peer-reviewed studies and produce a summary representing the current state of climate science.

Its previous report in 2007 was instrumental in helping the panel share the Nobel Peace Prize that year.

A new Summary for Policymakers on the physical sciences, the first of three parts that make up a report to be released over the next 12 months, will be published in Stockholm on Friday.

It will focus on the science underlying changes in temperature in the atmosphere, the oceans and at the poles.

New estimates will be given for the scale of global warming and its impact on sea levels, glaciers and ice sheets.

In the latest draft summary, seen by the BBC, the level of scientific certainty has increased.

The panel states that it is 95% certain that the “human influence on climate caused more than half the observed increase in global average surface temperatures from 1951-2010.”

But since 2007, there has been a growing focus on the fact that global average temperatures haven’t gone above the level recorded in 1998.

This slowdown, or hiatus as the IPCC refers to it, has been leapt upon by climate sceptics to argue that the scientific belief that emitting carbon dioxide into the atmosphere increases the temperature of the planet, is wrong.

Scientists have attempted to explain the pause in a number of ways, with many arguing that the Earth has continued to warm but that the heat has gone into oceans.

The most recent report suggested that a periodic cooling of the Pacific ocean was counteracting the impact of the extra carbon in the atmosphere.

But there is no certainty and little agreement among scientists on the mechanisms involved.

And this week, when the scientists will go through their summary line by line with officials from 195 governments, the pause is likely to be the focus of heated debate. 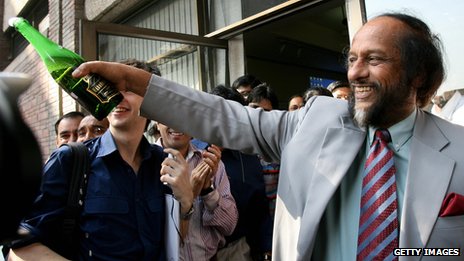 Prof Arthur Petersen is the chief scientist at the Netherlands Environmental Assessment Agency and part of the Dutch delegation that will review the IPCC report.

“Governments are demanding a clear explanation of what are the possible causes of this factor,” he told BBC News.

“I expect that this will be a central piece of the summary.”

There are likely to be tough negotiations between the parties throughout the week, with governments having already submitted around 1,800 comments on the draft.

Any changes to the text will need to be approved by the scientists, who will want to make sure that they are consistent with the underlying reports. This could lead to some tense moments.

“I wouldn’t say there is a reluctance of the authors to take up such an issue as the pause, but they want to do it in a proper way,” said Prof Petersen.

“There will remain a tension between how much you can deliver based on the peer-reviewed science and what the governments would like to have.”

The effect of this slowdown means that the future temperature range predicted by the IPCC will be wider than in 2007, and with a lower starting point.

Many sceptical voices believe this is a recognition that the IPCC modelling process has been too sensitive to carbon dioxide, a claim given some credence by the text of the draft which states that some models have “too strong a response to increasing greenhouse gas forcing”.

But Prof Jean-Pascal van Ypersele, who is a vice-chair of the IPCC, rejects this idea.

Climate change glossary
Select a term to learn more:
Adaptation
Action that helps cope with the effects of climate change – for example construction of barriers to protect against rising sea levels, or conversion to crops capable of surviving high temperatures and drought.
Glossary in full

“To take that out of context, if that change is confirmed this week, and to present it as a big change in the opinion the IPCC has on climate sensitivity, is ridiculous,” he said.

“Most climate scientists wouldn’t say that the 15-year period is a good reason to question the overall quality of models.”

There is a feeling among many scientists involved with the process that this report will be more complicated and cautious than in 2007.

In the wake of that year’s report, a small number of embarrassing errors were detected in the underlying material. The organisation’s reputation was also questioned in the Climategate rumpus.

“Overall, the message is, in that sense more conservative I expect, for this IPCC report compared to previous ones,” said Prof Petersen.

“The language has become more complicated to understand, but it is more precise.

“It is a major feat that we have been able to produce such a document which is such an adequate assessment of the science. That being said, it is virtually unreadable!”