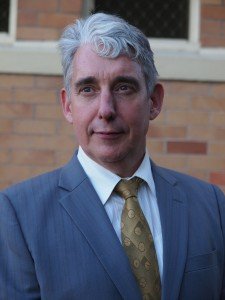 Greens candidate for Griffith, Geoff Ebbs, congratulates his opponent on his return to the role of Prime Minister.

“The people of Griffith can now send a message to the highest office in the land that they are sick of the political gamesmanship and want a government that is building for a long term future.”

He said that the Labor leadership wrangle contrasts with the strong and steady leadership displayed by the Greens.

“Our leadership, like our policies, is stable over a long period and changes gradually with the broad support of the party,” he said.

“Many progressive voters are very sad at the demise of the Labor party. The Greens present a realistic and credible alternative at a time of great challenge.”

He said that Prime Minister Rudd has an extremely challenging task to hold the government together in these final weeks before the election writs are issued.

“It has taken over a century to build and then destroy the Labor Party. The Greens are only two decades into the project of building a progressive alternative for the twenty first century.”

Mr Ebbs looks forward to public debates with Mr Rudd and Mr Glasson to discuss the Green’s vision for a robust economic future for Australia.