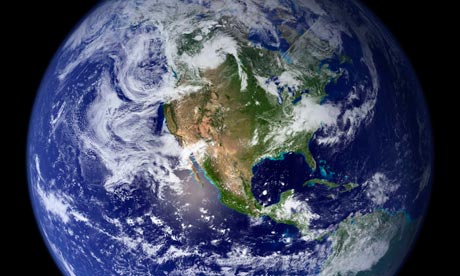 The world is currently on course to exploit all its remaining fossil fuel resources, a prospect that would produce a “different, practically uninhabitable planet” by triggering a “low-end runaway greenhouse effect.” This is the conclusion of a new scientific paper by Prof James Hansen, the former head of NASA‘s Goddard Institute for Space Studies and the world’s best known climate scientist.

The paper due to be published later this month by Philosophical Transactions of the Royal Society A (Phil. Trans. R. Soc. A) focuses less on modelling than on empirical data about correlations between temperature, sea level and CO2 going back up to 66 million years.

Given that efforts to exploit available fossil fuels continue to accelerate, the paper’s principal finding – that “conceivable levels of human-made climate forcing could yield the low-end runaway greenhouse effect” based on inducing “out-of-control amplifying feedbacks such as ice sheet disintegration and melting of methane hydrates” – is deeply worrying.

The paper projects that global average temperatures under such a scenario could eventually reach as high as between 16C and 25C over a number of centuries. Such temperatures “would eliminate grain production in almost all agricultural regions in the world”, “diminish the stratospheric ozone layer”, and “make much of the planet uninhabitable by humans.”

Hansen and his co-authors find that:

“Estimates of the carbon content of all fossil fuel reservoirs including unconventional fossil fuels such as tar sands, tar shale, and various gas reservoirs that can be tapped with developing technology imply that CO2 conceivably could reach a level as high as 16 times the 1950 atmospheric amount.”

They calculate that there is “more than enough available fossil fuels” to generate emissions capable of unleashing “amplifying feedbacks” that could trigger a “runaway” greenhouse effect “sustained for centuries.” Even if just a third of potentially available fossil fuel resources were exploited, calculations suggest, this scenario would still be guaranteed, meaning decisions we make this century will determine the fate of generations to come. 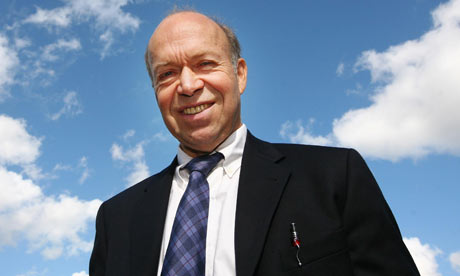 ‘We don’t have a leader who is able to grasp [the issue] and say what is really needed. Instead we are trying to continue business as usual,’ said James Hansen in 2009. Photograph: Gareth Fuller/PA”Governments are allowing and encouraging fossil fuel companies to go after every conceivable fuel”, said Hansen, “which is an obtuse policy that ignores the implications for young people, future generations and nature. We could make substantial parts of the Earth uninhabitable.”

The conclusions of Hansen’s latest paper are stark:

… It seems implausible that humanity will not alter its energy course as consequences of burning all fossil fuels become clearer. Yet strong evidence about the dangers of human-made climate change have so far had little effect. Whether governments continue to be so foolhardy as to allow or encourage development of all fossil fuels may determine the fate of humanity.”

The new paper by James Hansen is just the latest confirming that we are on the verge of crossing a tipping point into catastrophic climate change. Other recent scientific studies show that the current global emissions trajectory could within three years guarantee a 2C rise in global temperatures, in turn triggering irreversible and dangerous amplifying feedbacks.

According to a scientific paper given at the Geological Society of London last month, climate records from Siberian caves show that temperatures of just 1.5C generate “a tipping point for continuous permafrost to start thawing”, according to lead author Prof Anton Vaks from Oxford University’s Department of Earth Sciences. Conventional climate models suggest that 1.5C is just 10-30 years away.

“If just one percent of the permafrost carbon released over a short time period is methane, it will have the same greenhouse impact as the 99 percent that is released as carbon dioxide.”

Another paper suggests that conventional climate modelling is too conservative due to not accounting for complex risks and feedbacks within and between ecosystems. The paper published in Nature last Wednesday finds that models used to justify the 2C target as a ‘safe’ limit focus only on temperature rise and fail to account for impacts on the wider climate system such as sea level rise, ocean acidification, and loss of carbon from soils. It concludes that the 2C target is insufficient to avoid dangerous climate change.

The problem is that our current global emissions trajectory already commits us to a 2C rise anyway. Papers published by the Royal Society in 2011 showed that emissions pledges would still put the world on track for warming anywhere between 2.5C and 5C – and that a failure to deliver these pledges could see global temperatures rise by 7C by 2100. Amongst them, a Met Office study concluded that strong amplifying feedbacks – such as the oceans’ reduced ability to absorb atmospheric carbon dioxide leading to further warming – could see us reach 4C as early as 2060.

But as Hansen explained in a recent interview:

“Four degrees of warming would be enough to melt all the ice… you would have a tremendously chaotic situation as you moved away from our current climate towards another one. That’s a different planet. You wouldn’t recognise it… We are on the verge of creating climate chaos if we don’t begin to reduce emissions rapidly.”

After the last round of climate talks in Doha, a report by Climate Action Tracker concluded that the world is currently on path to see warming of 3C by 2040, triggering the melting of the Greenland ice sheet and Arctic permafrost.

This was corroborated last month by the International Energy Agency (IEA), which found that even with current climate policies in place, we are locked into a rise of between 2C and 5.3C. Two years ago, the IEA concluded that we had five years left to implement urgent energy reforms after which we would no longer be able to avoid dangerous climate change. We are now three years away from that point-of-no-return.

To make matters worse, the IEA’s analysis is based on conventional models which do not fully account for amplifying feedbacks such as methane releases from permafrost thawing. The IPCC’s forthcoming Fifth Assessment Report, like its predecessors, will specifically exclude the permafrost carbon feedback from its projections.

The implication is that policymakers are riding blind – we do not really know how close we are to a tipping point into catastrophe.

There is a solution. According to Hansen, we need to focus on a maximum target of 1C. “The goal of keeping warming close to 1C is to keep climate close to the Holocene range, thus avoiding any major amplifying feedbacks,” he said.

“The 1C goal requires rapid phase out of fossil fuel emissions, which would require a rising carbon fee. To continue to burn every fuel that can be found is the opposite approach – they are day and night.”

Such a rapid fossil fuel phaseout was proposed to the Parliamentary Environment Audit Committee early last year in the form of complete decarbonisation of power by 2030. Unfortunately, the UK bill to that effect was narrowly defeated in the House of Commons last month.

There is still hope – the bill is currently up for consideration by the House of Lords. If the bill eventually passes, Britain might still play a leading role in heralding the energy revolution that could help save the planet, while saving the nation up to £100 billion.