“Happy Talk” About the Climate
The non-binding deal which the US and China just signed will still allow the Earth’s atmospheric carbon dioxide concentration to rise to 500ppm by the end of the century, far past the current concentration of 400ppm. This deal does nothing to forestall a complete, total, unmitigated disaster that is likely to spell the end of agriculture, urbanized civilization, and may doom humans, along with most other large vertebrate species, to extinction.
http://www.informationclearinghouse.info/article40273.htm

Ocean Dead Zones Are Getting Worse Due to Climate Change
Researchers have known that low-oxygen, or hypoxic, areas have doubled every 10 years since the 1960s, largely due to increases in nutrient-filled runoff. But warming and other aspects of climate change will worsen the ability of the oceans to feed a growing planet. The map shows the existing dead zones.
http://www.smithsonianmag.com/science-nature/ocean-dead-zones-are-getting-worse-globally-due-climate-change-180953282/?no-ist
null 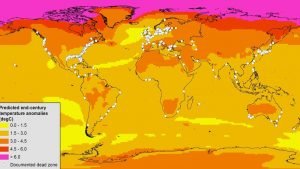 Two successes for AVAAZ and for the rest of us
After a nerve-wracking battle culminating in the delivery of the AVAAZ 1.1 million-strong petition, and hundreds of thousands of emails and calls to key MEPs, the EU Parliament voted for strong Net Neutrality rules. This stops a two-tiered Internet and ensures that all data traffic is treated equally.
http://www.avaaz.org/en/internet_apocalypse_loc/
President Obama has created the world’s largest marine reserve in the Pacific Ocean though he has been under enormous pressure from a powerful fishing lobby to water down the plan.
https://secure.avaaz.org/en/ocean_of_hope_loc/ 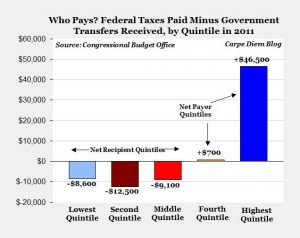 The Insatiable God
For the first time in 170 years, the UK parliament will debate the creation of money. Few people know that 97% of our money supply is created not by the government (or the central bank), but by commercial banks throughthe loans they issue. At no point was a democratic decision made to allow banks to do this. So why do we let it happen? This,is the source of much of the instability of our economies.
http://www.monbiot.com/2014/11/18/the-insatiable-god/

What happened to 20.8 tons of gold?
In an interview on Ukraine TV, the head of the Ukraine Central Bank made the stunning admission that “in the vaults of the central bank there is almost no gold left.”. There was  a strange incident that took place just after the Ukraine presidential coup when “in a mysterious operation under the cover of night, Ukraine’s gold reserves were loaded onboard an unmarked plane, which took the gold to the US.”
http://www.zerohedge.com/news/2014-11-18/ukraine-admits-its-gold-gone