Guy McPherson on a faith that I share
“I want to remind us all that we are mortal. That we don’t have long on this planet even if we live to be 100, so we should pursue what we love instead of pursuing the next dollar…. if you love having children, have children and love them, and no matter how long their lives are, make them be years of joy. And that goes for all of us. If that means you want to bring children into the world, who am I to stop you from pursuing what you love? …. Our social responsibility is to live here, here now, and contribute to the happiness of those around us. We are in a hospice where we are serving as witnesses to our own demise, as well as to the demise of all the other species who dying with us. So let’s embrace our joy and love for this living planet, even as we cause it to become a lot less lovely. And bring joy to all those around us.”

News is what people want to keep hidden; everything else is publicity.  – Bill Moyers 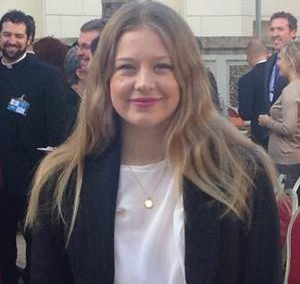 IS Supply Lines Originate in NATO’s Turkey
Germany’s international broadcaster Deutsche Welle published a video of immense implications – possibly the first national broadcaster in the West to admit that the ISIS is supplied not by “black market oil” or “hostage ransoms” but by billions of dollars worth of supplies carried into Syria across NATO member Turkey’s borders via hundreds of trucks a day. The report confirms what has been reported since 2011 – that Turkey has allowed a torrent in supplies, fighters, and weapons to cross its borders unopposed to resupply ISIS positions inside of Syria.
http://freewestradio.com/2014/11/breaking-germanys-dw-reports-isis-supply-lines-originate-in-natos-turkey/

Civil Liberties in Peril Down Under
Australia has passed sweeping secrecy laws, while police officers in New Zealand recently raided the home of a reporter who had published information regarding a government scandal.

How the IPCC has consistently underestimated climate change.
As a result we really haven’t explored a world in which the emissions growth rate is as rapid as we have actually seen happen.
http://www.scientificamerican.com/article/how-the-ipcc-underestimated-climate-change/ 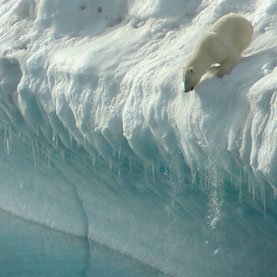 The Permian mass extinction 250 million years ago, also known as “The Great Dying,” was triggered by a massive lava flow in Siberia that led to 6 degrees Celsius. That caused the melting of frozen methane deposits that caused temperatures to skyrocket further. This caused the extinction of 95 percent of all species on the planet were wiped out. Today’s scientific evidence strongly suggests we are in the midst of the same process – only this time it is anthropogenic, and happening exponentially faster than in the Permian.

In 1981 the US had accumulated what was then an astounding $1 TRILLION in debt.
This had taken more than 205 years to accumulate. It would take less than five years to accumulate its second trillion. And as the US government just hit $18 trillion in debt on Friday afternoon, it has taken a measly 403 days to accumulate the most recent.

CEFC turns focus to commercial-ready bioenergy for Australia
The $10 billion clean energy investment vehicle set up by the Labor Gillard government – and since targeted for the scrap heap by the Abbott government – has so far contracted investments of over $900 million in projects with a total value of over $3 billion. Of this, bioenergy investments make up about 10 per cent or nearly $100 million of the total portfolio, and have been focused on waste-to-energy and biogas.
http://reneweconomy.com.au/2014/cefc-turns-focus-commercial-ready-bioenergy-australia-99980

Russia’s Patience Is Wearing Thin
With the western propaganda flying thick and heavy, it’s more important than ever to cut through the chaff and learn what we can about the most important geopolitical realignment (and renewed tensions) in recent memory.
http://www.informationclearinghouse.info/article40353.htm
and
Erdogan hosts Putin to tighten Turkey-Russia alliance
Talks were expected to focus on energy cooperation and to discuss how to triple bilateral trade to a target of $100 billion in the next years from $32.7 billion in 2013, a goal some analysts see as wildly over-ambitious. His visit came just over a week after talks between U.S. Vice President Joe Biden and key NATO ally Turkey failed to reach a breakthrough on cooperating over Syria.
http://dailystar.com.lb/News/Middle-East/2014/Dec-01/279493-erdogan-hosts-putin-to-tighten-turkey-russia-alliance.ashx#sthash.nsKt9B3n.dpuf
and another report, in video

and
On the geo-political implications of cancelling the Southern Gas Route.
http://www.informationclearinghouse.info/article40381.htm
Russia has recently sealed a key deal with Iran to swap Iranian oil for Russian industrial goods. Russia has also agreed to invest heavily in the Iranian nuclear industry. If and when sanctions on Iran are lifted the Europeans will find the Russians already there. Russia has just agreed a massive deal to supply gas to Turkey. Overshadowing these deals are the two huge deals Russia has made to supply gas to China. These show that Russia had made a strategic decision to redirect its energy flow away from Europe. Though it will take time for the full effect to become clear, the consequences for Europe are grim. Europe is looking at a serious energy shortfall, which it will only be able to make up by buying energy at a much higher price.
So far from Russia being dependent on Europe as its energy customer, it is Europe which has antagonised, probably irreparably, its key economic partner and energy supplier. Through the arrangements with China, Turkey and Iran, Russia has dealt a devastating blow to the energy future of the EU. In a few years the Europeans will discover that moralising and bluff comes with a price. By cancelling South Stream, Russia has imposed upon Europe the most effective of all the sanctions we have seen this year.

The map shows how the Ukraine unrest has limited the winter gas supplies for Europe, and how Bulgaria’s blockage is affecting the alternative route across the Black Sea. Agreement with Turkey could keep Europe warm if built in time. 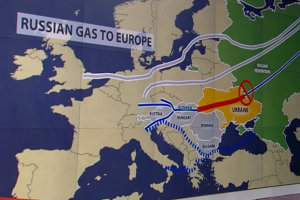 Australia will disgrace itself in Lima, just as it did in Kyoto
In the 1990s, Australia joined with Saudi Arabia in throwing road blocks to the Kyoto Protocol. Australia’s recalcitrance was “rewarded” then because the world was keen to get any sort of treaty, and thus it gave Australia the so called “Australia clause” — which allowed it to increase emissions rather than cut them. So when the Abbott government crows about Australia being one of the few countries that actually met its Kyoto targets, it means nothing. And even less on the international stage.
Now, as talks resume in Lima with the best chance of an agreement in a generation Australia is once again an outlier. And it can expect further “bollockings” in the months to come, particularly as the moves to seal a deal in Paris intensify. The Chinese were reportedly stunned that Australia did not want the environment and environmental goods  included in the free trade agreement just negotiated. No other country has insisted on that.

Australia will disgrace itself in Lima, just as it did in Kyoto

At Home and Abroad, UN Report Details Abysmal US Record of Abuse
An official report by the United Nations Committee Against Torture found that the US has a long way to go if it wants to earn its claimed position as a leader in human rights.The committee slammed the US for its domestic policies such as prolonged solitary confinement; botched state executions; heavy-handed and discriminatory policing practices in the nation’s cities; the treatment of juveniles in the criminal justice system; and serious problems with its immigration enforcement policies.
http://www.commondreams.org/news/2014/11/29/home-and-abroad-un-report-details-abysmal-us-record-abuse

Saudis risk playing with fire in shale-price showdown as crude crashes
Saudi Arabia and the core Opec states are taking an immense political gamble by letting crude oil prices crash to $66 a barrel, if their aim is to shake out the weakest shale producers in the US. A deep slump in prices might equally heighten geostrategic turmoil across the broader Middle East and boomerang against the Gulf’s petro-sheikhdoms before it inflicts a knock-out blow on US rivals.
http://www.telegraph.co.uk/finance/oilprices/11263851/Saudis-risk-playing-with-fire-in-shale-price-showdown-as-crude-crashes.html
and
http://www.businessweek.com/articles/2014-12-01/can-the-us-fracking-boom-survive-with-oil-65-per-barrel

MH17 Witnesses Tell BBC They Saw Ukrainian Jet.
Shortly after the tragedy, a BBC Russian correspondent interviewed numerous eyewitnesses who described seeing a second aircraft in the sky moments before MH17’s fatal crash. The BBC pulled the report. Why?
http://russia-insider.com/en/military_media_watch/2014/11/12/11-48-09am/mh17_witnesses_tell_bbc_they_saw_ukrainian_jet_bbc

In Canada, More Jobs in Green Energy than Tar Sands
A 37 percent employment increase and a cumulative investment of $25 billion in the green energy sector over the past five years has expanded the energy-generating capacity of Canada’s wind, solar, run-of-river hydropower and biomass plants by 93 percent since 2009. The sale of electric vehicle has doubled between 2012 and 2013. The global clean energy revolution isn’t a future scenario. It is underway right now,
http://www.commondreams.org/news/2014/12/02/canada-more-jobs-green-energy-tar-sands