Men occasionally stumble over the truth, but most of them pick themselves up and hurry off as if nothing had ever happened –  Winston Churchill

Arms Trade Treaty Enters Into Force Offering Fresh Hope for the Protection of Civilians in 2015
Campaigners hailed a “huge victory” as after more than a decade of campaigning, the Arms Trade Treaty has become international law at last. The treaty aims to set the highest standards for controlling the $85 billion international trade of arms and ammunition and to cut the supply of weapons to dictators and human rights abusers.
www.commondreams.org/newswire/2014/12/23/arms-trade-treaty-enters-force-offering-fresh-hope-protection-civilians-2015

From Bad to Worse: Notes for Understanding Lima
Emissions were not reduced during COP20. This makes it impossible to catch up with a 2ºC pathway in the next decade, since the global peak year should happen before 2020. This situation is even worse because of a laissez-faire attitude of “do what you want” when it comes to emission cuts, so “pledges” will be replaced by “contributions”.
www.commondreams.org/views/2014/12/22/bad-worse-roadmap-global-burning

Critical Glaciers Melting Under ‘Continuous Warming’
Chinese researchers warn drinking sources may dry up in much of Asia along with vital water to India,
www.commondreams.org/news/2014/12/24/critical-glaciers-melting-under-continuous-warming-study 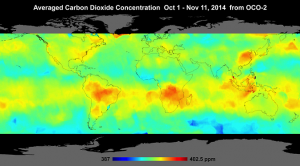 The Stuxnet Attack On Iran’s Nuclear Plant Was ‘Far More Dangerous’ Than Previously Thought
The sober reality is that globally nearly every industrial or military facility that uses industrial control systems is dependent on its network of contractors, many of which are very good at narrowly defined engineering tasks, but lousy at cybersecurity.  Given that the next attackers may be nation-states, they may be likely to go after civilian critical infrastructure.
http://www.businessinsider.com.au/stuxnet-was-far-more-dangerous-than-previous-thought-2013-11

John Pilger: Ukraine Crisis Could Start World War 3
He says he has never known the truth ‘so inverted’ over any one issue. He believes we are in the midst of a cold war more dangerous than the one he grew up with, with a ‘real possibility’ of a nuclear war. He compares it to Iraq, because both involved ‘fiction,’ now the idea that Russia is attacking the West. He says oil prices were driven down by agreement between the US and Saudis, to wreck the Russian economy. He says it was NATO and the US that took over Ukraine, to the point that Joe Biden’s son is on the board of Ukraine’s biggest private gas provider. At a meeting in Yalta in September 2013, the ‘takeover of Ukraine was planned’ by prominent politicians and multinationals. There was a ‘coup stage-managed by the Obama administration,’ and blame shifted to Russia, who acted purely defensively.
http://www.informationclearinghouse.info/article40537.htm

Possible Russian responses to sanctions
The coming perfect storm is evolving on two fronts; an overt economic war by sanctions and a concerted, covert attack on the heart of the Russian economy. If Russia decides to impose capital controls and/or imposes a “holiday” on repayment of larger debt tranches coming due in early 2015, the European financial system will be bombed, as it will if Russia decides to cut off natural gas and oil from the West. Russian intel may wreak non-stop havoc in pumping stations from the Maghreb to the Middle East. Russia may block all the oil and natural gas pumped in the Central Asian ‘stans’. The result would be the greatest financial collapse in history.
www.informationclearinghouse.info/article40512.htm
and
kingworldnews.com/paul-craig-roberts-russia-unleash-ultimate-black-swan-west/
and
http://www.informationclearinghouse.info/article40508.htm
and
http://www.informationclearinghouse.info/article40514.htm

EU asks Russia to go ahead with South Stream
I bet this is now too late as Russia is linked with Turkey, and Turkey is the doorway to Syria, a Russian client state.
Bulgaria is obliged to stand by its obligations to prepare for construction work and issue the required permissions, after talks with the EU leaders
http://itar-tass.com/en/economy/768044

Dick Cheney’s Song of America
The Plan is for the US to rule the world. The overt theme is unilateralism, but it is ultimately a story of domination. It calls for the US to maintain its overwhelming military superiority and prevent new rivals from rising to challenge it. It calls for dominion over friends and enemies alike. It says not that the US must be more powerful, or most powerful, but that it must be absolutely powerful.
www.informationclearinghouse.info/article1544.htm

Head Of Stratfor – a Private CIA – says Overthrow Of Yanukovych Was ‘The Most Blatant Coup In History’
The Russian authorities can not tolerate a situation in which western armed forces will be [in Ukraine] a hundred kilometers from Kursk or Voronezh. The US considers the most dangerous potential alliance to be between German technology and capital with Russian natural and human resources. So the US is trying to antagonize Germans against Russia. This will weaken both of them in favour of the US.
www.countercurrents.org/zuesse201214.htm

US seeks to overthrow Venezuela government
THIS SAME SCENARIO WAS USED IN THE UKRAINE
Tighter US sanctions against Venezuela are aimed to foment violent unrest to try to overthrow President Nicolas Maduro, his defense minister said Saturday. “This US interference is aimed at promoting violence…against our institutions” to oust staunch US critic Maduro. Obama signed a law on Thursday to allow sanctions against senior Venezuelan officials accused of violating the rights of protesters during [CIA-fomented] anti-government demonstrations that rocked the country earlier this year.
http://news.yahoo.com/us-seeks-overthrow-venezuela-government-official-234048242.html>

Cemetery with One Million Mummies Unearthed in Egypt
A cemetery containing perhaps a million mummified bodies has been unearthed in central Egypt. Scientists have already excavated more than 1,700 mummies … It is thought that the mummies were buried around 1,500 years ago, between the 1st and 7th Century AD, when Egypt was controlled by the Roman and Byzantine Empire. Unlike many famous mummified remains these were found in mass graves and appear to be ordinary citizens rather than royalty or other important figures … The mummies appear to be clustered together by hair colour, with those with blond hair in one area and all of those with red hair in another.
http://www.dailymail.co.uk/sciencetech/article-2877855/Cemetery-one-MILLION-mummies-unearthed-Egypt-1-500-year-old-desert-necropolis-largest-found.html

Plants are good parents too
‘Mother’ plants ‘teach’ seeds when to grow by passing on their memory of seasons. Warm temperatures cause plants to produce proteins to regulate flowering and these proteins also ‘teach’ seeds when the best time to germinate. Finding could help prepare us to improve crop yields that are threatened by climate change
www.dailymail.co.uk/sciencetech/article-2879074/Plants-good-parents-Mother-plants-teach-seeds-grow-passing-memory-seasons-study-claims.html