THE PHOTOS
The quake that killed in four countries
Monster 7.8 magnitude earthquake struck Nepal causing massive damage in the capital Kathmandu. The effects were felt in neighbouring countries with at least 36 dead in India, 12 in Tibet and four in Bangladesh Quake also triggered a massive avalanche on Mount Everest killing 18 people and injuring at least 30 climbers
http://www.dailymail.co.uk/news/article-3055745/ 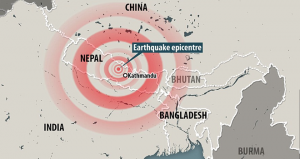 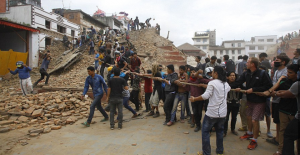