NBA Star speaks out for Sharks 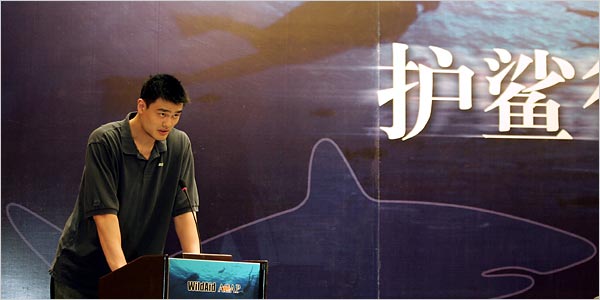 Mr. Yao stated that “endangered species are our friends.”

Swearing off shark fin may not sound like much to Westerners, but here in China, this most expensive delicacy has a long and honorable history.

Emperors loved shark fin soup because it was rare, tasty and difficult to prepare. The soup is served at wedding banquets by families eager to show appreciation to their guests. And Hong Kong and Beijing government officials — not to mention thousands of businessmen hoping to close the next big deal — swear they absolutely have to treat their guests to shark fin soup as a show of respect and honor.

“This is the very basic dish for business dinners in Hong Kong,” said Tan Rongde, 56, a banker. “If you don’t order that, you will lose face.”