The more the climate movement can provide structures for people’s engagement — clear directions and support for people who are ready to tackle the climate emergency — the more people will go into emergency mode.

Folks — we’re in a climate emergency. Tell everyone you know

We are committed to 2.4°C no matter what we do

Leading the Public into Emergency Mode: A New Strategy for the Climate Movement

In emergency mode, members of groups work productively together in a coordinated way to solve a crisis. Then the vast majority of people contribute their best effort and available resources. People fill different roles and take on complementary projects in order to ameliorate the crisis. While the profit motive and self-interested behaviour are not eliminated in a long emergency, working for the common good to create solutions, rather than focusing on their own comfort or advantage, becomes the norm. People gain satisfaction and pride from helping the group, and they feel motivated, even driven to do so.

Late  in  the  prior  interglacial, when sea level rose 6–9 m with evidence of extreme storms while Earth was less than 1C warmer than today.

The Arctic Ocean Above 80 North, It’s Still Summer in November

For in the Arctic Ocean above the 80 degree north latitude line which encircles the crest of our world, temperatures today are around 17C above average. These are the warmest temperatures for this region ever recorded. And they include numerous locations in which temperatures spike to well above 20 C warmer than average.

Climate Change Has Already Altered Nearly Every Ecosystem on Earth

82% of “core ecological processes” on land and sea have now been affected by climate change in a way that had not been expected  to happen for decades. Temperature extremes are causing evolutionary adaption in many species, genetically and physically. Responses include tolerances to high temperatures, shifts in sex-ratios, reduced body size, and migration.

While Obama met Trump in the oval office, new policies, prepared beforehand, were launched. The policies were held back until after the election and would likely not have been revealed or implemented if Clinton had won. The U.S. declared that from now on it will fight against al-Qaeda in Syria

Under Trump’s plan the federal government would offer tax credits to private investors interested in funding large infrastructure projects, who would put down some of their own money up front, then borrow the rest on the private bond markets. President-elect Trump, who is nothing if not bold, can solve the nation’s funding problems by tapping the sovereign right of government to issue money for its infrastructure needs.

Trump Prepares to Takeover the Feds

More People Live Inside This Circle Than Outside Of It

Climate Deniers have to ignore a lot, to believe what they believe. An illustrated list of what we should not ignore.

Birds Can Be Drawn to the Scent of Plastic

Over the last 50 years they feed on a bounty of plastic from trash, usually broken up into small pieces by exposure to waves, ultraviolet radiation and other factors, often called microplastics. These types of birds have a strong sense of smell, and respond to a certain chemical, dimethyl sulfide, as a cue to find their prey.

Ethiopia unrest and the troop withdrawals have come as a opportune boost for al-Shabab as they seize more territory. Ever since al-Shabab was pushed out of the Somali capital, they have been losing major towns across the Horn of Africa. 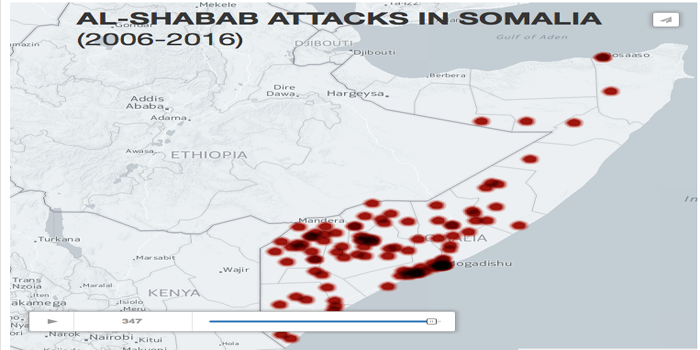 DDoS attacks involve flooding websites with more traffic than they can handle, making them difficult to access or taking them offline entirely. These attacks saw 660,000 requests being sent per second using a network of more than 24,000 hijacked devices located in 30 countries. More than half the devices were in the US, India, Taiwan and Israel.

Anti-Trump Protesters Are Tools of the Oligarchy

I hope no one thinks that simultaneous protests in 25 cities were a spontaneous event. How did 25 independent protests manage to come up with the same slogans and the same signs on the same night following the election? What is the point of the protests, and what interest is served by them? “Who benefits?” Only the Oligarchy. Trump is a threat to the Oligarchy, because he intends to stop the giveaway of American jobs to foreigners. The jobs giveaway, sanctified by the neoliberals as “free trade,” is one of the main reasons for the 21st century worsening of the income distribution. Money that was formerly paid in middle class wages and salaries to American manufacturing employees and college graduates has been re-routed to the pockets of the One Percent.

Trump in the White House: An Interview With Noam Chomsky

Trump has already taken steps to dismantle the EPA by placing in charge a notorious climate change denier, Myron Ebell. His top adviser on energy, billionaire oil executive Harold Hamm, announced dismantling regulations, tax cuts for the industry, more fossil fuel production, lifting Obama’s temporary block on the Dakota Access pipeline. The market reacted quickly. Shares in energy corporations boomed, including the world’s largest coal miner, Peabody Energy, which had filed for bankruptcy, but after Trump’s victory, registered a 50% gain. There had been hopes that the COP21 Paris agreement would lead to a verifiable treaty, but any such thoughts were abandoned because the Republican Congress would not accept any binding commitments.

Climate Change vs Wine: A Snapshot of Year 2050

The world’s most important wine regions, like Napa, Bordeaux, Burgundy, Walla Walla, Rioja, Douro, Barossa and Stellenbosch, are on an irreversible course towards excessive summer heat and drought. 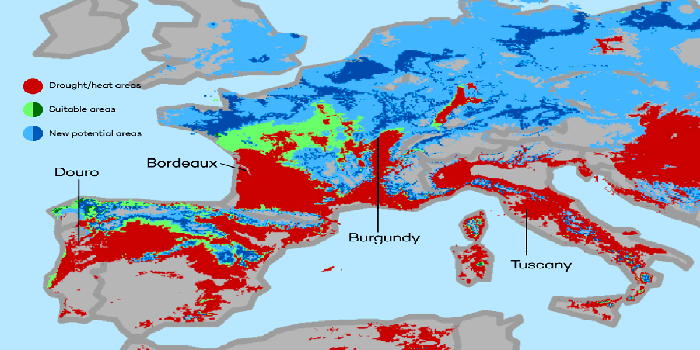 What do we want? Charting the rise and fall of protest in Australia

When economic change and the rise of the New Right in the 1980s saw the collapse of union power, the Old Left was history. In 2003, when the government under John Howard deployed troops to fight in Iraq, 600,000 Australians marched in protest. It was a number never approached before. Despite their massive size, the protests were ignored.

At the stroke of midnight November 9, India imposed an undeclared economic emergency on India. With a stroke of pen he wiped out Rs 15 lakh crores in cash from the system. What prompted this drastic step? What will be the fall out of the action for Indian economy? Behind Modi’s move there is also the ambition of the PM to make India a cashless country.

The Cashless Economy Of Chikalthana

India is falling deeper and deeper into economic crisis. Economic activities in small towns and villages, about 80% of India, is grinding to a halt. Respected journalist P. Sainath reports from  Chikalthana village where Prime Minister Narendra Modi’s dream of cashless India has already been achieved!

For the first time in India, the rich beg the poor to help them

“I’m an ordinary man and I’m suffering hardship too. I was in a long queue on Saturday. But it’s worth it. The rich need to be punished forbeing greedy. I am savouring the moment,” said a smiling Mohan Kishore, who sells fresh coconut water on a South Delhi street.

In the last seven days, the supply of new stocks in this wholesale market, which supplies cooking oil, spices, rice, wheat and pulses to shopkeepers across Patna, has plummeted. The supply of cooking oil is down by 80%.

War on Cash intensifies: Citibank to stop accepting cash at some branches

Less than a week after India’s surprise move to scrap its highest denomination cash notes, another front in the War on Cash has intensified down under in Australia. Yesterday, banking giant UBS proposed that eliminating Australia’s $100 and $50 bills would be “good for the economy and good for the banks.”

As the European Union continues to spiral towards an all-out disaster due to significant economic problems, the migrant crisis, cultural decay, and an overall loss of purpose, countries like Moldova and Bulgaria, which wereonce blinded by the false promises of the European dream, are beginning to shift course back towards the only nation in Europe today that is experiencing a remarkable renaissance – yes, Russia

Greece’s Public Health Services on the Brink of Collapse

The scientists tracked a star about as big as our sun as it was pulled from its normal path and into that of a supermassive black hole before being eaten up. They then saw a high-speed flare get thrust out, escaping from the rim of the black hole. 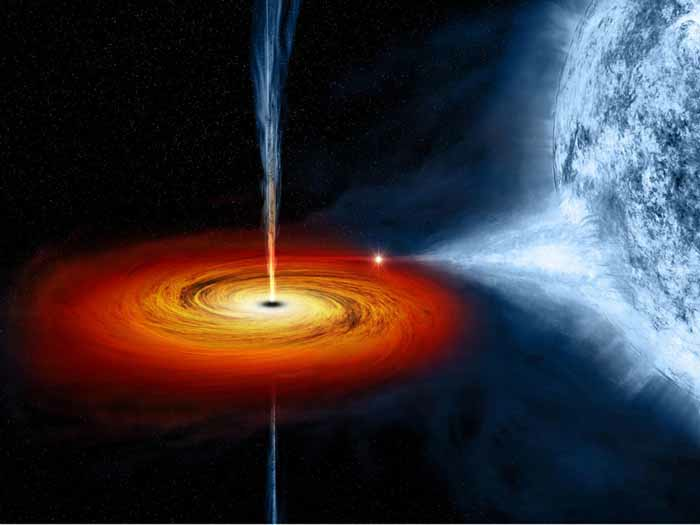