If you are neutral about injustice, you have chosen the side of the oppressor. If an elephant has its foot on the tail of a mouse, and you say that you are neutral, what does the mouse feel about your neutrality?

Always forgive your enemies; nothing else annoys them as much

Inglis, Florida: home to the 1,000th US mass shooting since Sandy Hook

Exxon’s Climate Lie: ‘No Corporation Has Ever Done Anything This Big or Bad’

To understand the treachery – the sheer, profound, and unparalleled evil – of Exxon, one must remember the timing. Global warming became a public topic in 1988, thanks to James Hansen – it’s taken a quarter-century for the world to take effective action. If Exxon – largest oil company on Earth, most profitable enterprise in human history – had admitted: “Our own research shows that these scientists are right and that we are in a dangerous place,” the debate would have ended. That’s all it would have taken; stripped of the cover provided by doubt that Exxon funded, humanity would have gotten to work. Instead, knowingly, they helped organise the lie, and kept that lie going past the point where we can protect the poles, prevent the acidification of the oceans, or slow sea level rise enough to save the most vulnerable regions and cultures. No corporation has ever done anything this big and this bad.

The Problem Of Agriculture

Agriculture’s destructive capacity was ramped up by the industrial revolution that accelerated ecological degradation. Production remains high while the health of the soil continues to decline.  We have less soil that is more degraded, and  we are exhausting groundwater. Contemporary agriculture is dependent on a finite fuel source.

Our Food System Is Broken

A greedy elite are controlling every aspect of our food system — from genome to grocery store. They are growing our food on huge monoculture farms, spraying genetically modified crops with chemicals and feeding these crops to factory-farmed animals.

Planet Save: The Film

A perspective on uncertainty and climate science

I realized what people really need is not the tit-for-tat, back-and-forth endless debate, with each side being “right”; they needed to understand that we scientists really don’t know what climate is doing or will do! No one does. We only have degrees of uncertainty.

An Iraqi historian and archaeologist and a director of Syria’s Palmyra Museum both claimed that an “international Jewish mafia” was plotting to loot the Middle East’s most treasured antiquities in an effort to destroy the region’s Arab heritage.

Say hello to my cruise missiles:

A display of Russian technology revealed the end of the American monopoly over long-range cruise missiles. Pentagon analysts were still working under the assumption their range was around 300 kilometers.

Israel Kills Toddler And a Pregnant Mother In Gaza

Senior Israeli military personnel generally acknowledge that Hamas is not firing the rockets and is attempting to prevent small groups from doing so. While Palestinian violations of the ceasefire are extremely rare, Israel has breached it hundreds of times, according to international monitors.

Over 1,300 Palestinians wounded in Last 11 Days

The death of Moataz Zawahra, 28, takes to 29 the number of Palestinians killed in nearly two weeks.

Israel Prepares Troops After Most Brutal Day Since Mosque Crackdown

In Gaza, hundreds of Palestinians protested Israeli violations in occupied East Jerusalem and the West Bank.

Significant information has come to light since on the Assange story

Should Australian households quit the grid?

it is pretty much accepted that the energy system will change so dramatically in coming years. It will move from a centralized grid, to one where at least half of all demand is supplied – and stored – locally.

Dutch reports that the firm conducted two full-scale experiments recreating the crash, which give “conclusive” results, that the missile used was fired from eastern Ukraine but from an out-of-date model no longer in use by Russia.

The Historic City of Sodom

There’s no way to overstate the Obama administration’s destructive role in Syria. The US has funded, armed and trained the bulk of the jihadi hoodlums that have ripped the state apart and killed nearly one quarter of a million people. Now that Putin has decided to put an end to Washington’s proxy war, the US is planning to add fuel to the fire by air-dropping pallets of ammunition and weapons to their fighters in central and eastern Syria.  The editors of the New York Times derided the program as “hallucinatory.” 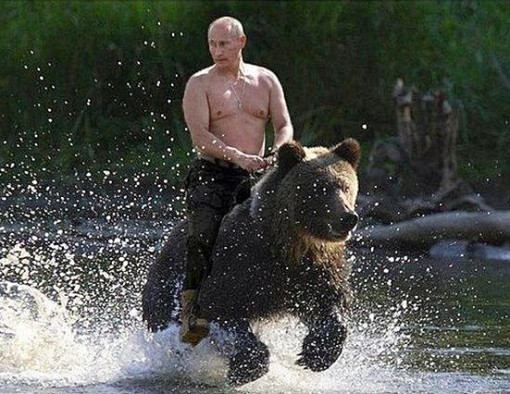 On Building Armies (and Watching Them Fail)

A story of failure – now being repeated in Afghanistan and Syria.

After the US toppled Saddam Hussein’s government in April 2003, Bremer dissolved Iraq’s military, deciding to replace Saddam’s 350,000-man army with a lightly-armed border protection force that would start with 12,000 troops and eventually peak at around 40,000. Bremer’s plans imploded as an insurgency blossomed from the roiling mass of well-trained Iraqi military veterans he had ushered to the unemployment line. A bloodbath ensued and never ended, even as the US built what eventually became the 930,000-man strong Iraqi security forces.

Mexico: how the ‘migrant oasis’ for would-be border crossers became a Mafia trap

When the US ramped up security after 9/11 the town became a hub for remoter desert routes. Then la mafia moved in, bringing kidnapping, extortion and death. Organized crime groups routinely extort, kidnap and kill migrants, turning the town and surrounding desert into a high-stakes gamble. One roll of the dice gets you into the US. Another leaves your bones bleaching in the sand.

Last year’s wave of unaccompanied children migrating to the US helped spark a crackdown in Mexico, forcing people to take alternative routes north where they face armed robbers, corrupt officials and sexual violence

By creating an export industry of “solar fuels” to northern Asia that would rival the coal and gas export industries.“Australia will be the world’s lowest cost source of renewable energy”