Why play with words dividing terrorists into moderate and not moderate. What’s the difference?

Monsanto’s Roundup is sprayed over GMO cotton crops. Traces remain in the cotton. GMO seeds have caused use of glyphosate to increase immensely since the 1990s

Wide-scale alterations in liver and kidney gene expression occur with the consumption of small quantities of Roundup, even at admissible levels, with significant health implications.

The Buffer Has Gone

Thick sea ice used to extend meters below the sea surface in the Arctic, where it could consume massive amounts of ocean heat through melting ice into water. Thick sea ice acted as a buffer. Over the years, Arctic sea ice thickness has declined dramatically. This means that the buffer that used to consume massive amounts of ocean heat carried by sea currents into the Arctic Ocean, has now largely gone.

Methane concentrations with highest methane levels over Greenland on October 16, 2015. 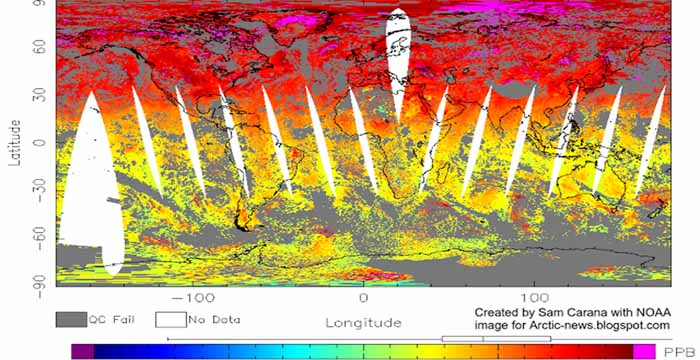 The ritual sacrifice of children or Capacocha may have been performed on this mountain.

Forecast for Persian Gulf: a heat too hot for human body

It is well known that all bacteria die at 63 degrees, so…

The Iranian general who plotted the Syrian assault in Moscow

General Soleimani’ put the map of Syria on the table. The Russians were very alarmed, and felt matters were in steep decline and that there were real dangers to the regime. Soleimani played a role in assuring them that all was not lost.

Evidence Mounts that US Military Knew They Were Bombing Active Hospital

New questions about potential war crimes in US bombing of hospital in Kunduz, Afghanistan

World set to use more energy for cooling than heating

I have been waiting a long time for this penny to drop! Wake up to the inevitable!

Rising demand for air conditioning and refrigeration threatens to make planet hotter and undermine pledges to rein in emissions. Demand is growing and will surge 30-fold by 2100. Already, the US uses as much electricity to keep buildings cool as the whole of Africa uses on everything. China and India are fast catching up. By mid-century people will use more energy for cooling than heating. Emission targets agreed in Paris risk being blown away as governments struggle with the climate-change irony: KEEPING US COOL WILL MAKE THE PLANET HOTTER.

We should demand that all new cooling plants are solar driven. Why not? Its hottest when the sun is out.

Could Beer Save The Honeybees?

Potassium salts of hops beta acids (HBAs) — a biochemical (or naturally-occurring) pesticide that’s derived from hops — around honeycombs. Research has shown that HBAs have potential for repelling varroa mites.

Iceland did what the US didn’t: 26 top bankers sent to prison for role in financial crisis

“We were wise enough not to follow the tradition of the Western financial world in the last 30 years. We introduced currency controls, we let the banks fail, we provided support for the people and didn’t introduce austerity measures like you’re seeing in Europe.”

Over 30,000 starving to death in South Sudan

Some 3.9 million people are in crisis — a third of the country’s population — an 80% rise compared to last year.

Continuing a week of mass demonstrations at 18 campuses across the country demanding the exorbitant fees… be lowered to open the gates of higher learning for all.

Beijing ‘not frightened to fight a war’ after US move

Over 9,000 hate preachers arrested in Pakistan

“All of them were involved in fuelling sectarianism in the name of religion.”

In spite of the coming winter that usually dampens refugees’ incentives to cross the sea in previous years.

Australia is expected to be one of the largest markets for battery storage due to the high cost of electricity, the large number of households with solar panels and Australia’s excellent solar resources.

Historical floating ice appears to have been lost in the Arctic (= 5+ year old). It was predicted to melt by 2022. The ice melt is 6 years earlier than predicted. Previous estimates of when the average global temperature would reach 6°C was 2034, by which time massive global extinction would be proceeding. The new corrected time for this event is 2028 which is 13 years in the future. During the major Permian Extinction event, caused by a massive methane build-up, the mean temperature increased by 5°C over 13 years. As the present mean global temperature is already 1°C hotter, we will be looking at at least a 6°C increase by 2028. The predicted 6°C average global temperature that occurred during the Permian extinction event was caused by a massive buildup of methane in the atmosphere. We are clearly in for a very rough ride in the next decade as the terminal global extinction event approaches.

Climate change can happen in a geological instant

Following a doubling in carbon dioxide levels, the surface of the ocean turned acidic over a period of weeks or months and global temperatures rose by 5 degrees centigrade – all in 13 years.

We know, since the incident of the USS Donald Cook in the Black Sea in April 2014, that Russia can jam all US communication systems. Completely. The entire NATO nervous system is presently jammed.

In Ukraine and Syria, Russian forces are using high-tech equipment to jam drones and block battlefield communications. This includes Israel.

So, what’s their game now?

Your early 20s really ARE your happiest years

Misery plagues middle-age with money and job worries – but the good news is life gets better after 65.

Glaciers on the Tibetan Plateau — the world’s third-largest ice reservoir — “virtually being decapitated”.

Watch Out Tony Blair, The Legal Noose is Tightening

Sir Jeremy was Principal Private Secretary to Tony Blair from June 1999 to July 2003 and a party to every step of the plotting between Bush and Blair to attack, during their April 2002, three-day meeting in Texas

October to be the hottest on record

The above map shows how average October maximum daily temperatures have differed from the long-term average across Australia. Source: Bureau of Meteorology. 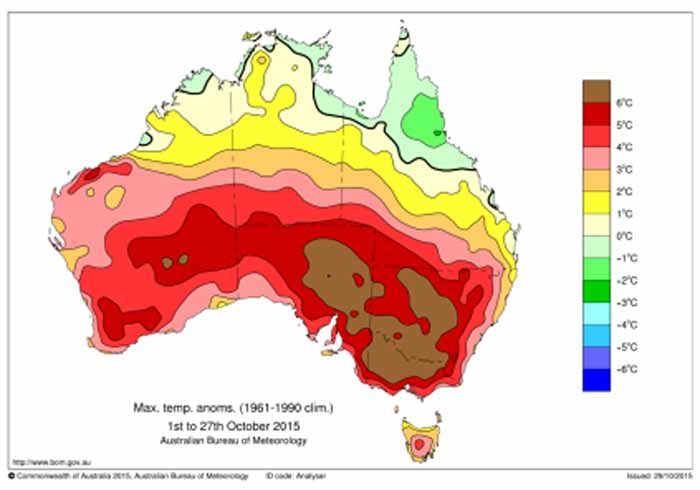