When government is free to do anything it pleases, while citizen may act only by permission, we have the darkest periods of human history with rule by brute force

The Middle East is now multi-nuclear! The Saudi bombs are private property with no constraining hands. The Crescent of ownership runs from Israel to Saudi Arabia, Pakistan and India, and then China and North Korea. Can any of this lot be trusted to put humanity before national pride?

A Nuclear Near East!

While the West was applying pressure on Iran to abandon its civilian nuclear programme, the Saudis were buying the atomic bomb from Israel or Pakistan. We have entered a phase of the privatisation of nuclear weapons – a scenario which until now had been unthinkable. This evolution must be taken most seriously. The Saudis acted within the framework of US policy, and have laid the foundation for a nuclearised Near East

In May 2015, the Joint Arab Force, under Israeli command, used a tactical atomic bomb in Yemen. 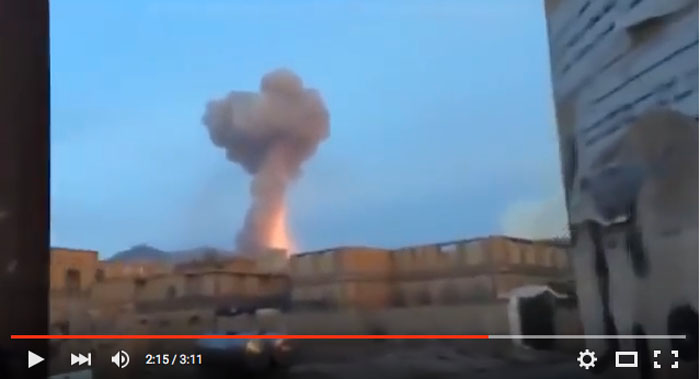 Human activities have transformed the land biosphere into a contributor to climate change.

Each year our terrestrial biosphere absorbs about a quarter of all the C02 that we produce.

Iran’s president may have popular support, but the Islamic Revolutionary Guard Corps has guns. Whoever wins this fight will shape the country for years to come.

The Saudi state is highly fragile with disparate cultures, distinct tribal identities and tensions between a Sunni majority and a Shi’ite minority, notably in the oil-rich east. It could divide into five smaller regions.

The Bernie Sanders voters who would choose Trump over Clinton

Both Trump and Sanders are non-establishment candidates not bought by the special interests. Both are outsiders who understands that the government and the economy are broken.

The average global surface temperature in February was warmer by a far bigger margin than ever seen before. We are now hurtling at a frightening pace toward the globally agreed maximum of 2C warming

Unprecedented Spike in CO2 Levels in 2015

Paris a relic of historic failure

We fool ourselves if we are not deeply alarmed by the recent news. CO2 concentrations jumped by 3.05 ppm during 2015, the largest year-to-year increase in 56 years of research. Scientists are stunned by the “unprecedented” temperature figures for February. Michael Mann says “we have no carbon budget left for the 1.5°C target and the opportunity for holding to 2°C is rapidly fading unless the world starts cutting emissions hard right now”.

Yet we are still getting denial lies like this: 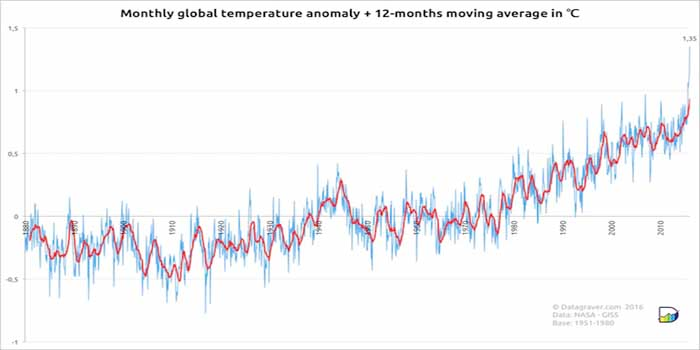 Indonesia, Myanmar and Thailand investigation into slavery in the multi-billion dollar seafood industry shows thousands of migrants from Cambodia, Myanmar and Laos in search of higher-paying jobs were lured onto Thai fishing boats with empty promises about jobs “on the other side” and into years of ongoing seaborne labour.

The scale of the Nazi economic achievement should not be underestimated. It was real and impressive. No other European economy achieved such a rapid recovery. To most in 1930s Germany it seemed an economic miracle.

Viral videos have four things in common that inspire us to share and drive up those YouTube views.

The court ruling is based on the 9/11 Commission Report that some attackers moved through Iran and did not have their passports stamped. Yet none of the 19 hijackers were Iranian citizens, 15 were from Saudi Arabia, 2 from the United Arab Emirates and one each from Egypt and Lebanon.

Analysis Of The Russian Military Pullout From Syria

The Russian intervention is a stunning success, that is indisputable, with a small force and  limited goals: the legitimate authority of the Syrian government has been stabilized and the conditions for a political compromise have been created.

Gambling that President Obama will cooperate in seeking peace for Syria, Russian President Putin called back much of Russia’s military force dispatched to Syria last fall

Israel has grabbed one of the largest Palestinian land plots in the occupied West Ban. These settlements are major stumbling blocks to peace as they are built on land that Palestinians see is part of a future state.

48% of Israeli Jews agreed with the statement, “Arabs should be expelled or transferred from Israel”.

A handy set of tables for the enthusiast,

United Airlines is flying on biofuels.

25 Companies Are More Powerful Than Many Countries

Going stateless to maximize profits, metanationals are vying with governments for global power. In 2001 they were an emerging phenomenon, a divergence from the tradition of corporations taking pride in their national roots. Today, severing state lifelines has become normal business.

After more than two decades of breakneck growth, strikes and labor protests have erupted across the country. Factories, mines and other businesses are withholding wages and benefits, laying off staff or shutting down altogether. Worried about their prospects in a gloomy job market, workers are fighting back with unusual ferocity.

Two Muslims herding eight buffaloes to a local market were bashed and hanged from a tree in Jharkhand state of India. The locals claimed the assailants were Hindu radicals. The men were subjected to extreme levels of brutality. One Government Minister has said that “Muslims can continue to live in this country, but they will have to give up eating beef because the cow is an article of faith here”.