When the government fears the People, that is Liberty. When the People fear the Government, that is tyranny

By focusing on phoney debates about deficits and costings, the major parties and the media are obscuring the big picture. Instead of playing political games, these are the issues we should be talking about,

Success in Speaking out in defence of science: Great Barrier Reef & climate change

We reached millions of Australians via 260 media stories, including 50 big international stories.

Research by the Climate Institute warns the potential damage bill from coastal erosion is conservatively estimated at $88 billion, excluding the value of land. More than 2% of all houses are already exposed to risks of flooding.

and the report itself

The Future Is Here!

In 1998, Kodak had 170,000 employees and sold 85% of all photo paper worldwide. Within just a few years, their business model disappeared and they got bankrupt. What happened to Kodak will happen in a lot of industries in the next 10 year – and most people don’t see it coming

Will humans be banned from driving?

The shared mobility market promises to upend huge industries – auto, oil and personal experience – into a new commodity, shared services. Human driving may be seen as a major health and safety risk that can be addressed by technology.

In 28 states “truck driver” is the most common job. What happens to them when self-driving trucks are on the roads? Automated trucks will be safer and cheaper and will use less fuel. So, millions of truck drivers will be dropped out of the deal, and probably fairly soon. Wendy’s just ordered 6,000 self-service ordering kiosks to be installed, and KFC’s first automated restaurant went live April 25.

In a war between the US and Russia it is guaranteed that the US would be obliterated. There would be no electric grid, no internet, no oil and gas pipelines, no interstate highways, no air transportation or GPS-based navigation. Financial centers would lie in ruins. Government at every level would cease to function. US armed forces, stationed all around the globe, would no longer be resupplied. At worst, the entire landmass of the US would be covered by a layer of radioactive ash.

Are these three connected?

Sweden votes to allow Nato to deploy forces in the country

An international tribunal’s decision will reorder the tense chess game over the South China Sea — and test Washington’s commitment to the Philippines.

Beijing is spending billions on new ports and rail lines, but its ambitions for Europe are as much about geopolitics as commerce. Several of Europe’s biggest countries supported China’s creation of a new international development bank, the Asian Infrastructure Investment Bank, despite heated objections from the United States.

99.2% of new electricity production capacity came from renewables during first quarter of 2016.

Melbourne wastes 200 kg of food per person a year

Food waste is expensive, costing the average household over A$2,200 a year, and it undermines the resilience and sustainability of our food supply.

Israeli society is constantly swerving to the Right and is now ruled by the most extreme rightwing government in history.

The defendants are being sued by Green Group Holdings for speaking out against the hazardous coal ash that the company keeps in a landfill in a residential area—a “sprawling dump” that stands as a symbol of racial and environmental injustice.

The Coalition has restated its commitment to major coal projects like the Carmichael mega mine, to meet what it describes as soaring global demand for the fossil fuel that is inextricably linked to dangerous global warming.

It will provide long term financial support for 120MW of large scale solar farms to fast-track the sector in the state.

France Paralyzed by the ‘War of the Lefts’

The Truth About Syria: A Manufactured War Against An Independent Country

The people of the world should ask Western leaders: Isn’t five years of civil war enough? Is overthrowing the Syrian government really worth so much suffering and death?

UK Trains or Arms Half the Countries on Its List of Human Rights Abusers:

UK armed forces have trained security and armed forces personnel from 16 of 30 regimes who are on a Foreign Office watch list for use of torture and violence.

FBI Will Make A Huge Move Against Hillary Clinton

If you allow someone to pump hours of “programming” into your mind every single day, it will inevitably have a major impact on how you view the world. In America the average person consumes 10 hours a day from 6 giant media corporations that overwhelmingly dominate that market.  90% of the “programming” comes from them

China is operating with a balance sheet equivalent to $60 trillion. Loans from external sources is about $11 trillion while cash is above $3.6 trillion. This cash is the biggest discretionary force in the hands of China’s leaders while nothing worth mentioning is in the hands of any other Western government.

Plan to spend $500 million on a new port complex on Iran’s Indian Ocean coast caps a decade-long quest to find a way to get sorely needed supplies of energy— and outflank Pakistan and to elbow its way into the economic and diplomatic jockeying that is reshaping Central Asia.

The first State of North America’s Birds report finds that of 1,154 bird species that live and migrate in North America, 432 are of “high concern” due to shrinking ranges, habitat loss, invasive predators and climate change.

Business leaders who refuse to look into the realities of their own supply chains are irresponsible. A modern slave cannot refuse or leave because of threats, violence, coercion, abuse of power. Victims of human trafficking, forced labor, debt bondage, sex trafficking, forced marriage. 60% are in five countries: India, China, Pakistan, Bangladesh, and Uzbekistan.

An unprecedented glimpse into the ruthless business practices Donald Trump used to build his business empire.

This is why We Need to Stand Up for the Planet

Polar bears are pictured emaciated and marooned on melting sheets of ice. 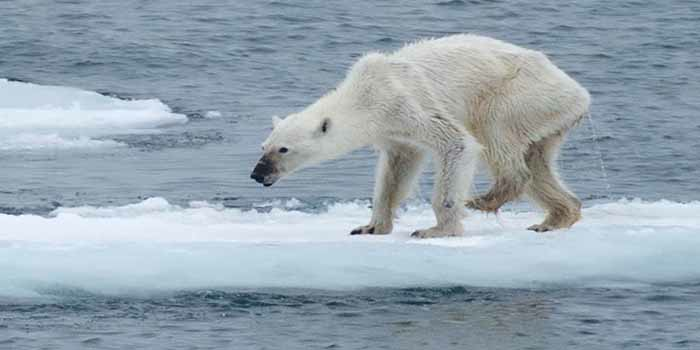