Last week’s quote on The continual destruction of Western culture…… was mistakenly attributed to Emily Spence – for which I apologise.

When was the last time an insect was flattened against your car windscreen?

Where have all the insects gone?

When they returned to one of their earliest trapping sites from 1989, the total mass of their catch had fallen by nearly 80%. In the next year the numbers were just as low. Flies—important pollinators often mistaken for bees—show a particularly steep decline. In 1989, the group’s traps in one reserve collected 17,291 flies from 143 species. In 2014, at the same locations, they found only 2,737 individuals from 104 species.

Climate Change Is Claiming yet Another Victim

Climate change is disrupting the seasonal clock of nine species of North American migratory songbirds, reducing their dwindling numbers due to an inability to successfully breed.  Birds are arriving either too soon and being met with frigid temperatures or too late and missing out on the insect boom that coincides with the new plant growth. Either condition means the birds have a much lower chance of surviving and reproducing.

Our worst case scenario is now looking three times worse than it did previously, With ‘business as usual emissions, the questions are when, rather than if, we will cross a two-metre sea-level rise. The newest studies indicate a two-metre rise by 2100 “would be the more conservative estimate”.

Chart of contribution to sea level rise from Greenland and Antarctic, and combined

Notice that the rate of increase is itself increasing.

The Antarctic Peninsula, which juts out towards South America, is one of the most rapidly warming places on Earth. “Our records are also continuous in time, so we can say with certainty that the responses that we see in our cores are unprecedented over the time scale that our cores stretch back.”

An idea that you can act on now

DEMAND ALL PACKAGING BE RETURNED TO THE MANUFACTURER

Containers and cheap ship transport has made the package the means for selling internationally. Similarly packaged nails make them easier to distribute, even in twos and threes. Food is plastic wrapped not for the benefit of the food or of you, but to make handling easier. We are left with the landfill. See more on Wikipedia  https://en.wikipedia.org/wiki/Reusable_packaging

China’s Silk Road project: A trap or an opportunity?

China’s trading partners are concerned that the new Silk Road project may get them stuck in a ‘debt-trap diplomacy’. As the world’s leading trading nation, the country desperately needs the wheels of globalisation to grind on. Thus, China is willing to commit huge resources to fulfill that outcome.

China is expected to invest up to $1.3 trillion in infrastructure projects

which will connect China’s industrial heartland to Western Europe via both land-based as well as maritime transportation and communication networks.

The Death of the Republic

The deep state’s decision in ancient Rome—dominated by a bloated military and a corrupt oligarchy, much like the US of 2017—to strangle the vain and idiotic Emperor Commodus in his bath in the year 192 did not halt the growing chaos and precipitous decline of the Roman Empire.  Commodus, like a number of other late Roman emperors, and like President Trump, was incompetent and consumed by his own vanity.  He commissioned innumerable statues of himself as Hercules and had little interest in governance.  He used his position as head of state to make himself the star of his own ongoing public show.  He fought victoriously as a gladiator in the arena in fixed bouts.  Power for Commodus, as it is for Trump, was primarily about catering to his bottomless narcissism, hedonism and lust for wealth.  He sold public offices so the ancient equivalents of Betsy DeVos and Steve Mnuchin could orchestrate a vast kleptocracy.

Earlier this week, Guardian US political reporter Ben Jacobs tried to talk to Greg Gianforte, a Trump-backed tech millionaire running for Congress in a hotly contested special election in Montana, about healthcare policy. That conversation ended when Gianforte grabbed Jacobs by the neck, slammed him to the ground and punched him. Jacobs left the scene in an ambulance. Less than 24 hours later, Gianforte was elected to Congress.

China Is Outpacing the US In Reducing Coal and Lowering Emissions

All Power to the Banks! The Winners-Take-All Regime of Emmanuel Macron

Macron won only because a majority felt they had to vote against the ghost of “fascism” allegedly embodied by his opponent, Marine Le Pen.  If people had voted on the issues, the majority would never have elected a man representing the trans-Atlantic elite totally committed to “globalization”, using whatever is left of the power of national governments to weaken them still further, turning over decision-making to “the markets” – that is, to international capital,

EU declared Monsanto weedkiller safe after intervention from US

There are times when the truth is not enough, when only the unvarnished truth will do,  http://www.informationclearinghouse.info/47118.htm

Saudi Arabia’s most barbaric punishments: From flogging to eye-gouging

A British pensioner living in the country will be publicly flogged for possessing alcohol. 350 lashings for a 74-year-old.

Get Over It: The World’s First 3D-Printed Bridge Officially Opened

The world’s first 3D printed pedestrian bridge has been created. It has been installed in an urban park in Madrid, paving the way for other 3D printed outdoor structures.

The 45 nations and territories with little or no democratic rule represent more than half of the roughly 80 countries now hosting US bases in an unprecedented global network of military installations the US has built or occupied since World War II.

The war you’ve never heard of:

There are nearly 50 terrorist organizations and “illicit groups” operating on the African continent. Between 2006 and 2015 attacks jumped from about 100 per year to close to 2,000, some being the most lethal on the planet.

Towards a World War III Scenario: The Dangers of Nuclear War

Michel Chossudovsky exposes the insanity of our privatised war machine. Iran is being targeted with nuclear weapons as part of a war agenda built on distortions and lies for the purpose of private profit. The real aims are oil, financial hegemony and global control. The price could be nuclear holocaust. When weapons become the hottest export of the world’s only superpower, and diplomats work as salesmen for the defence industry, the whole world is recklessly endangered.

If autonomous agriculture takes off, then at some point in the future, you might be eating an apple that was planted, watered, picked, sorted and driven to your local grocery store without any human intervention.

The complaint accuses Saudi officials of being aware that money was redirected from charities to al Qaeda. This is one of six other lawsuits filed against Saudi Arabia by the families of 9/11 victims. 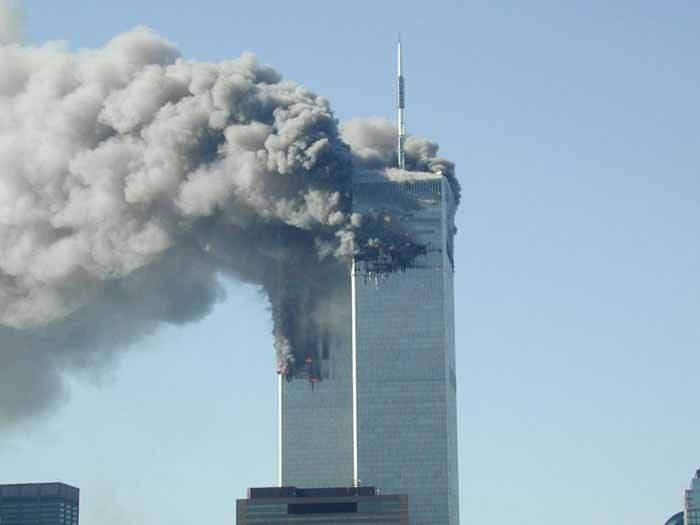