No matter how cynical you become, it’s never enough to keep upLily Tomlin

The carbon dioxide that we have already put into the atmosphere is sufficient, even if you don’t add any more, to raise global temperatures by about four degrees

Human extinction will result from absence of habitat for us, not from our inability to adapt to the changes that are coming.

The daily surface temperature of the Gulf of Mexico last winter never dropped below 73F – you can probably guess how many previous times that had happened: Zero

Twenty-one storms causing a billion dollars or more in damage have taken place in the seven years since 2010, compared with only nine in the full decade of the 1980s

A Sinister War On Our Right To Hold Cash

An operation that began as a seemingly obscure academic discussion three years ago is now becoming a full-blown propaganda campaign by some of the most powerful institutions in the industrialised world. This is what rightly should be termed the War on Cash. Like the War on Terror, the War on Cancer or the War on Drugs, its true agenda is sinister and opaque. If we are foolish enough to swallow the propaganda for complete elimination of cash in favour of pure digital bank money, we can pretty much kiss our remaining autonomy and privacy goodbye. George Orwell’s 1984 will be here on steroids.

ExxonMobil intentionally misled the public on climate change for decades

ExxonMobil calculations that capping global warming at under two degrees Celsius would impose sharp limits on the amount of fossil fuels that could be burned, and thus potentially affect the firm’s growth.

The generals have Trump surrounded

“Military leaders are rapidly consolidating power throughout the executive branch” — that they’re “publicly contradicting” the president and “balking” at carrying out his policies — and civilian politicians react with undisguised relief. They are grateful that, while President Trump transgresses and blunders, the generals in powerful jobs provide “a steadying hand on the rudder,” (Sen. Richard Blumenthal (D-Conn.)).

Let’s Call “Trump’s Generals” What They Are: A Military Junta

This administration has now morphed into a military junta. Though the military-industrial complex has long directed US foreign policy, in the administration of President Donald Trump a group of military officers has gathered unprecedented power and, for all intents and purposes, rules the country. Memos that laid out a system “designed to ensure that the president won’t see any external policy documents, internal policy memos, agency reports and even news articles that haven’t been vetted.” The Hill further noted that Kelly is also “keeping a tight leash” on who gets to meet directly with the President.

High-ranking military officials have become an increasingly ubiquitous presence in American political life during Donald Trump’s presidency, repeatedly winning arguments inside the West Wing, publicly contradicting the president and even balking at implementing one of his most controversial policies.

In 2010, almost a decade into this secret war with its voracious appetite for information, the Washington Post reported that the national security state had swelled into a “fourth branch” of the federal government — with 854,000 vetted officials, 263 security organizations, and over 3,000 intelligence units, issuing 50,000 special reports every year. From my own personal experience over the past half-century, and my family’s history over three generations, I’ve found out in the most personal way possible that there’s a real cost to entrusting our civil liberties to the discretion of secret agencies. Let me share just a few of my own “war” stories to explain how I’ve been forced to keep learning and relearning this uncomfortable lesson the hard way.

The forest of the weird

Earlier this summer researchers discovered an alien-like landscape of glass sponges at a depth of 7,700 feet, near Hawaii. Sadly, the monument is under attack by the Trump administration as part of a “review” of national monuments.

Sea Shepherd says it will abandon pursuit of Japanese whalers

the Japanese whaling companies “not only have all the resources and subsidies their government can provide, they also have the powerful political backing of a major economic superpower. Sea Shepherd however is limited in resources and we have hostile governments against us in Australia, New Zealand and the United States

An electric car for the Chinese market that sells for the equivalent of $8,000 — a price point that will allow it to compete with the gasoline-powered cars positioned at the low end of the Chinese automotive market. China is pushing manufacturers to build more electric vehicles. So far as anyone knows, that program will require all car companies to make enough so-called new energy vehicles to equal “8%” of their total in-country sales by the end of next year.

Zoe, Leaf, & i3 Lead The Crowd In Europe

The water temperature off South Padre Island in the Gulf of Mexico has been 5 degrees more than normal. Houston — America’s 4th largest city — its miles and miles of pavement mean there is no place for the rainwater to go. Significant flooding in Houston is anticipated, especially if the storm stalls over land as it is expected to do. Houston has 30 paved parking spaces for every one of its residents.

As the catastrophic flooding brought about by Hurricane Harvey continues to devastate Texas, reports of “unbearable” smells are beginning to emerge from the state, sparking growing concerns of the long-term health effects that could result from toxic waste and fumes being spewed from temporarily closed oil refineries.

The Science of How Climate Change Kicked Harvey into Higher Gear

Global warming has brought with it a sharp increase in the number of record-breaking daily rainfall events. This is due to the fact that a warmer world holds more storm-fueling moisture in its atmosphere. This warmer, wetter atmosphere increased the peak potential rainfall from Harvey enabling it to smash records for rainfall rates and precipitation totals.

How Climate Change Contributed to Massive Floods in South Asia

Heavy monsoon rains have caused disastrous floods and left millions displaced in South Asia. Like Harvey, climate change played a role. Across Nepal, Bangladesh, and India, an exceptionally strong monsoon season has left almost 1,200 dead and displaced or affected tens of millions more. Heavy rains led to unprecedented landslides and floods—as much as a third of Bangladesh is under water—leaving communities cut off as they face food and fresh water shortages and disease threats that will remain long after the water recedes.

The flooding actually submerged more than one-third of Bangladesh. As in, a third of the whole country was submerged under water by the floods. Needless to say, there has been extensive damage to the agriculture there — with crops on 10,583 hectares of land having been completely washed away, and a further 600,587 hectares of farmland also being damaged.

A new estimate of biodiversity on Earth

Anyone who has studied biology, watched a nature documentary, or, for that matter, simply enjoyed time in the outdoors, has likely been amazed by the variety of plant and animal life on our planet.

A significant disruption to refined fuel imports, “the vast majority of which comes from south-eastern Asia”, would start to bring the country to its knees within a week. “We can’t move by rail anymore because we don’t have the rolling stock. We don’t own ships anymore. And the trucks that move fuel are designed for ‘just in time’ normal commercial deliveries.”

Google is coming after its critics

Google has established a pattern of lobbying and threatening to acquire power. It has reached a dangerous point common to many monarchs: The moment where it no longer wants to allow dissent.

Hundreds of new species discovered in Amazon in two years

One bird, 20 mammals (including two fossils), 32 amphibians, 93 fish, 19 reptiles and 216 plants were detailed in the report, “The findings come as huge parts of the forest are increasingly under threat, sparking further concern over the irreversible — and potentially catastrophic — consequences unsustainable policy and decision-making could have,”

Plyscrapers Are On The Rise, Cutting Carbon Emissions

In building construction, there are a plethora of materials available that are more environmentally friendly than concrete. But when you think of what it takes to create a skyscraper, many of the alternatives just don’t fit the bill. You’d be forgiven for thinking that a highrise structure of any notable size could only be erected using concrete and steel, but with the arrival of plyscrapers, this notion is being turned on its head. 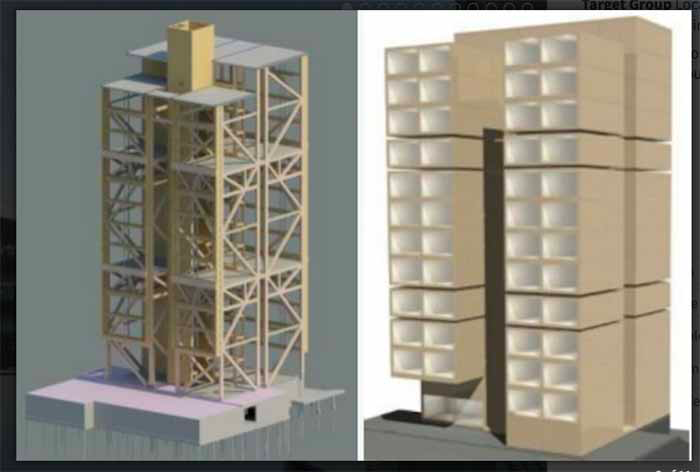