Proceedings of the National Academy of Sciences,

Today the tyrant rules not by club or fist, but disguised as a market analyst who shepherds his flocks in the ways that suit him

Free enterprise is a system of public subsidy and private profit, with government intervention to maintain a welfare state for the rich

You do not have to be apolitical pundit to realise that the new axis of evil – the US, Israel and Saudi Arabia – are preparing joint military actions against Iran and Hezbollah

The orchestrated hostility toward Russia, China, Iran, and North Korea protects the $1,000 billion annual budget of the military/security complex

The most dire turn out to be the most accurate

The most extreme estimates of the effects of global warming are likelier than more optimistic predictions. With the current level of greenhouse gas emissions remaining steady, researchers say, there is a 93% chance that the planet will be more than 4C warmer. Earlier estimates held that there was only a 62% chance of this level of warming.

An Open Secret: Washington was Behind India’s Brutal Experiment Of Abolishing Cash

Without warning, the Indian government declared the two largest denomination bills invalid, abolishing over 80% of circulating cash. Amidst all the commotion and outrage this caused, nobody seems to have taken note of the decisive role that Washington played in this.

The weakness of Syrian security forces, combined with Russia’s need to downsize its overtasked military in Syria, has left security gaps in the fragile country. Filling these gaps with PMCs is a plausibly deniable, economically feasible, politically viable, sustainable and flexible option for Moscow.

Why the Democrats Will Run Michele Obama in 2020

Michelle already knows the drill,  that’s what makes her the perfect candidate. She knows the president is a meaningless figurehead. She knows the whole thing is a charade. She knows that the rich will get richer while working people get stomped on. And now its her turn to shine, her turn to take center-stage and lead the conferences, and meet the foreign dignitaries, and spar with the press, and hold meetings in the Rose Garden, and languish in the big leather chair in the Oval Office. Michelle’s day is coming, and the party leaders are already licking their chops. 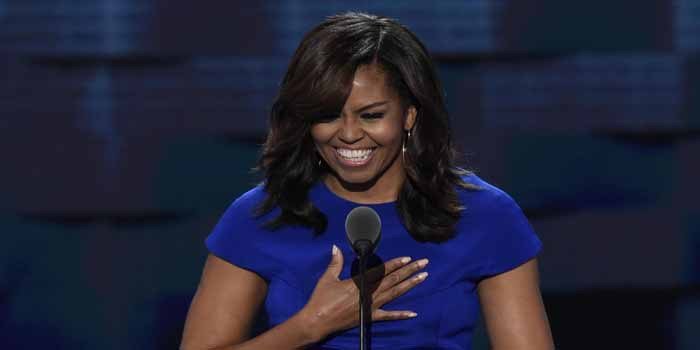 A scheme to introduce hen keeping to the elderly is turning out to have a miraculous effect on their wellbeing by reducing isolation and depression  The idea came in early 2012, when a man at a dementia care centre nearby kept telling staff he missed his ‘girls’.

Power of community – The Blackheath Alliance

In an era that is being defined by adversarial politics and short term thinking, the Blackheath community is demonstrating another approach –and one that’s proving to be extraordinarily effective. By working collaboratively, with the long game in mind, they’re proving that their strategy is clearly worth emulating.

Climate change starts to take its toll on housing market

“Disaster on the horizon: The price effect of sea level rise” – the conclusion is that homes exposed to sea level rise sell at a 7%t discount relative to observable equivalent unexposed properties equidistant from the beach. This discount has grown over time.

The sixth mass extinction event in Earth’s history is now accelerating at an unprecedented rate with 200 species of plants, birds, animals, fish, amphibians, insects and reptiles being driven to extinction DAILY. For a taste of the vast literature on this subject.

It’s hugely significant that the Saudis fired five times at the incoming missile and missed. An analysis suggests the missile’s warhead flew unimpeded over Saudi defenses and nearly hit Riyadh’s airport. The warhead detonated so close to the domestic terminal that customers jumped out of their seats. The Iranian-backed Houthis, once a ragtag group of rebels, have grown powerful enough to strike major targets. And they underscore longstanding doubts about missile defense technology, a centrepiece of American strategies.

The premise is simple: Once the US detects a missile launch with a variety of radar systems, it will shoot its own interceptor into the sky. After the enemy warhead separates from its rocket booster, a defensive interceptor, or “kill vehicle,” separates from its own booster and attempts to crash into the warhead. Executing this manoeuvre during a roughly twenty minute window against a warhead moving faster than the speed of sound is extremely difficult – the Saudi experience suggests far less than 1 in 4.

The resolution stated that “any actions taken by Israel, the occupying Power, to impose its laws, jurisdiction and administration on the Holy City of Jerusalem are illegal and therefore null and void and have no validity whatsoever.”

We know that the cost of solar is plunging across the world. The publicly released results of solar auctions in Asia, the Middle East, Europe and north and Latin America tell us this. The wholesale market – worth $16 billion – is almost completely opaque. Regulators and private analysts can barely make head or tail out of the retail market. It is a perfect cover for the big utilities to profit from ignorance and confusion.

Last summer the state very nearly lost its grip on supply as two big coal units and the two biggest gas units failed in the heat wave – nearly causing the lights to go out were it not for the presence of vast quantities of solar, and some voluntary and not-so voluntary load shedding.

States and cities sign up for electric vehicle fleets

To develop a plan to increase the share of EVs in their fleets and to consider how to use their combined market power to promote the public uptake of electric vehicles. They agreed to coordinate the strategic planning and construction of infrastructure for EVs and to seek to align states’ standards and incentives.

Population growth is a primary cause of ecological destruction and, if  left  unchecked, will threaten human survival.  It  has  been  demonstrated  that  genetic feedback  is  the  mechanism  by  which  species  achieve ecological balance. The analysis shows  the  applicability of this mechanism to human population regulation.

President Xi Linping promises that the Belt and Road initiative will be “green, low-carbon, circular and sustainable”, but such a claim is profoundly divorced from reality. China’s infrastructure tsunami will open a Pandora’s box of environmental crises, including large-scale deforestation, habitat fragmentation, wildlife poaching, water pollution and greenhouse gas emissions. China is the most aggressive consumer of minerals on the planet, and the biggest driver of tropical deforestation.

China is now the proud owner of the world’s first all-electric cargo ship and has already put the vehicle to use. The 2,000-metric-ton ship was launched in the city of Guangzhou last month and runs in the inland section of the Pearl River. It can travel 80 kilometres after being charged for 2 hours, which is roughly the time to unload the ship’s cargo.

The air pollution  on a high street in London removes any health protection produced by exercise outdoors. Pollution, in large part related to traffic emissions, has an immediate adverse effect on those with chronic diseases

Maria downed trees, homes and power lines in a 12-hour rampage with winds of up to 247 kph. Much of Puerto Rico remains without power and 15% has no running water more than a month later. It is the longest blackout in US history, and the overall hurricane damage could range from $45 billion to $95 billion on an island already mired in an 11-year-long recession. No wonder they are emigrating.

The gutting of the national monuments, unprecedented in more than a century, amounts to the initial stages of a land-grab by the oil, gas and mining industries.

Putin said two years ago, the sanctions were the best thing that ever happened to Russia since the collapse of the Soviet Union. They forced Russia to develop their agriculture again and bring her defunct industrial apparatus with science and research up to cutting edge technology, at par or above that of the west.

it appears that the long sought after answers to some of the central questions in human evolution studies may finally be answered here.

Meet The Israeli Paid Millions To Hack Our Phones

The Pegasus software suite uses similar techniques to the CIA for hacking an iPhone: Anything you can do on the phone, Pegasus can do on your phone. Turning on the camera and watching somebody in the room, turning on the microphone and listening to somebody. It can even do some things that you can’t, like put files on the phone and take files off, to manipulate data.

The Art of Keeping Guantánamo Open

What the paintings by Its Prisoners Tell Us About Our Humanity and Theirs. The man whose painting I saw has been held for nearly 15 years without trial, without even having charges filed against him.

The exhibit “Ode to the Sea: Art from Guantánamo” is on display in New York City

They paint the sea again and again although they cannot reach it. 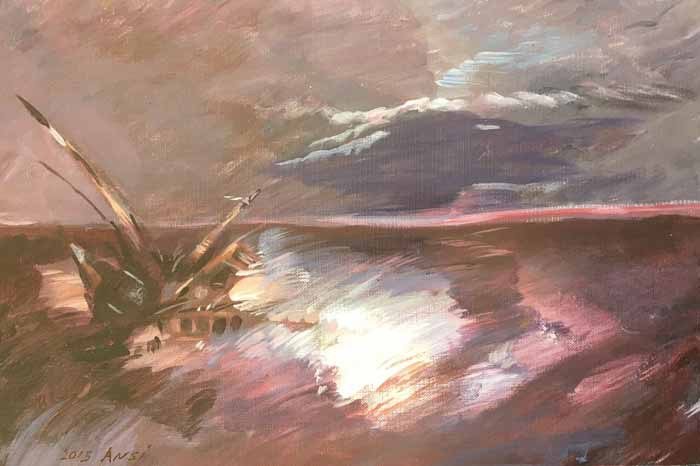