The corporate grip on opinion in the US is one of the wonders of the Western world. No First World country has ever managed to eliminate so entirely from its media all objectivity – much less dissent.

The World is Defenseless Against the Next Financial Crisis

The world will be unable to fight the next global financial crash as central banks have used up their ammunition trying to tackle the last crises, the Bank of International Settlements has warned. The so-called central bank of central banks launched a scathing critique of global monetary policy in its annual report, claiming that central banks have backed themselves into a corner after repeatedly cutting interest rates to shore up their economies. These low rates have fuelled economic booms, encouraging excessive risk taking. Booms have then turned to busts, which policymakers have responded to with even lower rates.

China Destroyed Its Stock Market in Order to Save It

The enormously invasive measures Beijing used to stem trading losses may have damaged the Shanghai and Shenzhen exchanges for years to come.

China is the number one threat to the global economy, analysts say, with an over-inflated “triple bubble” threatening to drag global gross domestic product below 2 per cent.

The bullion banks sell uncovered shorts on the gold futures market to drive down an otherwise rising price of gold. By dumping so many uncovered short contracts an artificial increase in “paper gold” is created, and this increase in supply drives down the price.

We Own The World

Noam Chomsky: Is the empire worth building – and at what cost?

As the humanitarian crisis deepens for Palestinians in the West Bank and Gaza, Doctors Without Borders is trying to heal their wounds without enabling the occupation. As the suffering has become normalized, we have been questioning the wisdom of our presence. This is the humanitarian’s dilemma: how to alleviate the suffering of a population while not enabling the powers at the root of the pain. Today, due to settlements, byways, checkpoints, and military deployments, Palestinians can inhabit less than 40 percent of the West Bank.

Unbridled capitalism is the ‘dung of the devil’

Pope Calls on World Youth to Rise Up Against Global Capitalism

He assailed the prevailing economic system saying that the systemic “greed for money” is a “subtle dictatorship” that “condemns and enslaves men and women”.

Pope Francis in one of the longest, most passionate speeches of his pontificate,: “We want change, real change, structural change,” the pope said, decrying a system that “has imposed the mentality of profit at any price, with no concern for social exclusion or the destruction of nature.”

The Encyclical and its economics

It is the major route for immigrants into Europe.

Tsipras has signed an agreement that transforms Greece into a de facto colony of the EU and places the country under the dictates of Germany. What remains of the Greek economy, above all its most valuable assets, is to be pillaged so that Athens can continue to pay back loans. Greece is to be placed under the direct control of EU officials. The function of Greece’s parliament will be to rubber-stamp the transfer of real authority to Brussels and Berlin.

The Crisis Made Simple

In a single currency zone without the option of devaluation purchasing power will drain to the more competitive. To continue buying the less competitive have to borrow. Interest on borrowing makes the problem worse. The dilemma is unresolvable.

Is the Australian drive to austerity any different?

We Are All Greeks Now

Everything you think you know about addiction is wrong

in this deeply personal talk, are unearthed some surprising and hopeful thoughts about an age-old problem.

When we talk about Sea Level Rise in the year 2100 we need to realise It’s not going to stop then; it will keep rising after. It’s important to realize the decisions we make today will influence that trajectory.

Warming of oceans is now unstoppable

Seas will continue to warm for centuries even if manmade greenhouse gas emissions were frozen at today’s levels, after record temperatures last year, bringing additional sea-level rise, and raising the risks of severe storms 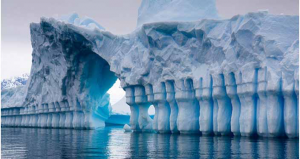 Time is running out for marine life due to global warming

Shrubs in Arctic are spreading, disrupting snow cover and reducing the sunlight reflected

Seas could rise 6 metres even IF governments curb global warming

Heat hasn’t disappeared, it’s just been buried in the oceans between 300 and 1,000ft

I baelieve that we have entered a period when violent crime is going to skyrocket – especially in the next economic downturn.

Russia is aiming to retain its influence as the security guarantor in the region. This satisfies both China, which is wary of deploying troops beyond its borders, and Central Asian countries used to a Russian military presence. “Under this arrangement, China would be the bank and Russia would be the big gun”.

There’s been a virtual blackout of news from this year’s seventh annual BRICS summit in Ufa, Russia.

The history of the planet

There appears to have been a sharp increase in the number of Indonesians fighting with ISIS in the last few months. Between March 1 and June 1, 2015, 44 Indonesians have been killed in Syria and Iraq, The Australian document shows that ISIS appears to be “recruiting skill sets, professional groups”

The Friday multiple-satellite launch was its 120th successful space mission and 74th satellite launch. India’s space agency declared a hectic launch schedule of 28 satellites, belonging to seven countries, within the next three years.

To subscribe or unsubscribe just reply to thie email