What To Make Of All Those Sea-Level Rise Projections

What To Make Of All Those Sea-Level Rise Projections 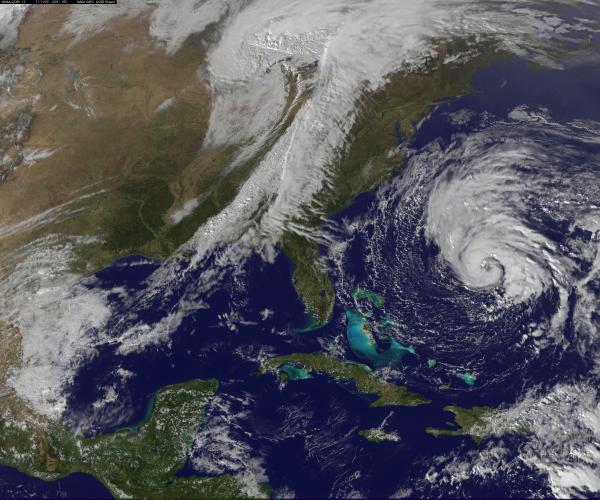 Climate scientists largely agree that sea level is rising. The extent of the change is a far more complicated matter.

“Probably two feet. Three feet, possibly,” said David Enfield, a climatologist with the University of Miami and the National Oceanic Atmospheric Administration. “As an extreme — if for example we see an unexpected acceleration of the melting ice in Greenland and Antarctica, something else we’re not observing — we could be seeing six feet by the end of the century.”

Compare that to the personal projection by Harold Wanless: “Six to 20 feet, somewhere in that range.”

Wanless is a geologist at the University of Miami. He studies the evolution of coastal regions and believes past sea-level rise shows us that when ice sheets start to melt, they melt much faster than experts might think.

“We don’t really know enough about how ice melts: big ice sheets, like the Greenland ice sheet or parts of the Antarctic ice sheet,” Wanless said. “Every year we’re learning new things and they’re all pointing towards a much more rapid rise [in melt] than is presently being projected.”

Individual projections, even expert ones, are not typically the numbers you’ll see being cited regularly. Most of those projections come from groups of experts discussing which models are worthwhile, which published research to believe, and how to interpret the data. Even those meta-projections typically don’t agree with one another, though they generally fall within the eight-inch to six-and-a-half-foot range.

Obeysekera recently gave a presentation on that topic to the Florida Water and Climate Alliance. WLRN-Miami Herald News sat down with him afterwards to ask: What should the general public make of the array of sea-level rise projections?

Turn Down the Heat: Climate Extremes, Regional Impacts, and the Case for ResiliencePrev
Why Politics Fails MONBIOTNext