World’s largest wind farm to go ahead in UK 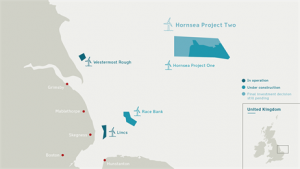 The second stage of a massive wind-generation project, larger than most nuclear power stations, was approved in the UK parliament this week.

The world’s largest wind farm is in the North Sea at Hornsea and will power 2.5 million homes. This stage brings the capacity of the wind farm up to 3 gigawatts of electricity, larger than most nuclear power plants in the UK.

A third stage will expand the project to 4gigawatts, equivalent to 4 percent of the UK energy requirements when it comes online. The UK currently gets around 10 percent of its electrical energy from wind.