Climate scientist to US Senate: ‘Climate change is a clear and present danger’

Climate scientist to US Senate: ‘Climate change is a clear and present danger’

In a Senate hearing on President Obama’s Climate Action Plan, Dessler summarised the science behind the climate threat 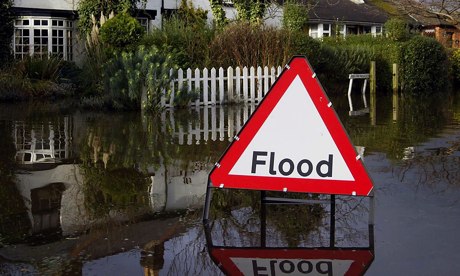 Last Thursday, the US Senate committee on environment & public works held a four-hour hearing to review President Obama’s Climate Action Plan. The hearing began with statements from the committee members, and then proceeded with two expert panels. The first was comprised of administrators of government agencies that are key to implementing President Obama’s Climate Action Plan, like EPA administrator Gina McCarthy. The second panel was comprised of climate science and policy experts.

Andrew Dessler, a climate scientist from Texas A&M University, was one of the expert climate science witnesses invited to testify. In his testimony, Dessler simply and clearly articulated what we know about climate change, and why he personally views it as “a clear and present danger.” Dessler’s main points were:

1. The climate is warming – not just the atmosphere, but also the oceans, which are rising as a result, and ice is melting.

2. Most of the recent warming is extremely likely due to emissions of carbon dioxide and other greenhouse gases by human activities. This is supported by overwhelming evidence and hence was a conclusion of the 2014 IPCC report.

3. Future warming could be large. Over the 21st century, if we continue with business-as-usual, the IPCC projects 2.6–4.8°C average global surface warming.

4. The impacts of this are profound. The virtually certain impacts include increasing temperatures, more frequent extreme heat events, changes in
the distribution of rainfall, rising seas, and the oceans becoming more acidic. There are numerous additional possible impacts as well.

Strangely, in her testimony, Georgia Tech climate scientist Judith Curry directly contradicted Dessler’s second point, arguing that the 2014 IPCC report actually weakens scientists’ confidence in human-caused global warming. Curry’s evidence to support that assertion boiled down to arguing of a supposed ‘lack of warming since 1998’, discrepancies between models and observations during that time, a lower climate sensitivity range in the 2014 than the 2007 IPCC report, and the fact that Antarctic sea ice extent has increased.

However, Dessler was correct that the IPCC increased its confidence in human-caused global warming between 2007 and 2014. It did so because the scientific evidence that humans are the dominant cause of global warming over the past century grew significantly stronger in recent years. 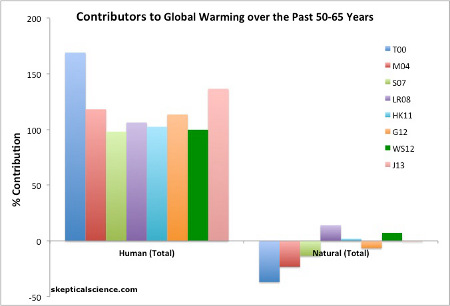 This conclusion has also been supported by research published after the 2014 IPCC report, showing that the natural internal variability of the climate can’t account for recent global warming, and that the IPCC confidence in human-caused global warming is robust. And contrary to Curry’s second point, the observed global warming has been consistent with the projections of the range of models used in the IPCC report. 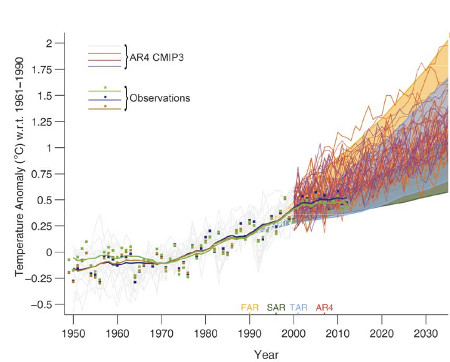 In his testimony, Dessler also addressed the myth of the ‘lack of warming.’ In addition to being a result of cherry picking and largely an artifact of a lack of Arctic temperature station coverage, Dessler pointed to:

“…the continued accumulation of heat in the bulk of the ocean, which is a clear marker of continued warming. And because heat can be stored in places other than at the surface, a lack of surface warming for a decade tells you almost nothing about the underlying long-term warming trends … I judge that there is virtually no merit to suggestions that the “hiatus” poses a serious challenge to the standard model [of human-caused global warming].”

Regarding the sensitivity of the climate to the increased greenhouse effect, Dessler pointed out that the 2014 IPCC report matched the 2001, 1995, and 1990 reports, estimating an eventual global surface warming of 1.5–4.5°C in response to a doubling of atmospheric carbon dioxide. Only the 2007 IPCC report slightly changed the estimated range to 2–4.5°C. Additionally, recent research has suggested that the true climate sensitivity lies on the high end of that range.

Overall, Dessler was correct that the evidence for human-caused global warming is now stronger than ever. His testimony presented a compelling case for the threat of human-caused global warming, which he considers “a clear and present danger.” Dessler and Curry agreed on one key point: that our actions can’t alter the path of climate change over the next several decades (though Curry sounded like the Borg, calling emissions reductions efforts “futile”). It’s true that we’re locked in for significant additional global warming from the greenhouse gases we’ve already emitted.

However, Dessler pointed out that our actions today will determine whether we proceed on a dangerous path of continued rapid climate change over the second half of the 21st century, or stabilise global temperatures and minimize the threat posed by climate change. Dessler concluded:

I’ve never seen a turnaround like thisPrev
Do you have a secret you want to share?Next