Developed countries ‘ demand for biofuels has been disastrous’

Developed countries’ demand for biofuels has been ‘disastrous’

Production of crops such as maize and palm oil fuelling poverty and environmental damage in poor countries, says Christian Aid 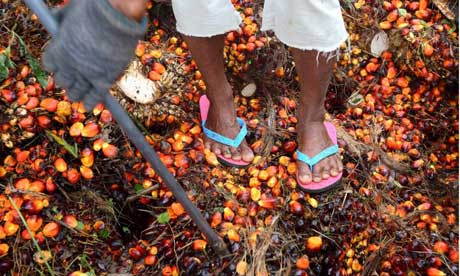 The production of biofuels is fuelling poverty, human rights abuses and damage to the environment, Christian Aid warned today.

The charity said huge subsidies and targets in developed countries for boosting the production of fuels from plants such as maize and palm oil are exacerbating environmental and social problems in poor nations.

And rather than being a “silver bullet” to tackle climate change, the carbon emissions of some of the fuels are higher than fossil fuels because of deforestation driven by the need for land for them to grow.

According to a report, Growing Pains, by Christian Aid, industrial scale production of biofuels is worsening problems such as food price hikes in central America, forced displacement of small farmers for plantations and pollution of local water sources.

But with 2.4 billion people worldwide currently without secure sources of energy for cooking and heating, Christian Aid believes the renewable fuels do have the potential to help the poor.


The charity highlights schemes such as the growing of jatropha in Mali, where the plant is raised between food crops and the oil from the seeds is used to run village generators which can power appliances such as stoves and lights.

The report argues that talking about “good” or “bad” biofuels is oversimplifying the situation, and the problem is not with the crop or fuel – but the policies surrounding them.

Developed countries have poured subsidies into biofuel production – for example in the US where between 9.2 billion dollars and 11 billion dollars went to supporting maize-based ethanol in 2008 – when there are cheaper and more effective ways to cut emissions from transport, the report said.

The charity said biofuels production needed a “new vision” – a switch from supplying significant quantities of transport fuel for industrial markets to helping poor people have access to clean energy.

The report’s author Eliot Whittington, climate advocacy specialist for Christian Aid, said: “Vast sums of European and American taxpayers’ money are being used to prop up industries which are fuelling hunger, severe human rights abuses and environmental destruction — and failing to deliver the benefits claimed for them.”

He said the current approach to biofuels had been “disastrous”.

He added: “Christian Aid believes that the best approach to biofuels is to grow them on a small scale and process them locally to provide energy for people in the surrounding countryside. This can also increase rural people’s incomes and has the potential to actually increase soil fertility and moisture retention, without compromising people’s food security.”