Do we need conclusive scientific proof to become concerned about an issue?

Do we need conclusive scientific proof to become concerned about an issue? 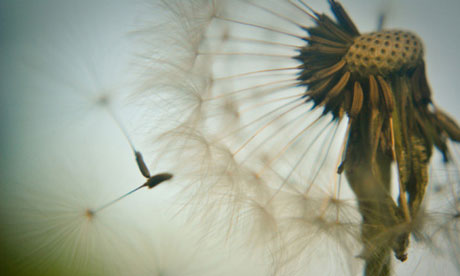 A report found traces of weedkiller in the urine of 182 volunteers living in urban areas across Europe. Photograph: Julia Williams/Getty Images/Flickr RF

Should we wait for conclusive scientific studies before becoming concerned about an issue? A report released last week by Friends of the Earth and GM Freeze poses this exact question.

The campaign groups were reporting the results of their small snapshot study that found traces of glyphosate, one of the most widely used weedkillers in the world, in the urine of 182 volunteers living in urban areas across Europe. Glyphosate is known under the brand name Roundup and produced by biotech giant Monsanto.

The study was basic, the sample size was small, the report was unpublished. But could it point to an important issue for further investigation?

Academics denounced the findings as “not scientific”, saying the results could not be taken seriously and that campaign groups should submit their work to peer-reviewed journals to provide a “genuine contribution to the debate”.

Other scientists refused to comment on the study, saying that without it having gone through the review process there was simply no way of commenting on the findings. There is much to be said for peer-reviewing – having been through it myself I know how rigorous it can be. Though I found the process excruciating for its rigour, ultimately the end result was a far better paper based on more solid science.

But charities and NGOs often don’t have the resources or expertise to undertake full scientific studies and publish them in journals. Is it even their role to do so? By producing snapshot studies that simply point to an issue, as long they don’t make any grand claims based on their findings, aren’t they simply doing their job of raising awareness of issues that affect society and the environment?

Friends of the Earth think so. Vicki Hird, said: “This was never intended to be a scientific paper for peer review – it is a snapshot only and one intended to prompt those who do have the resources to do the necessary testing.” She added: “These tests highlight a need for government authorities across Europe to carry out rigorous testing with far bigger samples to discover how widespread this issue is and whether there are any health impacts from low-level exposure.”

Some might argue that groups like FoE are our eyes and ears, giving a voice to people, species and issues that could otherwise go unnoticed. They hold powerful companies such as Monsanto to account and stand up for justice in a world where the priority is usually profit. With no profit to be gained from studies such as testing for weedkillers and pesticides in human urine, who else would conduct them?

It is also worth noting that anyone can publish studies of this nature to support their agenda, as is often seen with industry research. Research carried out by industry and campaign groups is similar in that there is always the possibility of bias and data being used to support a political position. Does it matter that the two groups are likely to differ in their motives, with one being focused on private profit, sometimes at the expense of the environment or society, and the other geared towards creating positive change for little or no private gain?

Many other reports, figures and statistics we are fed through the media and elsewhere are not peer-reviewed – government figures, industry reports, industry regulator information and even the Office of National Statistics data.

• Kara Moses is a freelance journalist