Doctors warn of health consequences of NSW mine planning changes

Doctors warn of health consequences of NSW mine planning changes 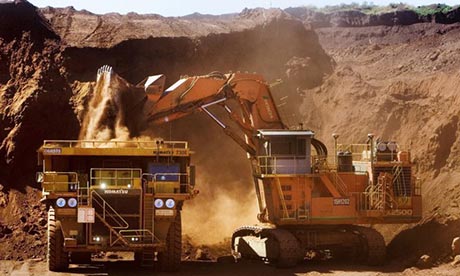 Doctors believe economic benefits from mining should not be at the expense of people’s health. Photograph: Reuters

Comments on proposed amendments to environmental planning policy by the NSW government closed on Monday after being made public a fortnight ago.

The changes proposed include emphasis on economic benefits of mines over social and environmental costs and changes to the way air pollution is measured.

Doctors for the Environment Australia, a group of medical doctors who focus on environmental policies, said they were alarmed that the changes could leave some towns with unsafe levels of air pollution.

The changes would allow mines to meet a yearly average of air quality rather than a daily average which a spokesman for the doctors’ group, Dr Ben Ewald, said could mean some towns would experience air quality that put people’s health at risk and that mining companies would not be penalised.

“It is like driving at 160km/h and being pulled over and saying, ‘It’s all right, the average speed per year is 20km/h and the car sits in the garage most of the time,” Ewald said.

“The mining companies would be able to pollute as much as they like and still comply with the yearly average.”

A consent authority would have to approve a mining project if it was “significant” to the state and met basic standards, with the most emphasis being placed on economic benefits.

In their submission, the doctors’ group said positive economic benefits were outweighing social and environmental considerations.

“Mining may adversely affect other industries such as agriculture and tourism, and adverse impacts include both social and economic costs,” the submission said.

“Therefore concentrating principally on expected economic benefits from mining, distorts decisions affecting communities in a way that is out of line with community expectations and good long-term management of resources.”

The submission ends with the doctors strongly recommending the amendments be rejected and with a list of substantial modifications.

These include considering the cost of developing a resource when approving a mine; including damage to people’s health and the environment in cost-benefit analysis and having a 24-hour air quality standard.

Get the Guardian’s daily US email

Our editors’ picks for the day’s top news and commentary delivered to your inbox each morning. Enter your email address to subscribe.