How crowdsourcing and open innovation could change the world

How crowdsourcing and open innovation could change the world 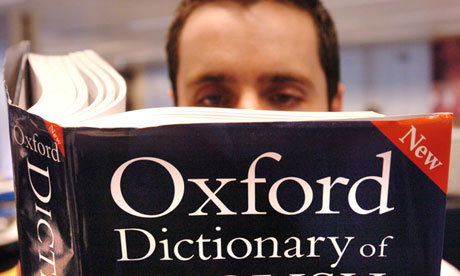 The Oxford English Dictionary started out as an open appeal to collate idioms and phrases from thousands of volunteers around English-speaking world. Photograph: Ian Nicholson/PA

Historically, technological breakthroughs have been led by the innovations of the few with access to the resources and platform to influence, but something exciting is happening on the worldwide web that is turning this precedent on its head.

Crowdsourcing, as defined by Wired Magazine, represents “the act of a company or institution taking a function once performed by employees and outsourcing it to an undefined (and generally large) network of people in the form of an open call.”

Although it may seem like it is a new phenomenon, the basic practices of crowdsourcing and open-innovation have been around for centuries. In fact, the Oxford English Dictionary started out in the late 18th century as an open appeal by Professor James Murray to collate idioms and phrases from thousands of volunteers around the English-speaking world.

As time has moved on, the internet has facilitated, expanded and accelerated the interactions behind crowdsourcing. Crowdsourcing and open innovation websites allow people from all cultural, economic and educational backgrounds to collaborate on ground-breaking technology.

Kickstarter is probably the most famous example of an online crowdsourcing platform. Since its launch in 2009, it has grown to become the largest funding platform for creative projects, with over 4.2 million people pledging in excess of $652m to fund over 43,000 projects.

Outside the domain of raising cash for iPod docks and Bluetooth-enabled watches, a number of other online crowdsourcing platforms have sprung up in recent years to solve any number of different societal and technological problems. OpenIDEO hosts a small number of philanthropic competitions and asks their online community to come up with new design solutions to societal problems. Kaggle offers monetary rewards, jobs or consulting opportunities to data scientists that can make sense of problems with large data sets. One of the grandfathers in this arena is Innocentive which has been crowdsourcing solutions to problems since 2001. Innocentive’s community of “solvers” tackle problems spanning engineering to life sciences, and business to IT, with sponsored prizes in the past from the likes of Merck, Nasa and The Economist.

Why are businesses getting involved?

Until recently, “traditional” corporates have watched open innovation and crowdsourcing initiatives from the sidelines with very few getting directly involved. There are signs that this is changing; with the economic downturn in recent years, more and more businesses have been turning to outsourcing as a cost-saving measure.

Outsourcing to a cheaper labour force has its advantages (and disadvantages), and crowdsourcing can often also save businesses money. However, where crowdsourcing excels is in opening up a large workforce with a diverse set of skills and experiences, as within the crowd you’ll find domain experts that are notoriously difficult to tap into by “conventional” means. Having access to that kind of diversity and micro expertise at scale can only be a good thing for business.

Starbucks has “My Starbucks Idea” which invites its customers to suggest improvements for anything from new flavours for drinks to the music it plays in its stores. There is no monetary reward or financial compensation, yet Starbucks has over 100,000 ideas on the site.

One area in which open innovation and crowdsourcing is emerging as a crucial tool is in the development of sustainable technology. In May, for the first time in human history, the concentration of CO2 in the atmosphere hit 400ppm (parts per million). By 2050, there will be 9 billion people sharing our planet and in the next 20 years, the world’s middle class will grow from less than 2 billion to more than 4 billion. This growth will be coupled with enormous demand for resources.

The time has come for a clean revolution: a swift, massive scale-up of clean energy and infrastructure, and of smart technologies and design. There are rich rewards for those that pioneer the revolution; research by Google in 2011 found that breakthroughs in clean-tech innovation could generate an extra $155-244bn (£102-160bn) of GDP per year in the US from 2030 if the right investments are made now.

There are global businesses that have recognised the potential of the low carbon economy and are utilising crowdsourcing and open innovation websites to realise the technologies these online communities create through collaboration. The message that sustainability and profitability are not mutually exclusive is beginning to resonate.

We truly believe that crowdsourcing and open innovation have the potential to solve the biggest issues facing society. Some of the biggest leaps in technologies and innovation in science have come from approaching old problems with fresh perspectives not constrained by old dogmas. It took a chemist to overthrow the old tenet in biology that genetic information only flows in one direction (DNA > RNA > Protein), and it revolutionised our understanding of how viruses like HIV work and resulted in the awarding of not one, but two Nobel Prizes.

We look to science more and more to solve these big problems and co-ordinating the efforts of large crowds made up of individuals that each have something different to offer and can build on each other’s ideas seems a smart way to solve them.

Ben Ferrari is director of corporate relations at The Climate Group and Mehmet Fidanboylu is director of product and co-founder of Marblar.com, which crowdsources market applications for emerging and dormant technology.

The Climate Group and Marblar have launched EarthHack – [sustainable homes].