Iran nuclear talks: Tehran ‘will not step back one iota’

Iran nuclear talks: Tehran ‘will not step back one iota’ 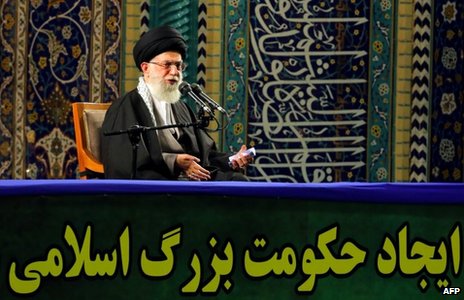 Iran’s Supreme Leader has warned his country will not step back “one iota” from its nuclear rights, as it resumes talks with world powers in Geneva.

Ayatollah Ali Khamenei said he would not intervene directly in the negotiations, but that he had set “red lines” for Iran’s representatives.

President Barack Obama meanwhile urged US senators not to impose new sanctions on Iran to allow time for diplomacy.

He was unsure if it would be possible to reach an interim agreement soon.

“We don’t know if we’ll be able to close a deal with Iran this week or next week,” he told a Wall Street Journal (WSJ) forum in Washington on Tuesday.

Iran stresses that its nuclear programme is for peaceful purposes only, but world powers suspect it is seeking to develop nuclear weapons.

‘Way forward’In a televised speech on Wednesday, Ayatollah Khamenei said Iran’s negotiators had been set clear limits before they travelled to Switzerland for two days of meetings with representatives of the P5+1 – the US, UK, France, China and Russia, plus Germany.

They failed to agree a deal at a previous round of talks earlier this month mainly because of what diplomats said was Iran’s insistence on formal recognition of its “right” to enrich uranium and France’s concerns about the heavy-water reactor being built at Arak. 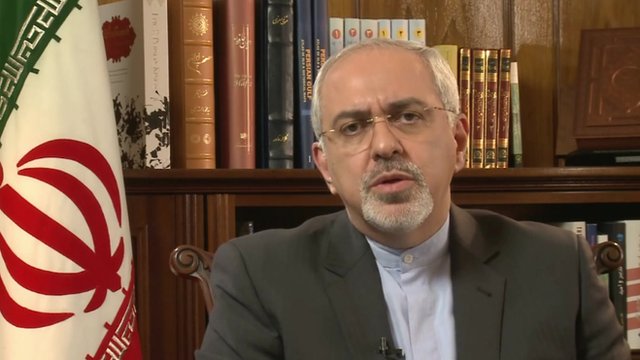 Javid Zarif’s YouTube message: “Nuclear energy is not about joining club or threatening others”

“We do insist that we will not step back one iota from our rights,” Ayatollah Khamenei said.

But he added: “We do not intervene in the details of these talks. There are certain red lines and limits. These have to be observed. They are instructed to abide by those limits.”

The Supreme Leader, who has final say in Iran’s nuclear matters, warned the P5+1 not to “ratchet up the pressure”.

“They should know that the Iranian nation respects all nations of the world, but we will slap aggressors in the face in such a way they will never forget it.”

The talks in Geneva will be led in the first instance by the EU’s foreign policy chief, Baroness Catherine Ashton, and Iran’s Foreign Minister Mohammad Javad Zarif.

In a video message posted on YouTube on Tuesday, Mr Zarif urged the P5+1 to deal with Iran on an “equal footing” and stressed that for his country nuclear energy was “about securing the future of our children, about diversifying our economy, about stopping the burning of our oil, and about generating clean power”.

“There is a way forward, a constructive path towards determining our destiny,” he said.

Meanwhile, UK Prime Minister David Cameron spoke to Iran’s President Hassan Rouhani by telephone. It was the first such conversation between British and Iranian leaders for more than a decade.

‘Open the spigot’Mr Obama told the WSJ forum that any interim agreement – expected to last six months – would see the bulk of international and US sanctions targeting the Islamic Republic’s nuclear programme remain in place.

“We are not doing anything around the most powerful sanctions. The oil sanctions, the banking sanctions, the financial services sanctions, those are the ones that have really taken a big chunk out of the Iranian economy,” he added. 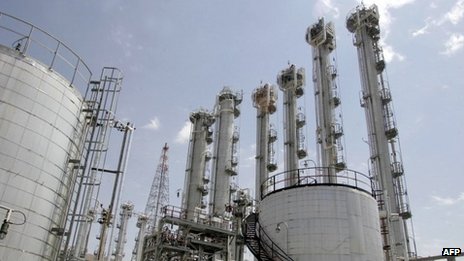 Mr Obama explained that the “essence of the deal” would be that Iran would halt advances of its nuclear programme – including rolling back elements that might “get them closer to what we call breakout capacity, where they can run for a weapon before the international community has a chance to react”, and agreeing to “more vigorous inspections”.

“In return, what we would do would be to open up the spigot a little bit for a very modest amount of relief that is entirely subject to reinstatement if, in fact, they violated any part of this early agreement. And it would purchase a period of time,” he said.

On Sunday, French President Francois Hollande said Iran would have to agree to halting its enrichment of uranium to a medium level of purity, or 20%; reducing its existing stockpile of enriched uranium, and stopping the construction of the Arak heavy-water reactor.

Experts say Iran’s 20%-enriched uranium could be enriched to weapons-grade, or 90%, in a relatively short time, while spent fuel from the Arak reactor will contain plutonium suitable for use in nuclear weapons.

From other news sites