“An unconscious people, an indoctrinated people, a people fed only partisan information and opinion that confirm their own bias, a people made morbidly obese in mind and spirit by the junk food of propaganda, is less inclined to put up a fight, ask questions and be skeptical. That kind of orthodoxy can kill a democracy – or worse.”  – Bill Moyers 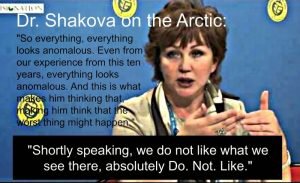 The expression on her face alone tells me something is really really wrong and she is trying her best to not create a mass panic by telling the TRUTH of the situation, which could be much much worse. This is what most grabbed me. To my eyes, she was trying her best to just hold it together and get through the interview. She was genuinely shaken by this  data.

I again urge you to read my report on the Siberian clathrates
http://planetextinction.com/documents/Methane,%20the%20Gakkel%20Ridge%20and%20human%20survival.pdf

Grid parity achievable for EU renewables by 2018
European analysis finds solar and wind could achieve grid parity in Turkey by 2018; solar in Spain by 2021, Portugal by 2022 and Italy by 2025.
http://reneweconomy.com.au/2014/grid-parity-achieveable-eu-renewables-2018-report-74208 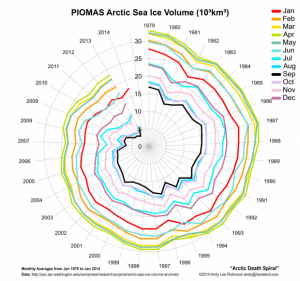 Ebola Is Ecosystem Collapse
The global environment is collapsing and dying under the weight of inequitable over-population and ecosystem loss. 66% of Earth’s land area must be maintained as natural and agro-ecological ecosystems to sustain a livable environment. Yet about 50% have already been lost, threatening global biosphere collapse. In describing the paper, author Dr. Glen Barry suggests the Ebola epidemic, California drought, and Middle East revolutions indicate planetary boundaries have been exceeded.
http://www.ecointernet.org/wp-content/uploads/2014/09/MEQ-Terrestrial-Ecosystem-Loss-and-Biosphere-Collapse.pdf

Lets listen to our security analysis
Multiple U.S. intelligence agencies have repeatedly announced their consensus that ISIS is not an immediate threat to America. Gen. Martin Dempsey, the chair of the Joint Chiefs of Staff, says there’s no evidence that ISIS is occupied with “active plotting against the homeland.” DHS reports ISIS is not in Mexico, attempting to infiltrate the southern border. The FBI swatted down any notion that ISIS is planning an attack in the New York City subway system.
This mismatch between public perception and intelligence reports is not unique to ISIS. Indeed, it has been frustratingly consistent in Iran policy for years. No less than 16 American intelligence agencies agreed in 2012 that Iran had no nuclear weapons in development — a conclusion that apparently stands today. But Americans are consistently concerned that the United States is not doing enough to stop the “threat” of Iran getting nukes.
http://theweek.com/article/index/269613/if-we-must-have-a-hugely-invasive-national-security-state-lets-at-least-listen-to-it?utm_content=buffer3e3a5&utm_medium=social&utm_source=twitter.com&utm_campaign=buffer

Iraq descends into anarchy
The Shia militias have become the main fighting force of the Baghdad government since the Iraqi army was defeated by Isis when it took northern Iraq in June. According to a detailed Amnesty International report published today, the militias enjoy total immunity in committing war crimes against the Sunni community, often demanding large ransoms but killing their victims even when the money is paid.
http://www.independent.co.uk/news/world/middle-east/shia-militias-abducting-and-killing-sunni-civilians-in-revenge-for-isis-attacks-9792838.htmlm

The crumbling Levant poses a greater danger than ISIL
The British colonial term Levant encompasses modern-day Iraq, Syria, Lebanon, Jordan, and Palestine, with a total population of over 70 million people. The population—mostly young, unemployed or underemployed, poor, and inadequately educated—has lost trust in their leaders and the governing elites.

2014 will be the hottest on record: climate scientistsPrev
Last chance to block the billNext