2014 was the hottest year on record globally by far
http://www.climatecodered.org/2015/01/2014-was-hottest-year-on-record.html?utm_source=feedburner&utm_medium=email&utm_campaign=Feed%3A+ClimateCodeRed+%28climate+code+red%29 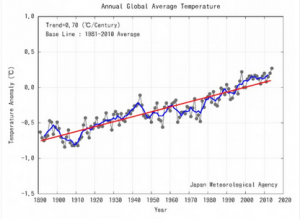 Why do we do nothing when the world is disintegrating around us?
Here is one answer I found fascinating! It is played out through organisations funded by the unnamed and dedicated to denying any evidence for anything. How do we deal with moral and ethical uncertainty when the very facts are in doubt? It is the modern day version of Orwell’s world, of power through propaganda and confusion.

Tropical forests a key
Tropical forests are a crucial factor as they are absorbing CO2 at a far higher rate than previously thought. As atmospheric levels of greenhouse gases have continued to rise, tropical forests have been absorbing roughly 1.4 billion metric tons of CO2 out of a total global absorption of 2.5 billion, while the uptake in the vast boreal forests in northern regions like Canada and Siberia is diminishing
http://www.commondreams.org/news/2015/01/04/nasa-tropical-forests-key-fighting-greenhouse-gases

Injustice of US and Israeli Policies
The Palestinian Authority’s formal application to join the International Criminal Court has been met with a flood of retaliation and threats from Israel and the United States. The PA seeks “justice for all the victims that have been killed by Israel,” including during the latest 50-day military assault on Gaza, which killed at least 2,194 Palestinians, over 75 percent of them civilians and more than 500 of them children.
http://www.commondreams.org/news/2015/01/05/retaliatory-response-palestinian-authoritys-icc-bid-underscores-injustice-us-and

Ebola: ‘nothing prepares you for the sheer brutality,’ says Australian nurse
“I was unprepared for the grace that patients accepted their state; their lack of panic. I was unprepared for the full extent of the distance created between the patients, population and us as caregivers as a result of the disease and the necessary precautions. I was unprepared for how overwhelmed we were and how truly horrible it was to feel so inadequate, to work so hard and for it to feel, ultimately, so little. As a nurse I can only hope to never face such barriers to care again. Seeing the continued failure of the world to respond fast enough to the current situation I can only assume I will see worse. And this I truly dread.
http://www.theguardian.com/world/2015/jan/07/ebola-nothing-prepares-you-for-the-sheer-brutality-says-australian-nurse?CMP=ema_632

Attempt to Assassinate Iranian N. Scientist Foiled by IRGC
“In the last two years, the Zionist enemy (Israel) was trying hard to assassinate an Iranian nuclear scientist, but the timely presence of the IRGC security forces thwarted the terrorist operation,”
http://english.farsnews.com/newstext.aspx?nn=13931013001240

Wobbles in US-EU Axis Against Russia
French President Francois Hollande this week called for an end to Western sanctions on Russia. He is the latest senior European political figure to express misgivings about the hostile policy that Washington and Brussels have embarked on against Russia over the year-old Ukrainian crisis.
http://www.informationclearinghouse.info/article40640.htm

2015 Will Be All About Iran, China and Russia
The EU’s declaration of economic war against Russia makes no sense whatsoever. Russia controls, directly or indirectly, most of the oil and natural gas between Russia and China: roughly 25% of the world’s supply. The EU is doing everything it can to cut itself off from its most stable supply of hydrocarbons, prompting Moscow to redirect energy to China and the rest of Asia.
http://www.informationclearinghouse.info/article40612.htm

Ten Reasons Why the Trans-Pacific Partnership Must Be Defeated
The disastrous trade agreement is designed to protect the interests of the largest multi-national corporations at the expense of workers, consumers, the environment and the foundations of democracy. The treaty has been written behind closed doors by the corporate world. While Wall Street, the pharmaceutical industry and major media companies have full knowledge of the treaty, the people and members of parliament have been locked out of the process.
http://www.commondreams.org/views/2014/12/31/ten-reasons-why-tpp-must-be-defeated
and
http://www.commondreams.org/views/2015/01/07/why-trans-pacific-partnership-agreement-pending-disaster

Start planning for climate change migrants now
Natural disasters displace three to 10 times more people than all conflicts and war in the world combined. 22 million people were displaced by extreme events in 2013, led by Typhoon Haiyan in the Philippines.Many more in a growing population live more exposed to more extreme weather.  Governments should step up planning for migrants.
http://www.smh.com.au/world/start-planning-for-climate-change-migrants-now-experts-warn-worlds-governments-20150108-12kmqp.html

Land Concentration, Land Grabbing And People’s Struggles In Europe
This report, involving 25 authors from 11 countries, reveals the hidden scandal of how a few big private business entities have gained control of ever-greater areas of European land. It exposes how these land elites have been actively supported by a huge injection of public funds –at a time when all other public funding is being subjected to massive cuts
http://www.countercurrents.org/cit060115.htm

See the Most Beautiful Space Photos of 2014 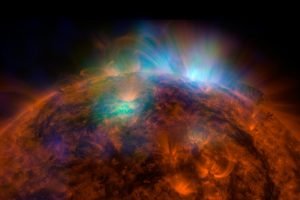 Was the Mayan civilisation wiped out by an extreme drought?
Study of Great Blue Hole suggests 100-year dry spell caused collapseThe Classic Period from 300 to 900 AD. In 514 they were building around ten monuments per year, rising to about 40 in 750. The numbers began to decline quickly so by 900 no monuments were being built. This theory of the Classic Maya Collapse argues that climate change was the reason.
http://www.dailymail.co.uk/sciencetech/article-2891111/Was-Mayan-civilisation-wiped-extreme-drought-Study-Great-Blue-Hole-suggests-100-year-dry-spell-caused-collapse.html

The Euro Crisis Is Entering A New, Highly Dangerous Phase
Although Mr Tsipras says he wants to keep Greece in the euro, he also wants to dump most of the conditions attached to its bail-outs: he would end austerity, reverse cuts in the minimum wage and in public spending, scrap asset sales and seek to repudiate much of the country’s debt. Such a programme seems, to put it mildly, to sit uncomfortably with Greece’s continuing membership of the single currency. It is hard to believe that a Greek crisis will not unleash fresh ructions elsewhere in the euro zone – not least because some of Mrs Merkel’s medicine is patently doing more harm than good.
http://www.businessinsider.com.au/the-euro-crisis-is-entering-a-new-highly-dangerous-phase-2015-1#ixzz3NrWvuZK7

Iran’s leader talks of nationwide referendums
Iran’s president said Sunday that he might invoke a powerful but neglected tool in his fight with hard-liners, suggesting the possibility of organizing direct referendums that would bypass the institutions the conservatives control and give more of a voice to Iranian voters. In the largely opaque world of Iranian politics, Rouhani’s remarks are a clear warning.
http://www.bostonglobe.com/news/world/2015/01/05/iran-president-proposes-direct-referendums-way-bypass-rivals/a3S3xLDEuaXQdVPSRqUZdO/story.html

Israel to ask US Congress to halt aid to Palestinian Authority
Move follows freeze on millions in tax revenues after ICC bid; Palestinians looking to resubmit statehood bid Israel was weighing its options Sunday for further punishing the Palestinians after freezing millions in tax revenues as a first response to their bid to join the International Criminal Court. A senior Israeli said Jerusalem would lobby pro-Israel members of the US Congress to enforce a law that would halt $400 million in annual American aid to the Palestinian Authority, Israeli daily Haaretz reported.
http://www.i24news.tv/en/news/israel/diplomacy-defense/56722-150105-israel-to-ask-us-congress-to-halt-aid-to-palestinian-authority

Western idealism is cruelled in the Middle East
The Islamic State is confined to largely poor Sunni areas of eastern Syria and northern and central Iraq. It is no match for the Iranian-backed Shia south. And any threat to Australia and the US is better handled with tough anti-terror laws and homeland security than endless wars in the Persian Gulf.
http://www.smh.com.au/comment/western-idealism-is-cruelled-in-the-middle-east-20150105-12hxpv.html 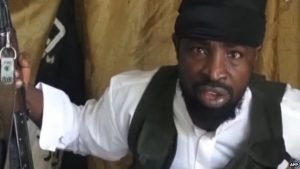 Worse Than the Dictators
Egypt is enacting authoritarian laws at a rate unmatched for 60 years. Since the overthrow of Mohamed Morsi in July 2013, Morsi’s successors have used the absence of an elected parliament to issue a series of draconian decrees that severely restrict freedom of expression, association and assembly.
http://www.theguardian.com/world/2014/dec/26/sp-egypt-pillars-of-freedom-crashing-down