A billion falsehoods told a billion times by a billion people are still false.
Travis Walton

Senior Abbott MP concedes Australians ready to leave the grid
and rely instead on solar and storage. He suggested that state-owned assets such as electricity networks need to be sold quickly before they lose too much value. it is the first time a senior Abbott government member has acknowledged that rooftop solar and the emergence of battery storage is going to devalue network assets.
http://reneweconomy.com.au/2015/senior-abbott-mp-concedes-australians-ready-to-leave-the-grid-38525

Ebola outbreak moves into endgame
The massive effort that went into building treatment centres for thousands of sick people was now being diverted as quickly as possible into contact-tracing. All previous Ebola outbreaks, although on a far smaller scale, have been stopped by the efficient tracing and monitoring of every person who might have come into physical contact with someone with the virus.
http://www.theguardian.com/world/2015/jan/29/ebola-outbreak-response-enters-endgame?CMP=ema_565
and 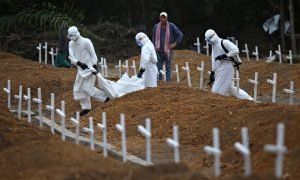 Ice-free Arctic in two years heralds methane catastrophe
An ice-free summer (September) Arctic is clearly nearly upon us, and will be achieved within three years or less – this is plain from the observational data on ice extent (satellites) and thickness (submarines and altimeter satellites).
http://www.theguardian.com/environment/earth-insight/2013/jul/24/arctic-ice-free-methane-economy-catastrophe

Conversion of a Climate-Change Skeptic

Anti-Semitic attitudes in Britain
Thirty years ago most people still saw Israel as an admirable project of healing and renewal for a people broken by the Holocaust. Now a state that was once seen as the underdog of the Middle East is now the regional superpower and the local bully. It is the Palestinians who have become the new archetype for a dispossessed and downtrodden people.

Merkel Fears Devastating Defeat Of The Ukrainian Army
The Germans seem to anticipate the economic and military collapse of Ukraine.  To avert fiasco, Merkel must now discuss a truce with Putin. In return for a ceasefire, separatists would be granted broad autonomy in eastern Ukraine, covering a larger area that than previously planned.
http://www.informationclearinghouse.info/article40909.htm

Ukraine’s Government Is Losing Its War. Here Is Why:
The Ukrainian Government’s problem is that there just aren’t enough nazis, and there’s also not enough money, to do the amounts of killing that need to be done in order to enable Obama’s Ukrainian regime to retain the land in Donbass while eliminating the people there.
http://www.washingtonsblog.com/2015/01/ukraines-government-losing-war.html

Why Are So Many Of The Super Wealthy Preparing Bug Out Locations?
A lot of ultra-rich people are quietly preparing to “bug out” when the time comes.  They are buying survival properties, they are buying farms in far away countries and they are buying deep underground bunkers. What are they scared of?

What Do They Know? Why Are So Many Of The Super Wealthy Preparing Bug Out Locations?

Grassroots sports at risk from heatwaves due to climate change
The extreme heat policies of sports such as tennis, Aussie rules and cricket will have to “dramatically improve” to protect the health of competitors at all levels,
http://www.theguardian.com/environment/2015/jan/30/grassroots-sports-at-risk-from-heatwaves-due-to-climate-change-report-warns?CMP=ema_632

Climate change is lifting Iceland
Researchers have known for some time that land freed from the weight of ice sheets tends to rise. But they did not anticipate just how swiftly the bounce in Iceland was occurring. at 1.4in every year
http://www.theguardian.com/environment/2015/jan/30/climate-change-lifting-iceland-volcanic-eruptions?CMP=ema_565