How Many Jews Died in the German Concentration Camps?
It has been a common belief that about six million Jews died in the camps. Most laymen presume this was proven at Nuremberg in 1946. The international court did not prove anything of the sort, however, and historians who have dealt with contemporary German or Jewish history have long since modified this description.
http://www.ihr.org/jhr/v11/v11p335_Nordling.html

The Influence of Israel and it’s American Lobby over US Middle East Policy
The apparent ability of Israel, one of the world’s smallest countries, to shape the Middle East policies of the world’s remaining superpower has been a source of puzzlement.
http://cosmos.ucc.ie/cs1064/jabowen/IPSC/articles/article0041462.html

Greece: Greenspan predicts exit from euro inevitable
He told the BBC he could not see who would be willing to put up more loans to bolster Greece’s struggling economy. “I don’t think it will be resolved without Greece leaving the eurozone.” UK Chancellor said a Greek exit would cause “deep ructions” for Britain.
http://www.bbc.com/news/business-31249907

Russia and Egypt to establish free trade zone, build nuclear reactor and a Russian industrial zone
This provides a counterweight to the EU. It is likely to further increase tensions with the EU and the US and may upset wealthy Gulf donors who have clashed with Moscow over its support of Syrian President al-Assad.
http://www.middleeasteye.net/news/russia-and-egypt-establish-free-trade-zone-1505432412

The Saudi campaign against the fracking industry may have succeeded
Abandon ship! Riggers flee the collapsing shale oil industry
If ever you wondered what a mass flight of capital might look like when the big end of town finally decides that the fossil fuel industry is coming to an end, then the collapse of the shale oil industry in the US might give an insight.
http://reneweconomy.com.au/2015/abandon-ship-riggers-flee-collapsing-shale-oil-industry-50234 rigs update

Chilcot report will be ‘devastating’
Thirty people, including Tony Blair, are set to be heavily criticised by the Inquiry in its ‘devastating’ attack on the way the war was handled. Among the most explosive parts will be the details of 30 secret letters, notes and conversations between Blair and Bush.
http://www.dailymail.co.uk/news/article-2944230/Chilcot-report-devastating-say-No-10-emerges-THIRTY-firing-line-heavily-critical-Iraq-Inquiry-Blair-s-secret-letters-Bush-revealed-full.html

The methane time bomb
Millions of tons of a greenhouse gas 20 times more potent than C02 is being released into the atmosphere from beneath the Arctic. The sudden release of methane has in the past been responsible for rapid increases in global temperatures, dramatic changes to the climate, and  mass extinction.
http://www.independent.co.uk/environment/climate-change/exclusive-the-methane-time-bomb-938932.html 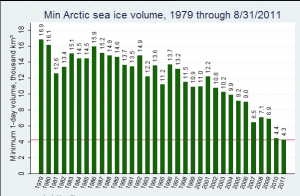 Biggest leak in banking history
Senate banking committee is calling on the US government to explain what action it took after receiving a massive cache of leaked data that revealed how the HSBC, the world’s second-largest bank, helped wealthy customers conceal billions of dollars of assets.
http://www.theguardian.com/news/2015/feb/09/hsbc-senate-democrat-us-government-biggest-leak?CMP=ema_565
and
http://www.commondreams.org/news/2015/02/09/rotten-core-banking-exposed-global-outrage-follows-hsbc-revelations

The Velocity of Money
Is current Fed policy inflationary? Given historical economic patterns, the answer is no. QE becomes an issue when its time for the Fed to implement its exit strategy.
http://bill-seyfried.blogspot.com.au/2012/07/recent-monetary-policy-role-of-velocity.html

Al Qaeda’s Bookkeeper Spills The Beans
Zacarias Moussaoui was the bookkeeper for Al Qaeda, but the US intelligence services have been keeping this fact secret – as much as they can. His relevant testimony in court is quoted. Very interesting if you are interested.
http://www.countercurrents.org/zuesse110215.htm

Fat guidelines lacked any solid scientific evidence
Researchers claim dietary advice around fat consumption, followed by millions for the past 30 years, should never have been issued
http://www.theguardian.com/lifeandstyle/2015/feb/10/fat-guidelines-lacked-any-solid-scientific-evidence-study-concludes?CMP=ema_632

Did the Big Bang ever happen?
A new quantum model predicts universe has NO beginning. ‘As far as we can see, since different points in the universe never actually converged in the past, it did not have a beginning. It lasted forever. It will also not have an end…In other words, there is no singularity. This concept could explain dark energy.
http://www.dailymail.co.uk/sciencetech/article-2947967/Did-Big-Bang-happen-Quantum-model-predicts-universe-NO-beginning-explain-dark-energy.html

Top scientists preparing for the end times
Artificial Intelligence – because it lacks our cultural, emotional and social intuition – might adopt dangerous methods to pursue its goals. Telling machines to achieve a simple goal and to avoid hurting humans turns out to be very difficult in practice.
http://www.newstatesman.com/sci-tech/2014/09/apocalypse-soon-scientists-preparing-end-times

A Shock to the System
Marine mass destruction is justified by the EU in the name of “scientific research”. Pulse trawling uses electricity to flush flatfish or shrimp out of the sediments in which they hide. The electric shock makes them convulse and flip upwards, into the net.
http://www.monbiot.com/2015/02/09/a-shock-to-the-system/

Australia’s Two Biggest Energy Retailers Moving Into Solar Market
Both Origin Energy and AGL Energy are investing millions into building up substantial solar teams that will focus on the household and business markets, offering leases and power purchase agreements in a new attempt to dominate the rooftop solar market.
http://cleantechnica.com/2015/02/10/australias-two-biggest-energy-retailers-moving-solar-market/?

Rooftop Solar Is Now Cheaper Than The Grid In 42 Of Top 50 US Cities
Buying an average-sized, fully-financed solar PV system costs less than electricity from the local utility for 93% of single-family homeowners in America’s 50 largest cities, and in most places, is a better investment than many stocks.