The corporate grip on opinion in the United States is one of the wonders of the Western world. No First World country has ever managed to eliminate objectivity so entirely from its media – much less dissent.
Gore Vidal

I have a question:
I have been told that engineers have found cracks under Warragamba dam (possibly caused by coal mining under the dam) through which our water supply is seeping away. They have tried to fix the leaks but haven’t been successful. It is worrying that the government may be keeping this problem under wraps. DOES ANYONE HAVE ANY INFORMATION ON THIS?

Hope Among the Ruins?
Fascinating suggestions for a new order in the banking world
http://www.monbiot.com/2015/02/17/hope-among-the-ruins 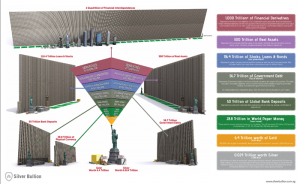 Iraqi Army Downs Two British Planes Carrying Weapons for ISIL
Numerous flights by the US-led coalition that airdrop weapons and supplies for IS shows US prefers a chaotic situation in Anbar Province. It is near Baghdad. The US does not want the crisis to end.

Financial War: US Wants to Trigger Russian Bankruptcies
If loans due in dollars during the coming year cannot be rolled over there would be a “devastating” impact on the Russian economy The US intends to use a technical trick to shorten the duration of existing loans and credits to Russian banks, energy companies and arms companies. In another move the US is moving to exclude Russia from the SWIFT system that enables electronic transactions instead of paper. This is particularly feared by the Russians, who are rushing to install an alternative. American rating agencies have already classified Russian government bonds as junk so some large pension funds are legally obliged to withdraw, all intended to destroy the rouble.
http://www.washingtonsblog.com/2015/02/financial-war-us-wants-trigger-wave-russian-bankruptcies.html

100 reasons to ‘Audit The Fed’
We like to think that we have a government “of the people, by the people, for the people”, but the truth is that an unelected, unaccountable group has far more power over our economy than anyone else. The Federal Reserve is “independent” of the government,  “not an agency” and therefore not subject to the Freedom of Information Act. 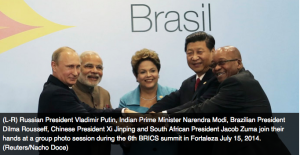 Russia’s roadmap for annexing eastern Ukraine leaked from Putin’s office
A bombshell document showing a ‘step-by-step’ guide to taking Crimea and other eastern Ukrainian provinces more than a year ago
http://www.independent.co.uk/news/world/europe/russias-roadmap-for-annexing-eastern-ukraine-leaked-from-vladimir-putins-office-10069203.html

The next move on Ukraine
Crimea has been reclaimed, and Ukraine’s drive to join Europe’s mainstream and possibly Nato seems more problematic now that Moscow has shown how far it will go to prevent this. …. Russia also dominates South Ossetia and Abkhazia in Georgia and signed a border agreement with South Ossetia last week.
http://www.thenews.com.pk/Todays-News-1-303467-Putin-surveys-the-map-as-he-ponders-next-move-on-Ukraine
And not unexpectedly:
Putin: Gas supplies to Europe could suffer in 3-4 days if Kiev doesn’t pay
http://rt.com/news/235459-putin-gas-ukraine-europe/

Washington Has Resurrected The Threat Of Nuclear War
Former US Ambassador to the Soviet Union (1987-91) Jack Matlock is astonished by the dismissal of Russia as merely “a regional power” of little consequence to the powerful US. No country armed with numerous, accurate, and mobile ICBMs is a limited regional power. This is the kind of hubristic miscalculation that ends in world destruction. The Ukraine has been part of Russia for centuries and NATO has no business being there. It is the violations of promises made to Russia not to expand NATO eastward that has recreated the lack of trust that Reagan had successfully obtained.
http://www.larouchepub.com/eiw/public/2015/2015_1-9/2015-08/pdf/10-14_4208.pdfvercome.

Dozens of new craters suspected in northern Russia
The parapet suggests an underground explosion. “The absence of charred rock and traces of  significant erosion shows it was a gas-explosive mechanism. A concentration of 5-to-16% of methane is explosive.
http://siberiantimes.com/science/casestudy/news/n0127-dozens-of-mysterious-new-craters-suspected-in-northern-russia/

Lester Brown: Dust Bowl Conditions Spreading Over Africa And Asia
“We are pushing against the limits of land that can be plowed and the land available for grazing and there are two areas of the world in which we are in serious trouble now. One is the Sahel region of Africa, from Senegal to Somalia where a huge dust bowl is forming that  stretches right across the continent, and it is removing the top soil – this is serious.”
http://www.countercurrents.org/queally250215.htm

Toxic water worse at Fukushima
About 350 tons of toxic water are generated daily in the process of cooling three reactors at the Fukushima plant that suffered meltdowns during the 2011 earthquake and tsunami. “The situation … remains very complex, with the increasing amount of contaminated water posing a short-term challenge”
http://www.news24.com/Green/News/Toxic-water-worse-at-Fukushima-20150217
and
Fresh leak at Fukushima nuclear plant sees 70-fold radiation spike
http://rt.com/news/234547-fukushima-new-leak-nuclear/ 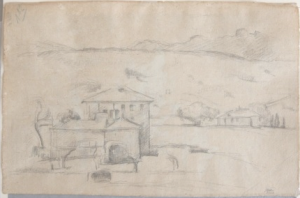 Statins
Dr. MaryAnne Demasi’s documentary on the activity of the pharmaceutical industry regarding cholesterol-lowering statin drugs sent shock waves through the mainstream media in Australia at the end of 2013. Published in two parts on The Catalyst, the pharmaceutical industry complained so loudly the network removed the videos from their website and from YouTube. Dr. Michael Eades has published them here.
http://www.informationclearinghouse.info/article41045.htm

Birth right
25 years ago we ranked 50 countries according to where would be the best place to be born. Then, America came top. The new quality-of-life index links the results of subjective life-satisfaction surveys—how happy people say they are—to objective determinants across 80 countries. Oz is second, the US now 16th.
http://www.economist.com/blogs/graphicdetail/2013/01/daily-chart?fsrc=scn/tw/te/bl/ed/birthright 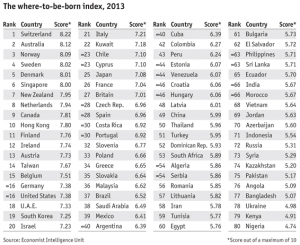 Reading the Greek Deal Correctly
Negotiations can continue because Chancellor Merkel preferred not to be the leader responsible for the fragmentation of Europe.
http://www.commondreams.org/views/2015/02/24/reading-greek-deal-correctly

The Madrid Earthquake That Divides The US
The faults responsible for the New Madrid Seismic Zone are embedded in a subsurface geological feature known as the Reelfoot Rift that formed during the breakup of the supercontinent Rodinia in the Neoproterozoic Era (about 750 million years ago). The resulting rift system have made the Earth’s crust mechanically weak and would allow the relatively small east-west compressive forces associated with the continuing continental drift to reactivate old faults making the area unusually prone to earthquakes in spite of it being far from the nearest tectonic plate boundary.