(I will be overseas for the next three months, mainly in France with my beloved churches. I will continue to send out Newsletters each Saturday, though they may have a few less goodies.)

This is a most interesting assessment of US policies. Well worth considering.
Chaos – not Victory – is Empire’s Game
That’s the way (i) to control people, nations and their resources; (ii) to assures the west a continuous need for military; and (iii) to push a country into disarray or chaos so it becomes broke so it needs money – money with hardship conditions attached by the World Bank that equals enslavement.
http://www.informationclearinghouse.info/article41771.htm
Clinton made Libya a ‘jihadist wonderland’
“It was a big mistake for us to go in there in the first place, because a lot of the times when we topple secular dictators, we’ve gotten chaos and then we’ve gotten the rise of radical Islam, It made Libya a hotbed for jihadists.”
http://thehill.com/blogs/ballot-box/presidential-races/241555-paul-clinton-made-libya-a-jihadist-wonderland
To protect Washington’s unique power status following the Soviet collapse, Paul Wolfowitz in 1992 penned what is known as The Wolfowitz Doctrine. This is the basis for Washington’s foreign policy.
“Our first objective is to prevent the re-emergence of a new rival, either on the territory of the former Soviet Union or elsewhere, that poses a threat on the order of that posed formerly by the Soviet Union. This is a dominant consideration underlying the new regional defense strategy and requires that we endeavor to prevent any hostile power from dominating a region whose resources would, under consolidated control, be sufficient to generate global power.”
In March of this year the Council on Foreign Relations extended this doctrine to China. Washington is now committed to blocking the rise of two large nuclear-armed countries. This commitment is the reason for the crisis that Washington has created in Ukraine and for its use as anti-Russian propaganda. China is now confronted with the Pivot to Asia and the construction of new US naval and air bases to ensure Washington’s control of the South China Sea, which is now defined as an area of American National Interest.

The Blindness of the European Union in the Face of US Military Strategy
EU officials are completely wrong regarding Islamist attacks in Europe and the migration of people fleeing wars. This is not the accidental consequence of conflict in the broader Middle East and Africa, but a strategic objective of the United States.
http://www.voltairenet.org/article187529.html

Snowden says Australia watching its citizens ‘all the time’
He warned that journalists are at risk of having their contacts exposed by mass surveillance. “Under these mandatory metadata laws you can immediately see who journalists are contacting, from which you can derive their sources.”
http://rt.com/news/257193-snowden-australia-surveillance-metadata/

The Big Business Of Cancer
100 billion dollars was spent on cancer drugs last year. At the beginning of the last century, one person in twenty would get cancer. In the 1940s it was one out of every sixteen people. In the 1970s it was one person out of ten. Today one person out of three gets cancer in the course of their life.We live in a society that is highly toxic, and it is getting worse with each passing day.

Sea level rising faster in past 20 years than in entire 20th century
Sea levels are predicted to rise by close to a meter in the next 85 years. That would affect more than 150 million people living in low-lying coastal communities.
http://www.abc.net.au/news/2015-05-12/sea-level-rise-accelerates-faster-in-past-20-years/6461752 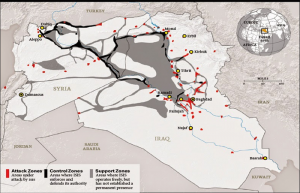 The Real Lessons of the Tory Victory
We cannot imagine a different world, a different economic system, a different media landscape, because our intellectual horizons have been totally restricted by the media conglomerates that control our newspapers, our TV and radio stations, the films we watch, the video games we play, the music we listen to.
http://www.informationclearinghouse.info/article41803.htm

Russia’s Stumbling Pivot to Asia
Moscow and Beijing are trying to cement closer ties, but delays in high-profile energy deals highlight lingering tensions between them.  The reality is that competing interests and clashing visions everywhere from Central Asia to China’s own backyard are keeping Moscow and Beijing from consummating their courtship.

The Short Life and Speedy Death of Russia’s Silicon Valley
In 2009, Moscow unveiled an ambitious plan to build a world-class technology incubator. Then corruption, brain drain, and Putin killed it.

The Short Life and Speedy Death of Russia’s Silicon Valley

Extreme secrecy eroding support for Obama’s trade pact
Classified briefings and bill-readings in basement rooms are making members queasy. If you want to hear the details of the TPP trade deal, you’ve got to be a member of Congress, and you’ve got to go to classified briefings and leave your staff and cellphone at the door. You are handed one section at a time, watched over as you read, and forced to hand over any notes you make before leaving. And no matter what, you can’t discuss the details of what you’ve read.
http://www.politico.com/story/2015/05/secrecy-eroding-support-for-trade-pact-critics-say-117581.html

Scientists weigh up new evidence on Antarctic ice melt
“Most scientists would be hard-pressed to find mechanisms that do not include human-made climate change.”  Since 2003, ice loss over the whole continent increased at the rate of six billion tons a year. West Antarctica’s melting rate, however, accelerated by 18 billion tons a year during the same timespan.

The first named storm of the Atlantic hurricane season formed off the South Carolina coast  nearly a month before the season officially begins.
http://abc13.com/weather/first-named-storm-forms-before-atlantic-hurricane-season-begins/704610/

Iran welcomes Saudi Arabia inspection of its aid ship
The Iranian cargo ship carrying 2,500 tons of humanitarian aid including food and medicine left Iran’s southern Bandar Abbas port on May 11 to the Yemeni port of Hodeida. The ship also carries rescue workers from the Iran’s Red Crescent Society as well as some 20 journalists.
http://en.trend.az/iran/politics/2394001.html
Iran Warns of War if Aid Ship to Yemen Attacked
The deputy chief of staff of the Iranian armed forces warned on Tuesday that Iran would retaliate in force against any country, which attacks an Iranian ship with humanitarian aid on board.
http://sputniknews.com/middleeast/20150513/1022078061.html

Yemen’s War Is Redrawing the Middle East’s Fault Lines
Saudi Arabia’s ongoing war in Yemen does more to highlight the kingdom’s isolation than its power.
http://www.commondreams.org/views/2015/05/12/yemens-war-redrawing-middle-easts-fault-lines

Turkey’s Gas Game
Europe hoped Turkey could help the continent wean itself off Russian fuel. But Ankara might have other plans. This one pipeline, which could deliver gas as early as next year, could endanger a critical alliance the West has spent decades cultivating, and upend Eurasia’s entire energy and security landscape. Turkey would become a middleman for Europe’s energy buyers, and it would be precisely the linchpin Moscow needs to keep an energy hold on the continent.