Isn’t this where we all should be?

Why Hardly Anyone Dies From a Drug Overdose in Portugal

Portugal decriminalised the use of all drugs in 2001. Weed, cocaine, heroin, you name it — Portugal decided to treat possession and use of small quantities of these drugs as a public health issue, not a criminal one.

With this India will become one of the largest green energy producers in the world, surpassing several developed countries,

The generation that launched the Tahrir Square revolution in 2011 is changing the country again.

Not just in California, but all over the world, underground aquifers are being drained rapidly. 21 of the 37 largest aquifers in the world “have passed their sustainability tipping points”.

In the fall of 2013 and early 2014, we started to notice a big, almost-circular mass of water that just didn’t cool as much as usual. By spring of 2014, it was warmer than we had ever seen it for that time of year

‘Iraq is no more’: Congress, Pentagon coming to terms with 3-way split

The nation could be split into a Kurdish, Sunni and Shiite territory if Iraq’s central government cannot convince Sunnis and Kurds they will be an inclusive and protected part of a unified Iraq.

US Strategy In Turkey: Causing The Problem to Provide “The Fix”

Promoting Kurdish independence has become a key piece of US grand strategy for the Middle East. http://www.scoop.co.nz/stories/HL0611/S00158.htm ).

Can Assad’s regime survive the onslaught from Isis and Jabhat al-Nusra?

The Syrian army, outgunned and at times frighteningly outnumbered by its Islamist enemies, is not about to collapse. But here are a few grim facts.

Syria’s million-strong Druze minority  forced into a no-win choice to secure its survival. The Druze are a secretive Islamic sect that number about 700,000 in Syria, 215,000 in Lebanon, and 140,000 in Israel.

During a single attack on a residential building, 742 people lost their lives, while “at least 142 families lost three or more members.” During the 51-day war, 6,000 airstrikes and approximately 50,000 tank and artillery shells killed 1,462 Palestinian civilians, one third of them children.

‘Not Here, Not Now, Not Ever’: Reef Defenders Rise Up in Australia

We are sawing off the limb we are sitting on.’

The planet is entering a “sixth great extinction” that even the most conservative estimates show is killing off species at rates 100 times higher than it would have been without impact of human activity.

12 Signs That The US And China Are Moving Toward War

The Chinese are working feverishly to develop new offensive weapons systems that would only be used in such a war.  We are moving in that direction.  And this is how wars typically happen as events build up over time.

The Injustice Handed Out To Julian Assange Must End

The US criminal investigation against him and WikiLeaks — for the “crime” of exercising a right enshrined in the US constitution, to tell unpalatable truths — is “unprecedented in scale and nature”.

Not ‘If’ But ‘How’: New Study Shows Why All Extreme Weather Is Climate Related

The environment in which all weather events occur is not what it used to be. All storms, without exception, are different. Even if most of them look just like the ones we used to have, they are not the same

The global food system is “under chronic pressure to meet an ever-rising demand, and its vulnerability to acute disruptions is compounded by factors such as climate change, water stress and heightening political instability.”

First Five Months of 2015 Hottest on Record; El Nino is Still Ramping Up

These temperatures are 1.05 degrees Celsius above 1880s. They exceed maximum Holocene values making current warming similar to the Eemian of 150,000 years ago. This pace of greenhouse gas accumulation has never been seen in all the Earth’s deep history. 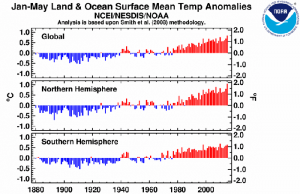 Coalition details strategy to boost solar at expense of wind

IS Plans to Blow up Syria’s Ancient City of Palmyra

The IS militants have planted explosive devices in the most ancient part of Palmyra,

Was Stalin To Blame For World War II?

A Thoughtful Look at the German-Soviet Clash – Could Hitler Have Won?

A generation caught in the attrition trap

Research by the Brotherhood of St Laurence finds those aged 55 and over account for just 8% of the unemployed, whereas those aged under 25 make up more than 40%.