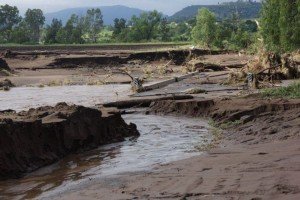 Lockyer resident Diane Bruhn has produced evidence showing that clearing riverine trees increases sedimentation and increases flood risk. She said that the Queensland Government has used the recent floods as an excuse to repeal the sections of the water act controlling clearing of land in the riparian zone of Queensland’s rivers and streams.

“There was so much mud leaving Lockyer Valley farms during recent floods that it stopped the Mt Crosby Water Treatment Plant from working. This massive mud deluge was previously farmland, the stuff we grow our food in, and its now in Moreton Bay. The creeks in the the Lockyer Valley are running so fast during floods that kilometres of roads are just ripped up like paper due to the force. An appalling lack of integrity has been shown by Andrew Cripps,  in promoting this change.” she said. 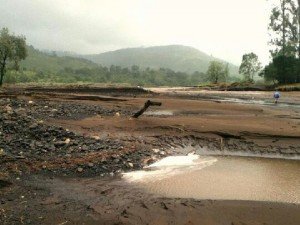 Ms Bruhn has provided significant photographic evidence to a number of enquiries regarding her concerns over land clearing and the increased risk from floods.

Related articles collected by The Generator are listed here. 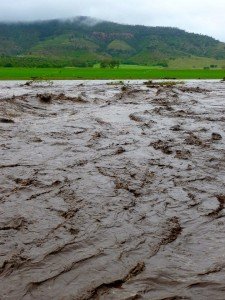 “This decision is simply perverse given the massive erosion which resulted from flooding in cleared creeks over the Australia Day Weekend in the Lockyer Valley. In some instances whole farms were wiped out by erosion along severely degraded and unstable creeks.

“Which farmers are the Newman Government trying to ‘help’?

“The science is clear and evidenced across the world that cleared creeks erode, damage farmland and produce fast running flood waters which put people, animals and infrastructure at huge risk.