Percentage of global population living in cities, by continent

Percentage of global population living in cities, by continent 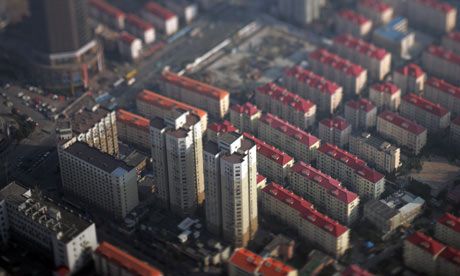 Since 1950 there has been a huge worldwide increase in the percentage of population living within cities. The trend shows no sign of stopping – for the next 20 years, the flow of people is predicted to continue soaring.

Some commentators believe this move to urban living is good for the environment because of denser housing and greater use of public transport. Studies have shown city dwellers on four continents have smaller carbon footprints than their countries’ national averages.

In 1950, the population living in UK cities was 79% – already a large figure – but one which is set to rise to 92.2% by 2030. Elsewhere, China’s percentage rose from 13% to 40.4% between the years 1950-2005, and is predicted to rise to 60.3% by 2030. With so many migrating from rural areas, what does this mean for Chinese agriculture and its domestic food security? In all likelihood, it will look more like the UK – importing an increasing proportion of its food with the wealth generated by its urban industry and commerce.

But it’s Botswana that has experienced the largest influx. Next year, 61.2% of its population are expected to live in urban areas, yet back in 1950 only 2.7% of Botswanans lived in cities.

• DATA: Percentage of global population living in cities, by continent 1950 to 2030