The companies, prisons and cities making energy from human waste

The companies, prisons and cities making energy from human waste

The ‘ick’ factor is inescapable but human waste is a cost-efficient way to produce energy. The problem is there’s not enough of it 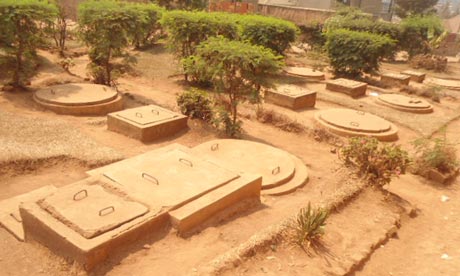 At Bugesera prison in Rwanda, prisoners do what prisoners usually do: eat, sleep, work, co-exist in a highly confined space. But the Bugesera inmates, leaders of Rwanda’s genocide, are also unlikely sustainable business pioneers. Their human waste is turned into energy that runs the prison.

“10 of our 13 correctional facilities now produce bio-gas from inmates’ human waste”, Rwanda’s deputy governor of prisons, Mary Gahonzayire explains. “Bugesera and another prison are run almost entirely on bio-gas. This is an opportunity that came up after the genocide, when the prisons got crowded. We thought, ‘why not use human waste for energy?'” The 10 prisons currently house 55,000 inmates. Now Rwanda’s government plans to expand human-waste energy to schools and hospitals.

Welcome to the new world of sustainable energy, where developing countries are taking the lead – by turning their sanitation problems into an asset. In India, bio-gas kits from companies such as Biotech India allow families to collect their human and animal waste and transform it into energy and cooking gas.

In China, a group called the Shaanxi Mothers has installed more than 1,300 bio-gas plants in Shaanxi Province. And in Accra, the US-Ghanaian company Waste Enterprisers has just inaugurated its first human-waste energy plant. “Human waste is an ideal source of energy”, explains Kartik Chandran, associate professor Department of Earth and Environmental Engineering at Columbia University. “It has the right constituents, and in the form we need them. And in many parts of the world it’s right there.” According to the United Nations, some 2.5 billion people around the world lack access to proper sanitation.

Making energy from human waste is, of course, far from a new idea. “In cities like Boston they’ve been doing it for years”, notes Jason Kass, director of Toilets for People, a sanitation advocacy group. “But it’s expensive and the plants are difficult to maintain.”

Grassroots projects, for their part, have been operating for several years. What’s changing now is efforts to move this clever combination of waste removal and sustainable energy beyond the Boston-or-grassroots level to a profitable business model. “We’d like to scale our project and make each unit cheaper”, explains managing director Dr A Saji Das of Biotech India. “Poor people can produce more than 50% of their energy needs from their waste. Here in India, more human-waste energy would also help solve the problem of deforestation.” 32,000 families and 47 municipalities currently use BioTech India’s bio-gas kit.

Jack Sim, founder and CEO of World Toilet Day, recently declared an official United Nations day adds: “Turning human waste into energy is a good solution even if it doesn’t make money, because it prevents disease. Treating diseases costs a lot of money.”

But researchers and companies know that human waste has to become more cost-effective. “Today the process is not optimised,” explains Chandran. “Bio-gas is very good, but there’s room to make it more efficient. And biodiesel, which is less common than bio-gas, currently sells at $7-8 per gallon. In order to be a competitive energy source, bio-gas needs a higher energy content, and we need to find a good way of converting bio-gas into liquid fuels.”

Waste Enterprisers, which collects fecal sludge from Accra and turns the solid waste into fuel, plans to open three more plants in Africa in the next three years and then expand faster. The best financial solution, argues CEO Ashley Murray, is to sell to factories: “Households could use it, but to generate volume you have to sell to large buyers. Plus, there’s the ick factor. People don’t like to cook with poo.”

With greater cost-efficiency, human-waste energy is poised to become a serious player. The main problem? The human body simply produces too little of it. Even if combined with animal waste, human waste doesn’t compare to the world’s oil resources. “I don’t think human-waste energy will ever be profitable”, says Kass. “Any efforts getting something useful out of human waste should be celebrated. But if Boston can’t make any money on it, how could developing countries?”

But, says Chandran, for countries with high education levels and substandard sanitation infrastructure, loo power is a huge opportunity: “China, India, South Africa, Brazil, even less developed countries in Europe could turn their sanitation disadvantage to a commercial advantage. Densely populated cities, especially if they’re a bit agrarian and have animal waste as well, could even generate this energy for export.”

These days, Rwanda’s prisons receive frequent visits from foreign government officials who want to replicate the energy generation at home. And for Mary Gahonzayire, the advantages of loo power are beyond doubt: “We save firewood, we save money, but most importantly, we save the environment!