Speculation is perfectly all right, but if you stay there you’ve only founded a superstition. If you test it, you’ve started a science

These images show some of the defining moments of the past seven months — some that made it to mainstream media coverage and others unseen until now. Among the ever-growing lessons this place has taught me is what it means to simultaneously build and tear down. The life we have built here has taught many how to live a large-scale sustainable, decolonized, anticapitalist lifestyle that until now academics, sociologists, theoreticians, and greenies alike have only been able to hypothesize.

Global warming didn’t really get started in a big way until the 1950s. Today, the warming rate is seven times greater than it was in the 1950s and the carbon emission rate is four times greater than in the ’50s. That same sulfur pollution that caused all the acid rain in the ’60s and ’70s is a global cooling pollutant that hides warming. With grossly increasing smog in Asia since about the turn of the century, the results have been that 30 percent of warming that should have occurred has been masked or covered up by global cooling sulfate smog.

As the year comes to a close, there’s a few memories that really stand out. “I’ll remember the winning moments of the campaign to stop the privatisation of ASIC, and succeeding in saving funding for renewables. I’ll remember being among the crowds of people rallying for justice for refugees and people seeking safety.”

US Aims to Break Russia With Arms Race

During the Reagan presidency, the US embarked on a surge in military spending which inevitably induced the Soviet Union to respond likewise. Both countries incurred massive financial problems owing to the accelerated arms race. In the case of the Soviet Union, the unsustainable arms expenditures led to the collapse of its economy, and consequently its political system dissolved in 1991. At all costs, Russia must avoid an arms race that would shatter its economy and eventually its national sovereignty. That is exactly what American adversaries want.

Why Putin Is Winning in Syria

Recent press headlines about Syrian peace talks and a possible ceasefire reflect naivete and false hopes that come from thinking the world is the way we wish it to be and not the way it really is.  Russian President Vladimir Putin’s geopolitical gambit in Syria is poorly understood and generally underestimated

Assad is not going to be removed by force of arms or at the negotiating table. What Britain should do now is three things: we should stop supporting a failed and divided opposition; we should start to try to help the people of Syria by lifting sanctions; and we should be working with the Russians on an overdue political settlement.

Israel has been angered by the vote and has retaliated by announcing that it would cut funding to several UN institutions and countries who voted in favor of the resolution which proposes that Israel cease its settlement building in occupied Palestinian lands, stating that the settlements have “no legal validity and constitute a flagrant violation under international law.”

The UN Security Council’s passage of Resolution 2334, which condemns the settlements and calls for an immediate halt to their expansion, is merely the latest — and possibly most reverberant — incident to unmask the fiction of Israel’s commitment to a viable two-state solution.

Kerry: ‘Israel Can Either Be Jewish or Democratic — It Cannot Be Both’

Today, there are a similar number of Jews and Palestinians living between the Jordan River and the Mediterranean Sea. They have a choice. They can choose to live together in one state or they can separate into two states. But here is a fundamental reality. If the choice is one state, Israel can either be Jewish or democratic. It cannot be both. And it won’t ever really be at peace.

The Demise of Greece’s Agricultural Commons

The strategy of the West of dumping its hazardous agricultural technologies and seeds on Greece and every other country that did not industrialize its countryside is threatening millennia of agrarian wisdom and practice,

As the Sun Sets On The Nuclear Wasteland

The ruinous consequences of seventy years of nuclearisation are now patently manifest. The Hanford facility in the US, Sellafield in the UK and the Mayak Industrial Complex in the former USSR have all served as “sacrifice zones” where plutonium pits were manufactured for deployment in nuclear warheads during the Cold War era. They are now vast nuclear wastelands with unthinkable quantities of radioactive wastes stored in ageing containers and leaking landfill sites. Less visibly, countless abandoned uranium mines throughout the world continue to release radioactivity into the air, soil, local waterways and groundwater.

Turkey Blasts the US for Supporting Terrorists in Syria

There is now “confirmed evidence, with pictures, photos and videos” of US complicity in and support of terrorist groups in Syria, including the Islamic State group

Huge stockpiles of weaponry and ammunition, many with NATO markings, were discovered in East Aleppo when the Al-Nusra militants, a local branch of Al Qaida, were pushed out of the city by Syrian forces.

Corporate America Is Drowning in Debt

If you remove the top 25 cash holders, you’ll find that for most of Corporate America, cash on hand is declining even as these companies rack up more and more debt at historic rates. The bottom 99% of corporate borrowers have just $900 billion in cash on hand to back up $6 trillion in debt. “This resulted in a cash-to-debt ratio of 12%—the lowest recorded over the past decade

“It did this spectacular manoeuvre where it slid down the back of the first car and jumped onto bonnet of the second car and scrambled over the top of that.” 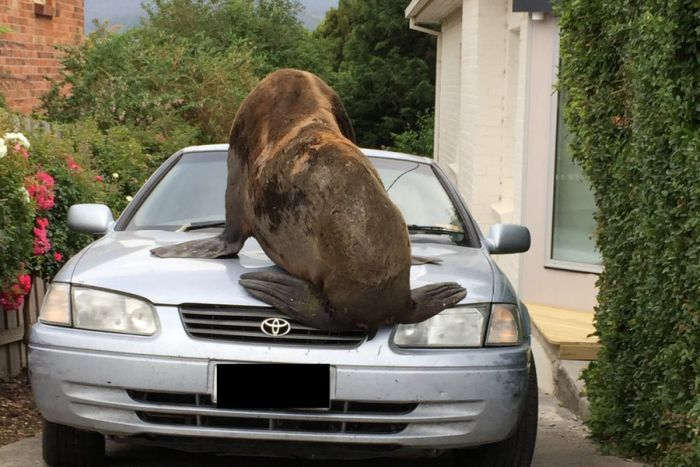