I want to know God’s thoughts, the rest is detail

“In our area, which is not served by piped water, we spend up to five hours a day fetching water. Our crops dry up, while we desperately wait for rain.”

In Yemen, Yet Another Undeclared US War

The United States has been directing drone strikes against what it calls al-Qaeda targets in Yemen since 2002, but our military involvement in that country increased dramatically in 2015 when U.S. ally Saudi Arabia inserted itself into a civil war there. Since then, the United States has been supplying intelligence and mid-air refueling for Saudi bombers (many of them American-made F-15s sold to that country). The State Department has also approved sales to the Saudis of $1.29 billion worth of bombs — “smart” and otherwise — together with $1.15 billion worth of tanks, and half a billion dollars of ammunition. And that, in total, is only a small part of the $115 billion total in military sales the United States has offered Saudi Arabia since President Obama took power in 2009.

It is a multibillion-dollar industry skilfully designed to manipulate public opinion. This propaganda industry stages pseudo-events to shape our perception of reality. The public is so awash in these lies, delivered 24 hours a day through electronic devices and print, that viewers and readers can no longer distinguish between truth and fiction. The object of fake news is to shape public opinion by creating fictional personalities and emotional responses that overwhelm reality. Hillary Clinton, contrary to how she often was portrayed during the recent presidential campaign, never fought on behalf of women and children—she was an advocate for the destruction of a welfare system in which 70% of the recipients were children. She is a tool of the big banks, Wall Street and the war industry. Pseudo-events were created to maintain the fiction of her concern for women and children, her compassion and her connections to ordinary people. Trump never has been a great businessman. He has a long history of bankruptcies and shady business practices. But he played the fictional role of a titan of finance.

If we’ve learned anything this year, it’s that few of Antarctica’s submerged coastal glaciers are safe from the warming ocean. Places that we once thought wouldn’t be vulnerable to melt for decades or centuries are now starting to feel the heat of rising water temperatures. The heat comes in the form of great floods of warmer than normal waters running beneath the ocean surface and then eating away at the undersides of ice shelves and sea fronting glaciers. These floods are provided by the warmth forced into the world ocean by rising global greenhouse gas concentrations. And such invasions are happening around Antarctica’s perimeter with increasing frequency. But perhaps the most disturbing event is the warm water flood running in from the Southern Ocean toward East Antarctica’s Totten Glacier. If large sections of Totten and the associated Aurora Basin were to melt, seas could rise by 12 feet or more. During recent years, researchers identified a great canyon running between 2,000 and 3,600 feet below sea level and stretching six miles wide as a weak point for the Totten glaciers that sit in an enormous, below sea level rift within East Antarctica. The floating ice shelf buttressing Totten is melting from below from a river of warm water flowing at a rate of 220,000 cubic meters per second that is flooding into the vulnerable canyon entrance to Totten’s weak underbelly. This volume of warm water equals more than 30 times that of the Amazon River.

Last year a team of Australian researchers discovered a large channel of warm water about 10 kilometres wide and one kilometre deep in front of the western side of the Totten glacier, causing it to melt.    “This is very important to know because the glacier’s grounding line acts as a sort of plug that restricts the rate of ice flow, and helps hold back massive volumes of ice above sea level.”

Is India the trial run for Australia? We need to be aware.

Demonetisation To Hurt Downtrodden And Empower Digital Marketing in India

The ruling elites who devised this plan, purported to be a ‘surgical attack’ on black money, but which with each day becoming more and more clear that it’s a world bank devised plan (with the support of Bill and Melinda Gates foundation) to shove digital economy down the throat of Indian people which will be beneficial only to Indian and other transnational oligarchs, and suck up wealth from the bottom to the top in a monumental way, with ordinary Indians becoming poorer and the rich getting richer.

Westpac predicts the nation will be cash free by 2022

The Westpac Cash Free Report found four in five (79 per cent) Australians agree making all electronic payments via a smartphone will become the norm by 2022, with over half of current payments now made electronically.

Blockchain and how it will change everything

There is massive hype around blockchain in certain circles even though there are yet few working networks. However, extensive testing of the technology is now beginning.

How we could become a cashless society by 2022

We are quickly moving closer to becoming a cashless society and predict we will no longer be using notes and coins by 2022.

Bitcoin is just the beginning

If payments can be made anywhere, anytime, across any device, why do you need a currency? Or even a bank? Fintech is set to change finance as profoundly as the issuance of the first permanent banknotes by the Bank of England did, way back in 1695. Financial technology is not only changing the way people purchase and invest, it’s changing the very definition of money as well.

Extensive networks of ISIS tunnels have been uncovered in many of the liberated areas of Iraq. A guerrilla warfare tactic, the ISIS tunnels served many different functions. They allowed ISIS fighters to pass between houses and under roads undetected, and to avoid coalition airstrikes. They also allowed fighters to pop up at various points and ambush their enemy, or to quickly escape. No one knows exactly how long it took ISIS to build the tunnels, but they had large-scale drilling machinery to help them.

Some endangered marine animals, including several whale and seal species, are “cryptic species”: they’re genetically different but look alike. This means that they are often mistaken for one another when identified visually, making conservation plans difficult to implement. However, most animals produce species-specific calls. Eavesdropping on their calls therefore provides a unique way to monitor them. This is completely rewriting our understanding of their population recovery. https://theconversation.com/eavesdropping-reveals-hidden-marine-mammal-populations-in-the-ocean-68968

Huge swaths of north and central China have been living under a pollution “red alert” since last Friday when a dangerous cocktail of pollutants transformed the skies into a yellow and charcoal-tinted haze. Greenpeace claimed the calamity had affected a population equivalent to those of the United States, Canada and Mexico combined with some 460m people having to breathe either hazardous pollution or heavy levels of smog in recent days.

Gallup’s U.S. Economic Confidence Index has never been higher than it is today.

The “Trumphoria” that has gripped the nation ever since Donald Trump’s miraculous victory on election night shows no signs of letting up.  Tens of millions of Americans that were deeply troubled by Barack Obama’s policies over the last eight years are feeling optimistic about the future for the first time in a very long while.  The stock market keeps hitting record high after record high, the US dollar is now the strongest that it has been in 14 years, and CEOs are personally promising Trump that they will bring jobs back to the US.  These are things worth getting excited about.

A\an extraordinary shift appears to have taken place between 1997 and 2007. In 1997, the dominant values among 9-11 year olds were community feeling, followed by benevolence. Fame came 15th out of the 16 values tested. By 2007 fame came first, followed by achievement, image, popularity and financial success. Community feeling had fallen to 11th; benevolence to 12th.

Aleppo: High Point for the Iranian Venture in Syria

For the time being, the Islamic Republic of Iran revels in the fulfilment of the “divine promise” embodied by its victory in Aleppo. The Pasdaran, or Guardians of the Revolution, have given their all for five long years. They have steadfastly supported Bashar al-Assad’s shaky army. They have mobilized and trained combat-ready auxiliary Syrian forces, imported thousands of Lebanese Hezbollah fighters and Iraqi Shia militiamen,

Rampant road building has shattered the Earth’s land into 600,000 fragments, most of which are too tiny to support significant wildlife.

Julian Assange saying Kremlin is NOT its source

He says the allegations are a ‘foolish’ and ‘dangerous’ effort by Democrats to overturn Donald Trump’s election victory.

Ah, So Putin Didn’t Hack Those Emails After All

Why Are the Media Taking the CIA’s Hacking Claims at Face Value?

Despite the CIA’s uninspiring record for the past 70 years, the media are defending the agency for all it’s worth.

US sends 1,600 tanks to the Netherlands as NATO’s presence in Europe hits RECORD HIGH

The decision to ship the US tanks to Europe comes after Polish defence minister Antoni Macierewicz announced plans to send 4,000 American troops to the western town of Zagan in the new year.

During its final years in office, the Obama administration has devised a new form of warfare with major implications for how the US government confronts its enemies. With the ability to quickly locate and eliminate potential adversaries with little to no risk to US forces, the Obama administration has begun to eradicate some of its main enemies in a new kind of exterminatory warfare. Officials may insist that they are going to eliminate IS and other militant groups, but they also expect that their operations will spawn new groups that will need to be confronted in similar ways.

How the US has moved, big time, onto a continent that may indeed, in the military’s own phrase, be tomorrow’s battlefield and yet that we hear next to nothing about. On any given day, between 1,500 and 1,700 American special operators and support personnel are deployed somewhere on the continent.  Over the course of a year they conduct missions in more than 20 countries.

The Euro Is Heading For Parity With The US Dollar

The collapse of the euro is accelerating, and it looks like we could be staring a major European financial crisis right in the face early in 2017.  On Thursday, the EUR/USD fell all the way to $1.0366 at one point before rebounding slightly.  That represents the lowest that the euro has been relative to the U.S. dollar since January 2003. The world’s oldest bank has until Dec. 31 to raise 5 billion euros in equity or face being wound down by the European Central Bank, potentially triggering a wider banking and political crisis in Italy. If needed, the government will pump 15 billion euros into the Siena-based lender and several other smaller banks

Only 10% of Gazans can safely drink the water piped into their homes. The aquifer’s water level has plummeted due to overpumping because of population growth, but does not address the root cause of the water crisis: Israel’s punitive military occupation of the region and its total control of Gaza’s water supply. 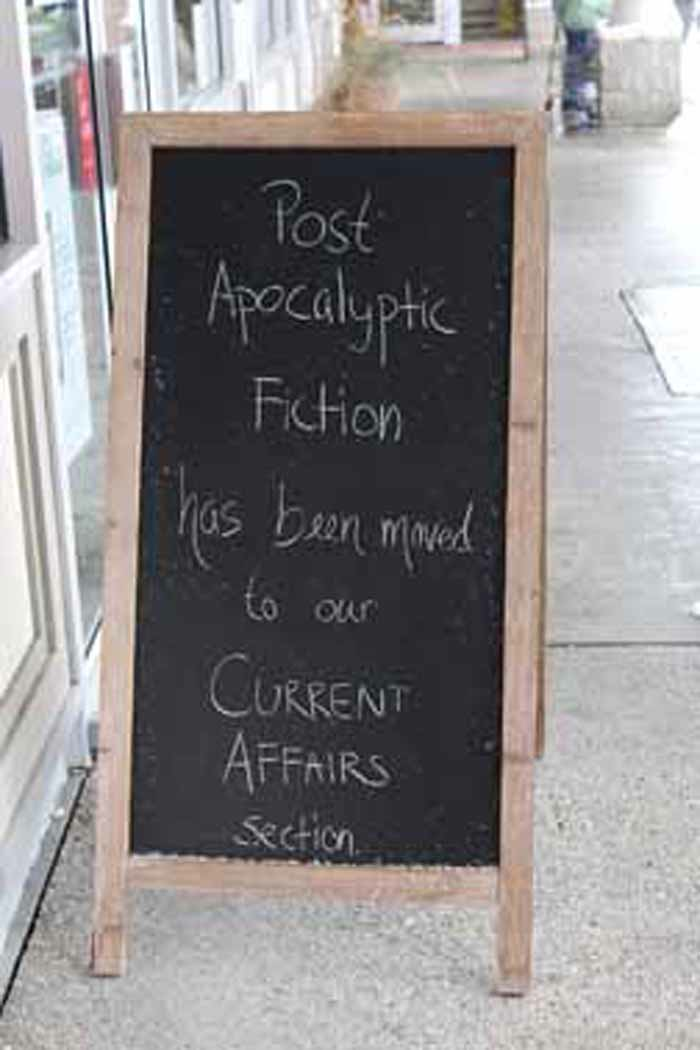