It is the function of the CIA to keep the world unstable, and to propagandize and teach the American people to hate, so we will let the Establishment spend any amount of money on arms

100% renewable energy for all is achievable by 2050, and is the only way to ensure the world does not descend into catastrophic climate change. This would stabilise global CO2 emissions by 2020, and bring emissions  to near zero emissions in 2050. The financial costs would be cheaper than retaining the status quo in the face of climate change. The cost of its plan is “huge” but “the savings are even bigger.” The global additional investment is roughly $1 trillion a year until 2050, and as renewables don’t require continuous fuel inputs, the savings would be $1.07 trillion a year.

Protestors To Sue Soldiers After Being Stripped Naked, Assaulted, Threatened With Rape

This is Australia, not the US, yet it happened here. Does this reflect the changed mood coming from government having replaced the Ozzie principle of fair play and decency with confrontation and retrenchment.

Corbyn represents very real sentiment of the population in the UK, and increasingly so in the US.

Beijing is creating a carbon market that could be a big deal for China’s economy — and leave Washington (and Australia) playing catch-up.

These include prioritizing green energy on China’s grid, a cap-and-trade or emissions trading system for China, additional low-carbon financing to developing countries, and emissions standards for heavy duty vehicles.

Nine in 10 US catholics approve of the direction in which Francis is leading the Catholic Church, and two-thirds of Catholics believe it is appropriate for the pope to “urge government action on social, economic, and environmental issues.”

VW may have accelerated push to hybrids and full electric vehicles

Why spend millions of dollars on a “defeat device” and the software to activate it at the right moment. Neither is a trivial piece of engineering. Why not just build a cleaner engine?

A Culture of Victimhood Is Developing Among the Inhabitants of the Planet’s Sole Superpower. In the 1990s there hadn’t been a moment like it in historical memory: a single “hyperpower” with a military force beyond compare looming over a planet without rivals. Now, leap to the present and note the rising tide of paranoia and the litany of predictions of doom and disaster.

Leave it to Vlad

Iran’s Rouhani took pains to note that Iran and Russia were not joining together in a “coalition” in Syria. They were sharing intelligence. They were discussing strategy. They were in constant communication. But a coalition? No. Two days later, Iraq announced it too was sharing intelligence with Russia, Iran, and Syria. So perhaps Rouhani was being literal in a different way when he disavowed being in a coalition with Russia — because what he was actually involved in was a coalition with Iraq and Syria as well.

When China Rules the Sea

The US may no longer be the world’s only global naval power.

Chinese Navy sets off for Syria

Beijing has taken decision to take part in combating IS and sent its vessels to the Syrian coast. Thus, the Russian coalition in the region gains ground, and most reasonable step of the US would be to join it. 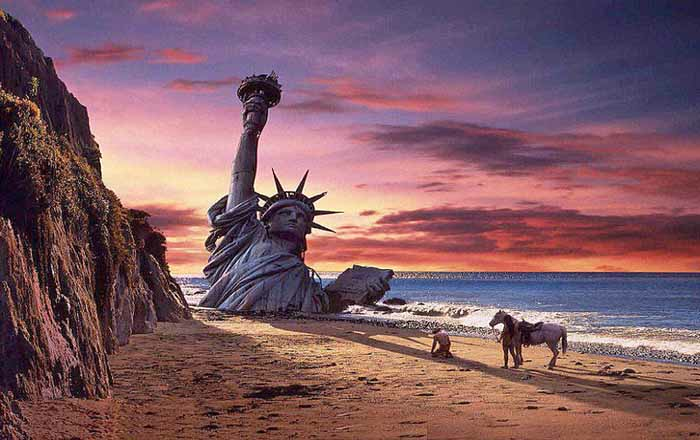 ‘This speeds up procedure’ – how Hungary expels migrants

Hungary’s border with Serbia is fortified not only by the newly built barrier but by heavy police and army patrols. Migrants can now find themselves in court within days of crossing the fence.

Beginning of the end for fossil fuels?

Panic selling swept major global stock-markets on Tuesday in what could be a foretaste of things to come, as investors suddenly woke up to the fact that the game has changed. Fossil fuels and their associated investments are in decline, and the world is heading rapidly towards a new an cleaner technologies.

This is a very intriguing analysis –  DO READ,

Evidence for flowing water on Mars opens the possibility of life: an astonishing achievement. Meanwhile, scientists on Mars continue their search for intelligent life on Earth. In 2014 there were as many news stories broadcast by the BBC and ITV about Madeline McCann (who went missing in 2007) as there were about the entire range of environmental issues.

Sustainable Development: Something New or More of The Same?

Economic growth, as conventionally measured, refers only to goods and services exchanged for money. That means that when self-sufficient villagers stop growing and sharing their own food, stop building their own houses, stop making their own entertainment, etc., and instead go to work at factories or plantations and pay for all of these things, GDP rises and they are considered better off. Their cash incomes may have risen but they are now at the mercy of global markets. When commodity prices plummet (as they are now), when their nation’s currencies fall (as they are now), local prices rise and they are plunged into destitution. This would not happen if they retained some independence from the global commodity economy.

Experiments show that the intensified wind impacts of strong El Niño and La Niña events are likely to double the frequency of extreme sea level occurrences, especially in the tropical southwestern Pacific. 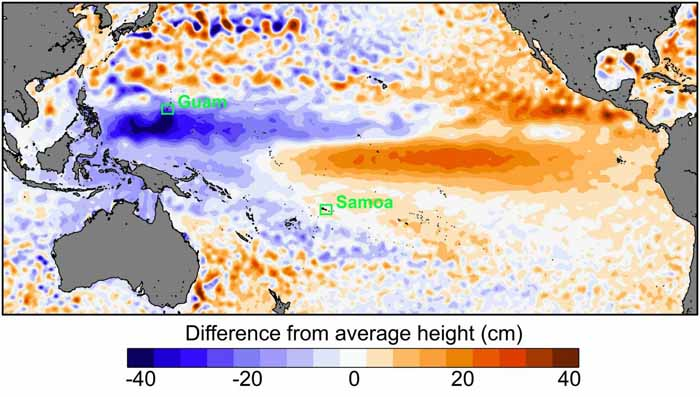 “Ah, the Fed has lost its magic touch”, the analysts opined. The promise of zero rates was no longer enough to push stocks higher. What does this mean?  If the Fed does not have supernatural powers, then who will keep the markets from plunging? Who will keep the bubble intact? Who will save us from a painful correction?

Pope Francis Calls Out the ‘Industry of Death’

In his speech to US lawmakers, the “People’s pope” condemned the arms trade, war profiteering, and even the war on terror itself. and demanded an end to the arms trade…….it means no longer diverting at least 54 cents of every discretionary taxpayer dollar in the federal budget to the US military.

This is what happens when you spend 54% of your budget on war.

The shocking reach of US child poverty

22% of all children live in families that are below the federal poverty level. When you look at how American children fare throughout their pre-adult lives it’s nearly twice as bad.

Once more, the Kremlin is increasingly assertive in the Middle East, and once more, it has surprised the West and gotten closer to its key diplomatic objective: acquiring a regional status on par with Washington’s. Moscow’s goals are to build a buffer against radical jihadists on its southern flank, to export arms and nuclear energy, to project power in the Middle East’s warm waters and beyond, to compete with the West, and, recently, to expand influence among and through regional Christian communities.

Putin’s latest move carries the potential to finish US policy of isolating Russia and mastermind a Ukraine endgame, with the end of sanctions. The nations that really count in the EU want to scrap them, and they will if Putin does what they can’t possibly do; smash the “Caliphate” that is sending wave after wave of refugees towards Fortress Europe. Putin’s long-term aim is to make Russia regain its status of a great power.

“Without any action, this migratory influx will be like the barbarian invasion of the IV century, and the consequences will be the same. We must immediately stop this madness to safeguard our social pact, freedom and identity,”

Major policy progress to avoid miscalculation in the Western Pacific when the two militaries overlap.

Does this not remind us of what happened in the Ukraine, and was threatened in Macedonia?

US ‘preparing’ for hybrid warfare with Russia in Baltics

The Pentagon has shifted its military thinking by selecting Russia’s direct neighbours as the battleground. They employ irregular troops and focus on destabilising the region via mass rallies and cyber-attacks on critical infrastructure,

The direct Russian intervention in Syrian was decided after Turkey’s supported al-Qaida entry into Syrian Kessab and later to Idlib. Russian national interests were threatened. The lost of Idlib upset the battle balance in all of Syria.

The Collapse of Saudi Arabia is Inevitable

Deep-rooted structural realities means that Saudi Arabia is on the brink of protracted state-failure, of a perfect storm of interconnected challenges that will be the monarchy’s undoing well within the next decade.

The Fictional World Has Become Reality

As the various nascent technologies employed and shared by the government and corporations alike—facial recognition, iris scanners, massive databases, behavior prediction software, and so on—are incorporated into a complex, interwoven cyber network aimed at tracking our movements, predicting our thoughts and controlling our behavior, Spielberg’s unnerving vision of the future in Minority Report is fast becoming our reality.